The Imperial community is invited to take part in a competition to name one of the College's supercomputers. 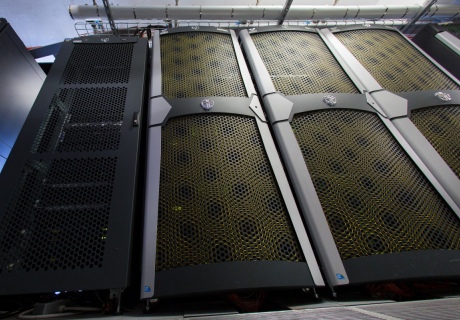 CX2 is getting more memory and now it needs a new name. Will you help it to find one?

Now, Imperial aims to join their ranks by running a naming competition for one of our supercomputers, which currently has the obscure code name ‘CX2’. The competition is an opportunity to tell the Imperial community about CX2’s recent expansion, which will make it much more useful for researchers. It is also a way of reacquainting academics with some facts about the computing resources available to them through the College’s High Performance Computing Service.

You can find out more about the College’s HPC Service here.

The competition is open to all staff, as well as students and alumni of Imperial. Click here to enter the CX2 naming competition.

Following its upgrade CX2 will be able to run multiple models concurrently, to help researchers to figure out some of the world’s complex challenges such as understanding likely future impacts of climate change. The supercomputer can also model complex scenarios, such as understanding how hundreds of moving parts will work in a prototype engine or how to make better materials by modelling how their structure can be manipulated at microscopic and atomic scales. CX2 is also the ‘staging post’ that enables academics to test out their models before applying for valuable processing time on some of the world’s most powerful supercomputers, such as Archer and others in Europe and the US.

Professor Peter Haynes, academic lead for HPC at Imperial and Head of the Department of Materials, said: “Imperial is spending £2 million per year to expand our HPC facilities to ensure they provide a world class service that meets the diverse requirements of our researchers. This competition is one way to bring our service to the attention of potential users across the College, as well as having some fun considering the achievements of past and present members of the Imperial community. What will the new name for CX2 be? Please help us decide! Could it be ‘Gabor’ in honour of Professor Dennis Gabor who invented holography? Or will the winning name come from the current crop of leading lights, such as ‘Haigh’ in honour of Professor Joanna Haigh, Co-Director of the Grantham Institute? This process is in your hands.”