Professor Jordan Nash, Head of the Department of Physics, welcomes guests at the inaugural Blackett Colloquium on Dark Matter

On 24 October, more than 100 alumni and guests joined leading Imperial scientists to explore one of the biggest mysteries in physics, dark matter.

Welcoming guests to the event, Professor Jordan Nash (Head of the Department of Physics) explained that the new Blackett Colloquium lecture series would be an annual opportunity for alumni and members of the public to find out more about the Department’s work.

Professor Nash described Lord Blackett, the namesake of the event and of the physics building, as a “large looming figure in the history of this department” who doubled the number of staff in the Department of Physics during his tenure. The new lecture series was inspired by Blackett’s tremendous impact on the field of Physics, from his 1948 Nobel Prize-winning invention of the counter-controlled cloud chamber to his work on operations research during World War II, which improved the survival odds of convoys.

Introducing the speakers for the inaugural event, Professor Nash said he had purposefully chosen very young and interesting speakers who are working at the forefront of this exciting area of research. 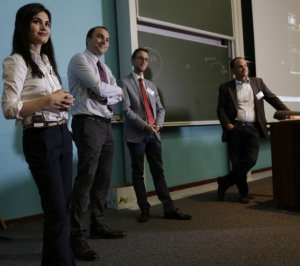 Dr Roberto Trotta (Senior Lecturer in Astrophysics) presented the evidence for dark matter coming from a variety of astrophysical and cosmological observations. He highlighted the need for a cross-disciplinary approach to the dark matter problem, arguing that a combination of all available experimental probes is much more powerful a tool to understand dark matter than any of them taken in isolation.

Watch the full lecture below:

Following the presentations, guests were invited to the Physics Common Room for a champagne and canapé reception overlooking the South Kensington Campus and Royal Albert Hall, giving them an opportunity to meet the speakers and discuss their work further. 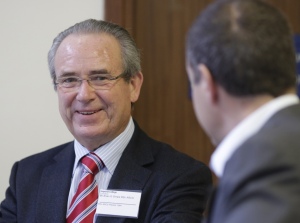 “To be able to discuss my strong amateur interest in cosmology with such learned researchers was both unexpected and rewarding and I will now be able to follow developments in this area without the uncertainties that concerned me previously” said Brian Smale (BSc Physics 1964). “It was a surreal experience to sit in that lecture theatre after more than 50 years, finding that it had not noticeably changed at all. I will never forget the quality of teaching that I enjoyed at Imperial, which laid a firm foundation for ways of thinking that helped me continually throughout my working life.”

Professor Nash had earlier suggested that although scientists are perhaps not as politically influential today as they were in Blackett’s time, Imperial’s science graduates, who spread out far beyond science into a wide network of influence, are the ones who really have the ability to influence the political world now. 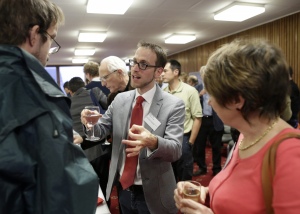 The opportunity to engage with alumni was as much appreciated by the presenters as by the guests. “I was delighted to have the opportunity to discuss the importance and relevance of such fundamental research for society”, said Dr Trotta. “This was a great way to connect with alumni, and it was fantastic to see their engagement with our work. I loved their well-informed and searching questions about the context of our research and why we should be leading on it.”

Professor Lesley Cohen (Department of Physics)  agreed: "The vigorous question and answer session revealed how enthusiastic and well informed our Physics alumni are on the Dark Matter issue. It was pleasing to see familiar faces from the 2014 colloquia showing that this annual alumni event is a successful way to stay in touch and network with the wider community interested in physics and interested in the Department."

View a slideshow of images from the event below, or see the full gallery on Flickr. 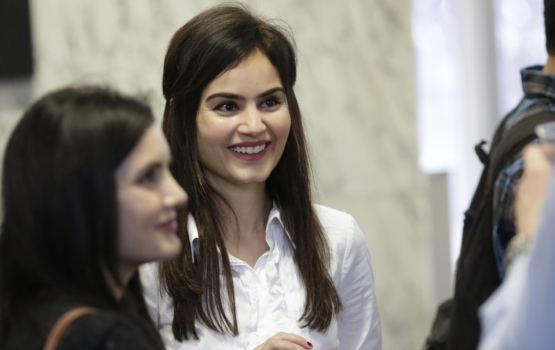 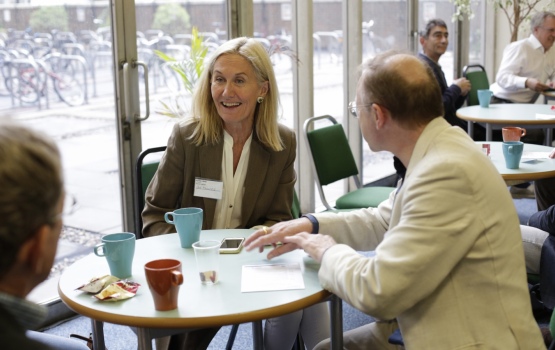 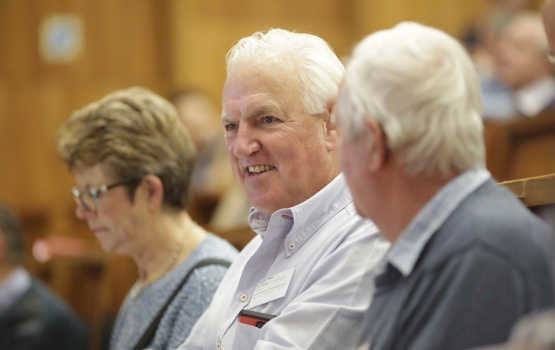 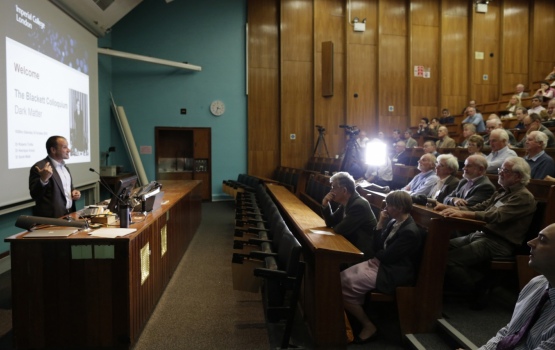 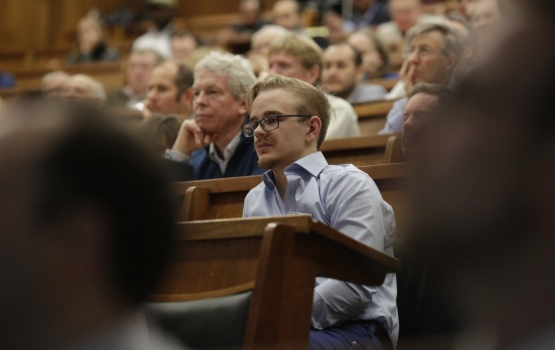 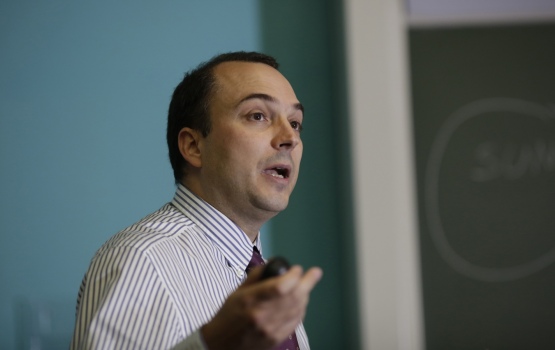 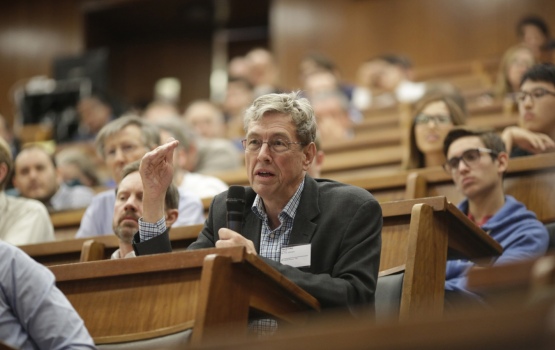 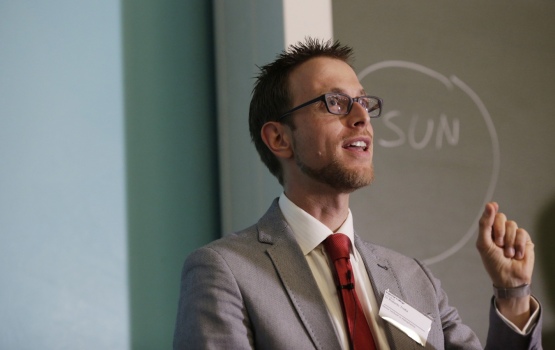 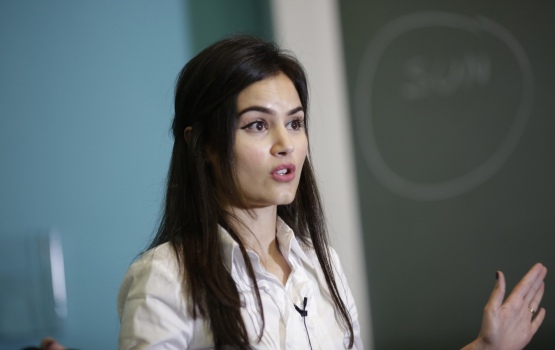 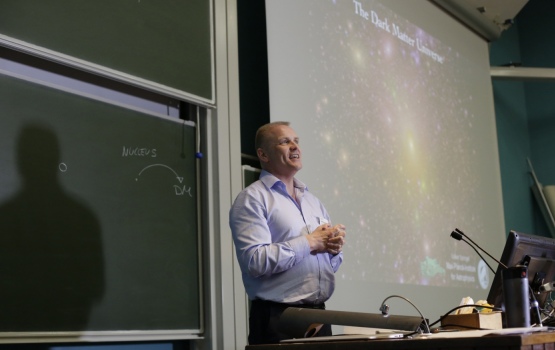 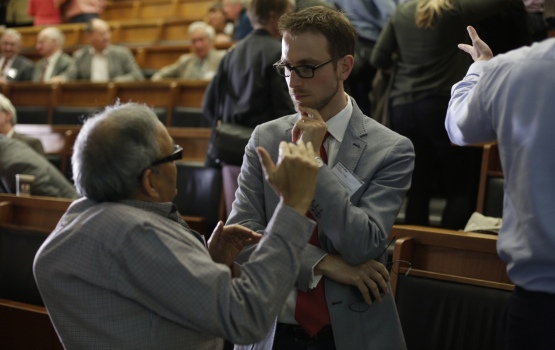 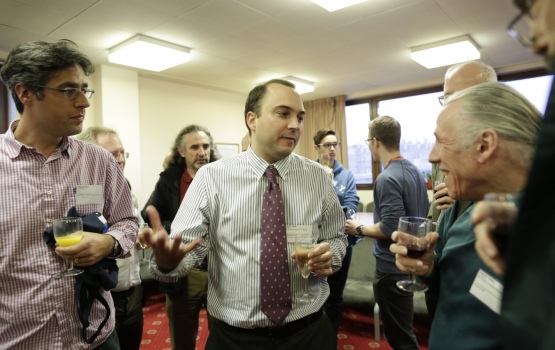 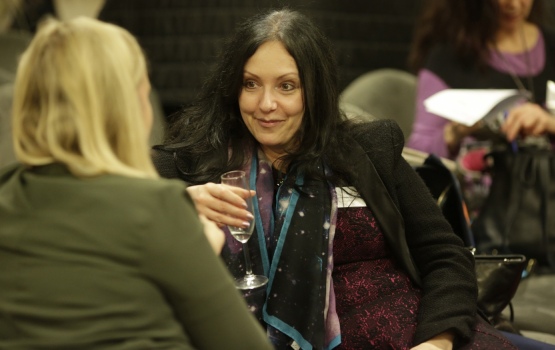 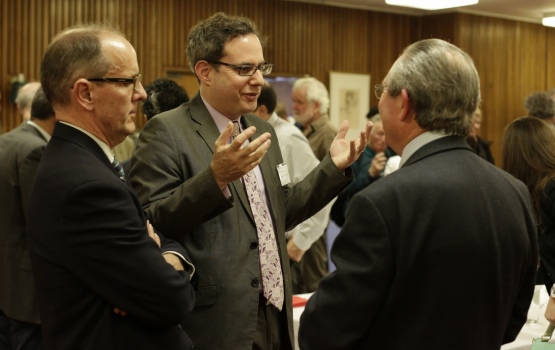 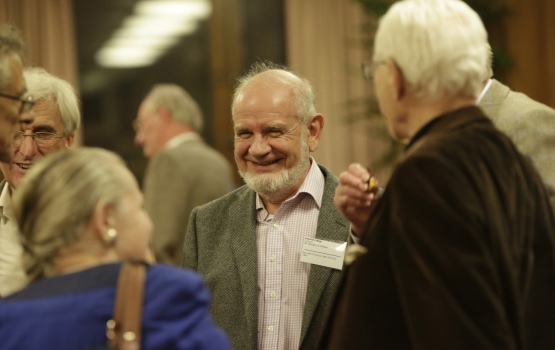 Patrick Blackett was awarded the Nobel Prize in 1948 for 'his development of the Wolson cloud-chamber and his discoveries therewith in the fields of nuclear physics and cosmic radiation'.

In 1953 he took over the Department of Physics at Imperial College London, planning and leading its major expansion in the 1950s. Subsequently he became president of the Royal Society, was made a life-peer and a Companion of Honour, and was honoured with the Order of Merit.