Professor Charlotte Williams has won an award for women in science, technology, engineering and maths, for founding and leading the start-up Econic.

The award, in the Tech Start-Up category, recognises Professor Williams’ success as both a scientist and an entrepreneur. Professor Williams founded Econic in 2011 to commercialise her research in Imperial’s Department of Chemistry.

I hope it inspires other women to take the risk of starting a company and commercialising the great science they do.

Econic uses catalysts to allow carbon dioxide to be used as a raw material in polymer production, making the process cheaper and more environmentally sustainable. The technology is compatible with existing manufacturing plant infrastructure and can make use of waste carbon dioxide, reducing the need for raw petrochemicals.

Professor Williams was handed her trophy last night by WISE’s patron, HRH The Princess Royal. “I am delighted by this honour, and it’s a lovely recognition of the work of many people over many years,” she said. “I hope it inspires other women to take the risk of starting a company and commercialising the great science they do.

“I formed Econic because I was still fascinated by the science and wanted to see where it could go. I wanted to take the discovery in the lab forward into something real and commercial,” she added.

Imperial PhD student Clementine Chambon from the Department of Chemical Engineering was also nominated in the same category for her company Oorja, dedicated to delivering affordable electricity to rural communities in India. 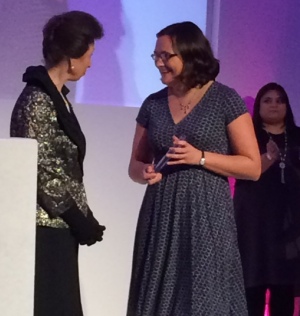 Professor Williams is the sole founder, chief scientific officer and a director of Econic, which now employs 15 people and has partnerships with several large multinationals looking to exploit the technology.

“Success for Econic means that in a few years’ time you will be sleeping, sitting, driving and running on products made using our technology and that have created value out of waste carbon dioxide,” said Professor Williams.

Econic’s CEO, Rowena Sellens, said she was delighted that Professor Williams had won the award. “This award is a great recognition for Charlotte and the company, and further proof of the interest and impact created by our technology.”

The annual WISE awards celebrate the work of individuals and organisations who are leading the way for women in science, technology, engineering and maths. 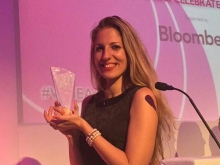 This year an Imperial alumnus, Dr Marily Nika who completed a PhD in Computing in 2014 at Imperial, was also honoured. She won the Influence Award for her work inspiring and supporting women in tech. Dr Nika founded the Women in Computing group at Imperial and now works at Google. Imperial team show how to make new materials from waste CO2 DoC PhD student to be honoured for her outstanding achievements. New chemistry could make it easier to design materials to order