Long read: From Hong Kong to the City of London via Imperial We hear from Imperial student Bryan Liu, who has been recognized for his computing prowess by a trade association that has roots in the middle ages.

"It was only really when I found out that I’d won the Outstanding Student Prize from the Worshipful Company of Information Technologists (WCITs) that I thought I’d better do some research to find out more about what this strange and archaic-sounding organisation was all about. 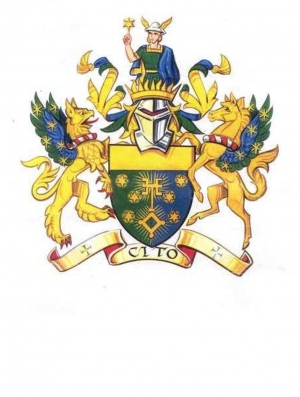 The coat of arms of the Worshipful Company of Information Technologists

I’ve been in London for more than three years now, so I’m used to old British institutions and slightly eccentric customs – but I was surprised to find that the Livery Companies of the City of London (of which WCIT is one) date back to around 1515. It all started with craftsmen coming together to form trade associations or guilds, and they were often granted charters and other special freeman privileges – for example The Worshipful Company of Woolmen were granted the right to transport sheep across Tower Bridge, something they still do symbolically every year!

Information Technology is of course one of the newer Livery Companies, formed in 1992, and has no livestock rights, but retains many of the traditions and customs of the older companies but with a modern focus on education and enterprise.

My Imperial journey started when I was at high school in Hong Kong and had the chance to come over to London to attend a two-week Space Science Summer School hosted at the College. It included mini courses and projects in robotics and maths − for example looking at autonomous control in the context of robotic space exploration and the ways in which mathematics can assist in solving the multitude of engineering challenges.

It was there that I really started to appreciate the true impact that the academic study of maths and other subjects can have − and how places like Imperial are pushing the boundaries in terms of what can be achieved.

I’m now in my fourth year of a joint Mathematics and Computer Science MEng degree; it is extremely tough and extremely time-demanding but immensely rewarding. Aside from all the fundamentals like computer systems, I’ve also done work in areas such as machine learning and optimisation and statistics – which makes me an ideal candidate for specific jobs in data science, quantitative trading and decision science. 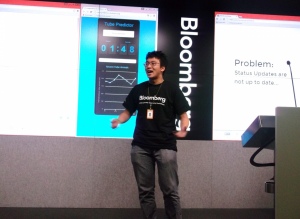 I think the latter category is especially important to the organisation given its enterprising roots − and also when you consider the list of WCIT members which includes internet pioneer Sir Tim Berners-Lee and Microsoft founder Bill Gates. While I haven’t achieved anything close to those computing giants I was recently involved in a hackathon competition whilst completing a summer internship at Bloomberg.

We were tasked with coming up with software solutions using publicly available datasets. As a team we were interested in transport and commuting and found out that Transport for London (TfL) publishes real time data on arrivals and other events – you just need to request application programming interface (API) keys to work with the data.

Our basic premise was that status updates often aren’t actually upto date. There are multiple reasons for this. If there is a problem which engineers believe they think they can fix in under 5min, they probably won’t announce it, but 5min is 5min to a Londoner. Equally, people can be trapped stationary for 30min before an announcement of ‘minor delays’. If Londoners know if and when the train is actually coming as promised they can happily take the tube, but if they know it’s not coming anytime soon they can re-route or take other transportation.

So we tried to make sense of these data to see if we could better interpret them; for example if there’s a train scheduled to come to South Kensington can we ascertain if it will come on time or is in fact stuck at Gloucester road?

The whole idea with hackathons is to make a make a prototype that actually works. So what we did was make a web app that grabs the data and displays it to deliver a very nice second-by-second count down timer telling you when the tube is coming. Our aim was to count down from 1min 20 seconds without the need for any fresh updates. In the end we successfully demonstrated it on multiple occasions and even made a GoPro video at Moorgate station (where Bloomberg is based) of us running down the escalators to meet what we hoped would be our predicted train. People were cheering and clapping when they realised what we were doing.

What I ultimately envision is that you won’t need any app and the algorithms will be integrated seamlessly and the train will come when the displays say it is coming. 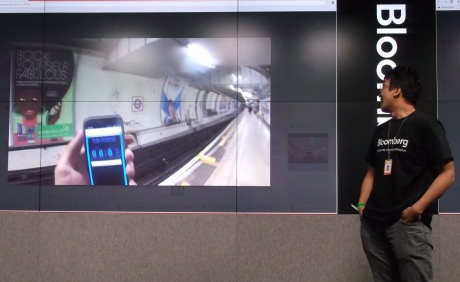 The WCIT award also recognised some of the volunteering work I’ve done, particularly though my role in my second year of study as Society Officer of the Public Awareness and Social Service Society (PASS). It’s quite a unique society with its aim of raising the level of engagement and awareness of Imperial students through regular discussions, debates, seminars, voluntary work and fundraising.

We collaborate a lot with other societies; Imperial is such a multicultural university it’s very beneficial to talk with different people and in doing so learn much more than we could by remaining in relatively isolated communities.

We helped to set up Famine24, which has now become an annual, sort of flagship event, which as well as optional fasting, includes lectures and talks about issues such as clean water availability in impoverished areas of the world. We raise money for World Vision, but I think the important thing is we’ve not just asking people for small change for them to then forget about the cause in an instant. You participate – experiencing real hunger if you wish - and learn about the issues. That can be powerful and meaningful and once people have been involved in one event they are much more likely to go to another.

With the help and support of Imperial College Union I also gained a qualification in volunteer management (ILM-Level 5) which taught how to engage and motivate volunteers and how to keep good relationship with stakeholders. I’m currently the departmental representative for the joint maths and computing course and I’m responsible for managing a network of reps for each year of study.

When I’m not focussed intensively on a specific project or assignment I try to contemplate some of the wider issues such as why we are studying computer science in the first place and why we want to use computers to solve problems. For example we are producing vast amounts of data each day – on social media, in finance, in healthcare – and there needs to be an efficient way to process and make sense of it.

I’m particularly fascinated by data science and machine learning – which describes a way of giving computers the ability to learn without being explicitly programmed. I’m also interested in how to make networks secure and scalable – for example if you have 20 computers in a network how can you use them most efficiently? Researchers and academics at here and Imperial are working very hard to solve these and other problems.

After a computer recently beat the world champion in the challenging board game GO, a few people have been asking me what this means for humanity and if soon there will be no intellectual pursuits where human still surpass computers.

But I don’t see it in those terms – man versus machine – but rather just different minds suited to different tasks, working together to move civilization and society forward. For example autonomous machines are uniquely suited to carrying out operations in the event of natural disasters. But it is of course a double-edged swords and artificial intelligence has great potential both to hurt and help us. We just have to hope it doesn’t fall into nefarious hands."