A research team has received $1.45 million to investigate how malaria parasites move, with the aim of developing new drugs to combat the disease.

Malaria is transmitted by mosquitoes that become infected with the malaria parasite when they bite an infected person and ingest their blood. Within a couple of weeks they start to pass on the disease when they bite another person. 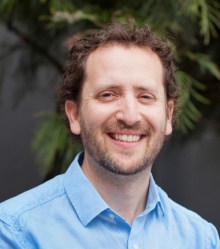 The new grant will enable them to probe the motor the parasite uses in more detail, potentially leading to new drug targets. As the new phase begins, Dr Baum chatted to Hayley Dunning about what has been found so far and his hopes for the future.

Your work looks for new targets for malaria drugs. Why are these important to find?

Despite the major gains in the last ten years, which have nearly halved the number of deaths from malaria, there are still a staggering number of children who die each year from the disease. There are drugs out there that are working including artemisinin (ART) combination therapies (ACT), but what’s scary is that, somewhat inevitably, the ART-based therapies are starting to have delayed efficacy: the parasite is becoming resistant.

If we lose ART/ACT, the bounce back from malaria could be devastating. We have to future-proof ourselves for malaria, by having a continuous supply of new drugs targeting new pathways that can be used in different combinations to tackle the disease.

What approach does your work take to finding new targets?

Our lab at Imperial takes a dual approach. Foremost we are basic scientists exploring the fundamental cellular biology of the malaria parasite across its lifecycle, from human host to mosquito and back again. I’ve had a longstanding interest in how parasites move, and since parasite movement is essential to the malaria lifecycle progression, throwing a spanner in the parasite engine is a very good way to stop disease.

Our second approach is to actually try and find drugs. We’re doing this in several ways, either using high-throughput imaging-based screens of compound libraries that target different processes, or working with structural biologists to design drugs. With these, our hope is tinker with them to make them more malaria-specific, and where relevant less human-specific.

What have you found so far?

As Donald Rumsfeld might say, perhaps our greatest achievement in the last few years has been discovering what we don’t know! There are so many dogmas in cellular biology, especially within malaria. People draw cartoons of how something - in our case cell movement - works and you buy into it and design all your experiments to support the cartoon model. But in recent years the dogma for how parasite cells move has really come unstuck and this has opened up the possibility that we really don’t know how parasites move and eventually infect host cells, where they cause disease.

I feel like research in my lab over the last five years has helped completely open up the field to a point where our goal is now to go back to basics and build our understanding from the ground up. The number of techniques and tools available has exploded in the last five years too, and all of it combines to make me feel like we are poised to be able to answer questions right now in ways we’ve never been able to before.

What will this renewed grant help you investigate?

Our first grant from the Human Frontier Science Program enabled my group to link up with biochemists in Chicago (Professor David Kovar) and parasite cell biologists in Heidelberg (Professor Friedrich Frischknecht) to start to build a framework to understand cell movement. We did whole cell imaging, super resolution imaging, single molecule imaging, and most importantly, started to explore key components of the parasite motor - literally the engine driving how parasites move.

The renewed funding now links up the three original groups but critically brings in a world expert from Paris at the Curie Institut, Dr Anne Houdusse, who is a structural biologist working on myosin motors. These small proteins drive energetic processes including the working of your heart, the working of other muscles in your body, numerous cellular processes and how the malaria parasite moves. So we are now in a position to look under the bonnet at the parasite engine and fully explore the motor.

What is your ultimate goal?

The next three years will hopefully yield detailed information on how the malaria parasite myosin engine works: how it produces force, how this then links up to allow a parasite to move and invade cells and, if we are lucky, we’ll have a map and maybe even some hits that we can explore as potential antimalarial drugs.

Dr Jake Baum and his team will be showcasing their research at this year's Imperial Festival.

Meet him and a whole host of other scientists and performers on 7-8 May 2016.