Imperial has been running a pioneering leadership & career coaching academy for staff since 2009, and is now hoping to take it to the next level.

Anyone who uses public transport in London will have no doubt been hooked in by ads promoting career-boosting services, products and books. It plays on a desire most of us have to be as effective as possible at our jobs and make the most of opportunities that may come our way.

What Imperial staff may not be aware of is that the College has been running its own coaching academy since 2009. The primary stated aims of the programme are: to help coachees develop greater self-awareness; address their own challenges; identify their goals and potential barriers; and develop appropriate skills and strategies empowering them to take action. 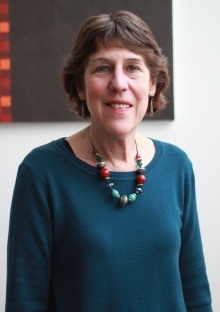 Yet, it goes much deeper than this, as Judy Barnett (pictured left), Talent Development Manager in the HR Division, explains.

“The key thing about coaching is that it helps someone to think problems through for themselves – it’s a completely nondirective approach. Coaches are trained to really listen and ask powerful questions in order to help their coachee carefully consider their options and come to their own conclusions and decisions.”

There are now around 40 coaches at Imperial, who are carefully matched with coachee before the pair agree on a timetable of four coaching sessions lasting around an hour each, spread over a number of weeks.

All coaches attend a six day training programme which equips them with a coaching toolkit and a framework for appropriate, ethical behaviour. They are also offered continuing professional development (CPD) training twice a year.

A lot of coaches say that being a coach has made them better managers of their own staff.”

In October 2015, a new cohort of prospective coaches began training for an accredited qualification – the Institute of Leadership and Management (ILM) Level 5. That was completed in April and the 'graduates' all gathered for their final accredidation session (see picture below)

“I’m trying to raise the level of attainment of the coaches within Imperial,” says Judy, who notes that demand from staff to become coaches is very high.

Partly this is due to a desire to give something back to the community. But there is also great benefit to the coaches themselves, Judy argues.

Indeed, Judy is keen for coaching approaches to be integrated into management and leadership roles across the College, starting with a new initiative called ‘Leader as Coach’. Departmental Operations Managers and Heads of Services in the Faculty of Engineering have recently participated in a pilot to incorporate coaching into their roles. Similar programmes will be offered to senior academic and professional services staff in the other Faculties.

“More and more universities are thinking about internal coaching provision, but we were ahead of the curve in the way we introduced it and how it has developed – so now it’s about how to maintain that momentum.” 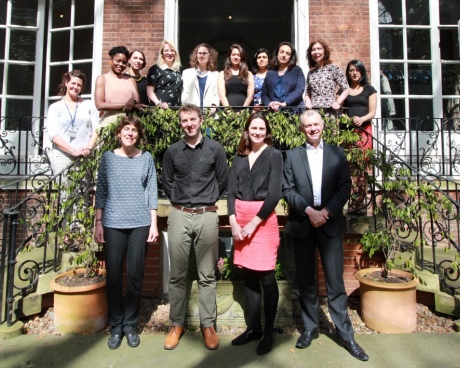 The latest cohort of coaches came together on 13 April for their final accredidation session.

Coaching is done in the strictest confidence, but one coach-coachee pair agreed to talk about their respective experiences. 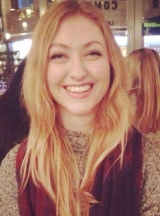 "I contacted the Coaching Academy because I needed support with identifying a pathway for career progression. At the time, I was working on a personal project alongside my official role, which I wanted to formally incorporate into my job. The most important thing that I gained from Kelly’s coaching was learning to prioritise this project. I was supported in defining what I wanted as a result of completing it, and how it would help me in the broader context of my career. As a consequence, I was motivated to discuss my professional development with my manager, and now work officially in a split role as a Section Manager and Web and Communications Officer."

"My initial reason for applying for the Coaching Academy was based on my own experience of being a coachee. I recognised what a powerful tool it can be in bringing about positive change in a person’s perception of their own ability. Providing a platform that enables them to find their own solutions to a problem/issue can be very empowering for that individual. Personally, I have really enjoyed supporting my coachees through their journeys and seeing them succeed in their goals. Also, through my own experience as a coach and manager I have come to realise how effective the approach can be when used within a management setting. It affords team members ownership and accountability, with the knowledge that they are fully supported by their manager."

Coach in the making Tim Killip, Head of Maintenance, is among the most recent cohort of qualified coaches who have completed ILM-Level 5 accreditation. Here he talks about the programme and what he hopes to achieve.

"I was initially attracted to the Imperial College Coaching Academy after seeing the invitation for staff to become a coach in May 2015.

I decided to apply for the course as I have considerable management experience, mostly from outside Imperial, that I thought could be of benefit to the programme and complement it.

Once on the course it became clear that a different approach would be needed for the workplace coach to some of my previous experiences, with the onus on the coach being to help the coachee come to their own solution to a specific issue. One of the benefits of this approach is that the coach is not directly involved and can be more objective in questioning as they are not invested in the outcome.

A number of tools and techniques have been taught which enable the coaches to question, challenge and explore issues in an environment which allows the coachee to be comfortable to express themselves in total confidence.

We have tested these skills by taking part in Coaching Triads with colleagues in the cohort, where we were given the opportunity to take on the role of coachee, coach and observer in rotation.

Following the first few sessions potential coachee’s were matched with coaches and I have now been able to use these skills in a live environment, which I found very rewarding.

The next few months should see the completion of the course and further opportunities to improve my skills as a coach, working with coachees from across Imperial.

I will also use these skills in coaching my own team, as we introduce changes to the way we deliver our services to the College through initiatives from within Estates Facilities and Operational Excellence.