More than 250 guests including students, offer holders, parents, supporters and guests from industry heard the latest news from Imperial at receptions in the two cities.

President Gast said; “It’s wonderful to have had such a diverse gathering at the receptions, and to have the opportunity to not only meet alumni, but also to welcome our incoming students. We have a strong and enduring relationship with India, and we’re grateful to our alumni associations for all of the work they do.”

In Delhi, she made special mention of Jag Mohan Puri (Mechanical Engineering 1958), who founded the Imperial College Alumni Association of India in 1991 at the British Council in Kolkata. The Puri family shares a long-standing connection with Imperial: four generations and eight members of the family have studied at the College between 1929 and 2016 and Mr Puri’s son Ranvir Puri (MBA 1994) was also in attendance at the reception.

In Mumbai, President Gast acknowledged the presence in particular of Syamal Gupta (Mechanical Engineering 1965, MPhil 1968), the newly-retired Chair of the Imperial College India Foundation and ex-Chairman of the Tata Group, as well as Hiralal Patel (Mechanical Engineering 1945, PhD 1945), whose research into wind turbines as a young engineering student at Imperial in the 1940’s has led to the creation of a wind turbine centre at Imperial in his honour.

Rajive Kaul (Metallurgy 1971), President of the Imperial College Alumni Association of India, welcomed guests to both receptions and highlighted the fact that some had travelled from afar.

He said: “I am proud to be an alumnus of one of the world’s best universities, with an annual research income of over £450 million. Imperial is a centre of global excellence, and its objective is to help humanity and to educate the leaders of countries all over the world. It is innovating to help society.”

During the visit, the senior team from Imperial also took the opportunity to meet up with the alumni association chapters in India and explore with them the development of activities for the coming years. 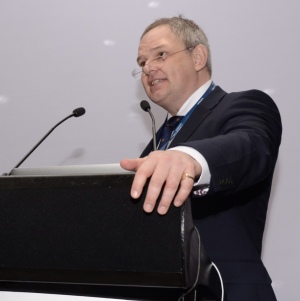 Professor John Chambers, Professor of Cardiology and Epidemiology, shared fascinating insights into his last twenty years of epidemiology research into the prevalence of diabetes amongst South Asians, and its implications for policy.

Professor Chambers outlined the research methodologies used by the large team of researchers he coordinates, and recognised the contributions academic partnerships, including several based in India and neighbouring Sri Lanka. Access Professor Chamber's slides.

Welcoming a new generation to the Imperial family

Prior to the main receptions in Delhi and Mumbai, a group of students with an offer to study at Imperial in the upcoming academic year heard a presentation from Hannah Dickinson (Global Summer School Manager), and had an opportunity to ask recent alumni questions about their time at the College and life in London.

Hannah said; “For every one of you sitting here in this room today with an offer to study at Imperial, there are approximately ten other students whose applications were unsuccessful. If you choose to come to Imperial, you’ll be joining an institution which is at the forefront of teaching in the specialist fields of engineering, medicine, science and business.”

“I thought the evening was very informative and lovely” said Nishantika Garg, an offer holder at the reception who appreciated the opportunity to gain insight into life at Imperial. “If you’re in India, you don’t really know what’s going on. Meeting alumni is very helpful. You can see videos, but you never really know!”

Their parents felt the same: Balaji Chandrakumar, who had travelled from Sri Lanka with his daughter to attend the event, commented, “As a parent, I’ve been very involved - I even travelled to London for her interview. It’s an exciting list of alumni that you have, and it’s been so humbling to think that my daughter might join that community.”

Balaji Chandrakumar with his daughter

Before the receptions, on the evening of Friday 8 April, a group of around 30 alumni gathered in Kolkata in the Alipore apartment of Chapter Chair Rima Sen Mortemart (Chemistry with Management 1993). Over a British-themed high tea and following a short presentation from Imperial, Rima led a lively discussion on plans for the network in Kolkata, which has a rich history of alumni activities. See a selection of images from the evening.

See below for a slideshow of images from the events in Delhi and Mumbai, or access the full Delhi set here, and the full Mumbai set here: 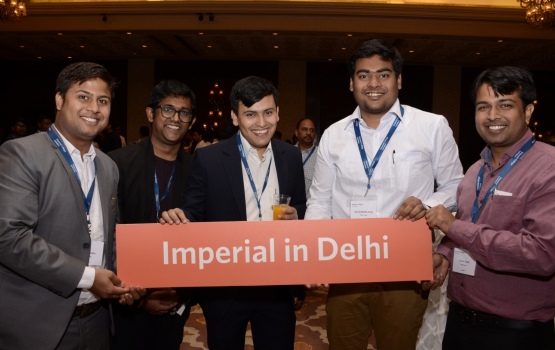 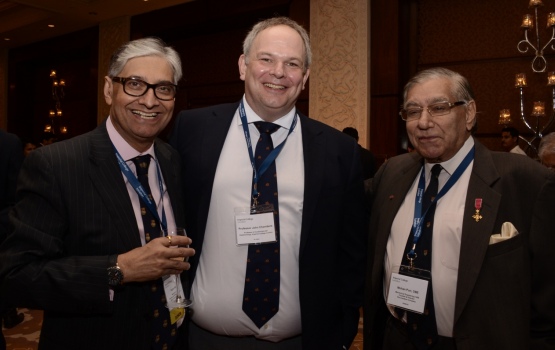 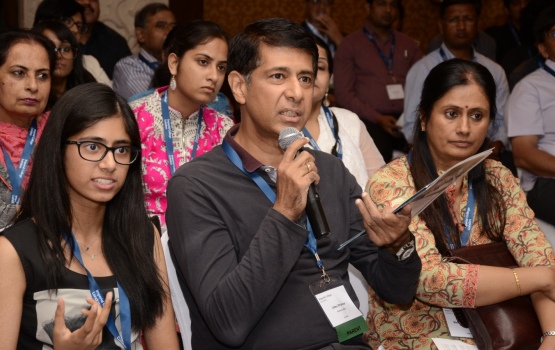 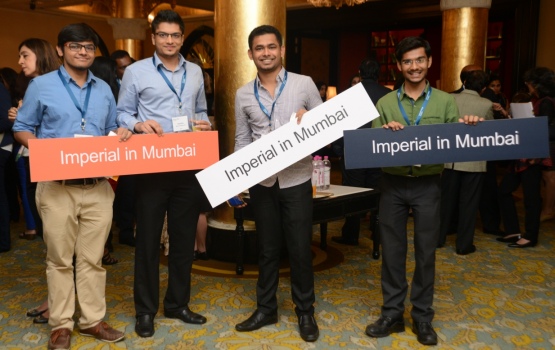 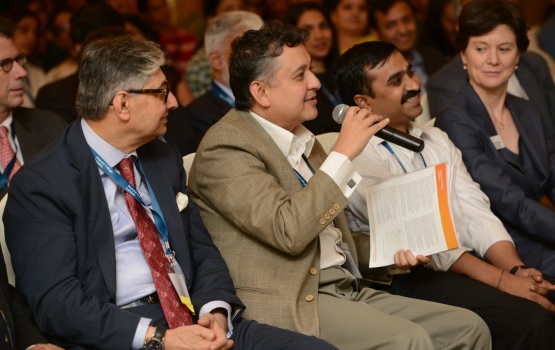 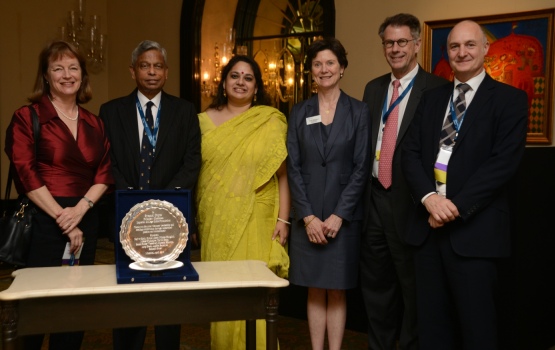