Imperial Festival returns on the weekend of 7-8 May to celebrate the College's world-leading research alongside music, dance and more.

The Festival will explore research topics as diverse as brain activity under the influence of hallucenogenic drugs and the future of disability sport.

The highlight of this year’s Festival is a new Transport Zone, which will recreate London’s very first motor show exactly 120 years after it kick-started Britain’s motor industry. Bringing together a unique collection of ‘horseless carriages’, the exhibition will include some of the earliest motor cars, powered by steam, electricity and petrol. 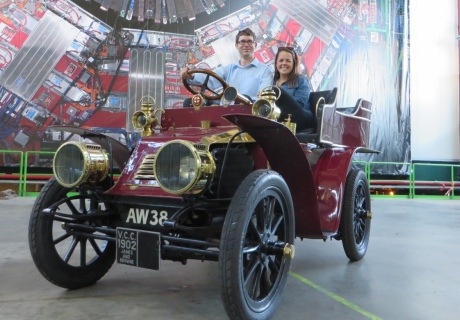 As part of the Zone visitors will also have the opportunity to witness the spectacle of Victorian motoring on the roads of South Kensington, before exploring Imperial’s cutting edge research into the future of transport.

Festival-goers can meet the students designing, building, testing and racing, zero-emission racing cars, and learn about the batteries that will power tomorrow’s vehicles. They can also see miniaturised turbo engines, explore the importance of combustion, and touch the low friction surfaces that will make engines more efficient.

The Festival will also see the launch of a range of new, cutting-edge research from Imperial.

What drugs really do to the brain

In two pioneering studies, Dr Robin Carhart-Harris (Medicine) examined brain scans of volunteers under the influence of mind-altering drugs – magic mushrooms and LSD. These scans reveal, for the first time, the effect that each of these drugs have on the brain’s activity, and pinpoints the source of the dreamlike hallucinations experience by users. As part of the Festival, Dr Carhart-Harris will give a talk about the potential use of these drugs in medical research.

Virtual reality for the visually-impaired

Dr Lorenzo Picinali (Dyson School of Design Engineering), in collaboration with EveryWareTechnologies and the University of Milano, Italy, has developed a mobile app called the Invisible Puzzle, which will allow people with visual impairment to detect and explore shapes using only sound. Based on Dr Picinali’s research on the use of sound in navigating spaces and exploring images, this app will be launched at the Festival, and is part of a wider research effort to help blind people interact more easily with their environment. Future applications of his work include also apps for hearing impaired individuals. 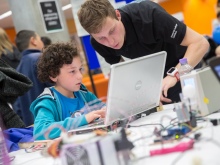 2016 will be a landmark year for disability sports, with the Rio Paralympic Games and the Orlando Invictus Games on the horizon.

But in October 2016, the inaugural Bionic Paralympics, known as the Cybathlon, will take place in Switzerland.

This remarkable event will give people living with the most severe disabilities the chance to compete in sporting challenges, with the help of the latest assistive technologies.

Imperial's Cybathlon team, led by Dr Aldo Faisal (Bioengineering), will showcase some of their latest technologies and projects, with some team pilots on hand to provide hands-on inspiration for the launch of their public competition to design a new inclusive sport, with the guidance of Imperial's Sports Innovation Challenge team.

The science of toys

Every child is a potential scientist, but why do so few grow up to be one? A group of Imperial researchers believe that toys have an important role to play in exposing young children to science. They have introduced a new Science Toy Award to recognise those manufacturers whose toys trigger curiosity and research skills in primary school children. This award, supported by the Institute of Physics, and Imperial's neighbours the British Science Association and the Science Museum, will be launched at the Festival, alongside a toy testing zone for kids to help the judges decide on the winners.

Does music really change your behaviour? 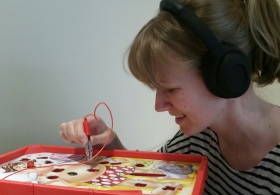 We all have certain songs that help us to relax or sleep, and others that get us moving at the gym. But a new partnership between Imperial and the Royal College of Music is exploring the scientific basis behind the link between music and mood. In 2015, Imperial researchers showed that during surgery, background music can have a negative effect on the performance of the medical teams, and earlier this year the Royal College of Music showed that choir-singing boosts the immune system of cancer patients, and group drumming could reduce both depression and anxiety. Now, Professor Aaron Williamon (Surgery and Cancer) is exploring how music affects the behaviour of the general public; visitors to the Festival will take part in a real-time experiment, listening to either rock or classical music while playing board games. 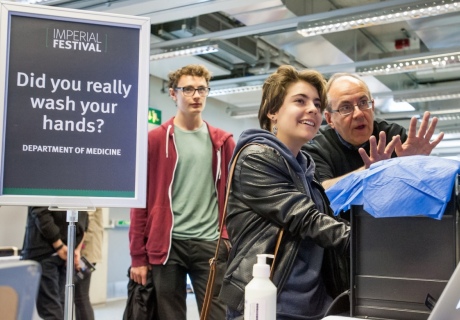 Other headline-hitting research will be on show within the Festival’s Superbug Zone, where visitors can learn more about the Ebola and Zika viruses, and uncover the threat of antibiotic resistance.

Meanwhile, those curious about artificial intelligence can meet the Imperial researchers working in this area and interact with robots that could revolutionise our daily lives.

Festival Director, Katie Weeks, said, “Nestled amongst the museums of Exhibition Road, Imperial really is a hidden gem where the vast majority of science that is so wonderfully celebrated by our Museum neighbours, actually takes place. 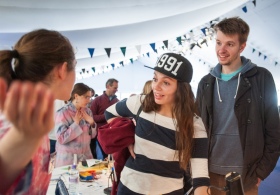 "The Imperial Festival is the one weekend a year where we put on our ‘exhibition’, throwing our doors open and giving the public an opportunity to go behind-the-scenes and explore some of the ground-breaking research that takes place here.

"With over 500 researchers showcasing their work and many opening their labs and facilities to the public exclusively for the Festival, this year’s event is set to be the biggest and most exciting yet.” Volunteering at Imperial Festival 2016: behind the scenes