A Celebration of Danny Segal's life with his family, colleagues and friends.

The Physics Department celebrated the life of Professor Danny Segal on Wednesday 16th March. The afternoon began with a series of short lectures and a poetry reading given by his family, friends, colleagues and students, both PG and UG. Professor Jordan Nash gave the introduction followed by Rose Segal, Danny’s daughter who recited her poem ‘Quantum Leap’, a moving dedication to her father. Danny’s friend and colleague from student days , Steve Young, amused with his witty insights added to tales of their youthful escapades , shared family milestones and Danny’s street busking tendencies which greatly benefitted our informal concerts in Physics in the last few years. Steve’s affectionate account was followed by Professor Richard Thompson who was one half of  ‘the formidable force of Danny and Richard’ within the Ion Trap group. Richard observed that  ‘ Danny was passionate about his science and loved spending time thinking about experiments, working in the lab and understanding the results ’. Martina Knoop ( Marseille ), added another insight into the Ion Trap community painting a picture of collaboration and gregariousness in scenic surroundings. Nic Harrigan ( Bristol ), gave an animated presentation on Danny as a colleague in outreach activities which included such projects as ‘The Paperclip Ion Trap ’ and the ‘Demo Which Cannot be Named. ’ Danny was a mentor and supervisor to Joe Goodwin whose slide presentation was both droll as well as a touching tribute to a professor who is sorely missed. On the light side, one slide advises ‘Never let your supervisor touch the experiment. ’ Ben Fernando represented the undergraduate community praising Danny‘s genuine abilities as the Senior Tutor. Professor Sir Peter Knight concluded the brief lectures with  the final words,  ‘Danny, a model colleague who served Imperial with selfless energy and commitment ’.

The proceedings moved up  to the Blackett Common Room where there was a drinks and buffet reception followed by informal musical performances by family, friends, colleagues and students. The most poignant and beautiful was the set of four songs sung  by Rose Segal who wrote three of them and who was accompanied by her brother Jack on the bass, her fiance  Dave on the drums, and herself on the guitar. In a tribute to Danny, Arnaud Czaja played flamenco guitar, Seguiriyas style and also accompanied Ciara Mulholland who sang a wistful and moving rendition of ‘Blue Smoke’ in her native Maori. The following two contributions came from our baby grand with Richard Thompson and Will Rayner performing Peter Warlock’s Capriole Suite in perfect harmony and our Physics with music undergraduate, Joel Hayhow doing fine justice to Rachmaninoff’s Etude Tableaux Op 39 no.5. We then had the pleasure of listening to Clifford Talbot’s delicate and sensitive versions of Tarrega’s ‘Recuerdos de la Alhambra’ and  ‘Capricho  Arabe’ . These were the guitar pieces that Clifford practised and played with Danny. In keeping with this musical tribute, Clark Baker, Oscar Denihan and Nick Bradley, all undergraduates, did ‘cool blusey improvisations’ on two guitars and piano which were much enjoyed and reminiscent of Danny’s past performances. The evening ended with Andrew Knight’s spirited and professional unaccompanied baritone voice singing soaring, powerful  versions of  ‘Rock my Soul’ and ‘Freedom’ amongst other spirituals. These were all musical contributions  from across the Physics spectrum performed with one purpose in mind - to pay tribute to a brilliant, entertaining musician and a unique, gifted human being. Thanks to everyone who contributed and celebrated Danny Segal and most of all to Helen, Rose, Jack and Dave who honoured us with their presence and talent. The last quote must come from Joe Goodwin, his student. ‘Danny was a fantastic friend, mentor, teacher and a wonderful human being. He was inspirational in how he balanced the most important to him in life : family, research, teaching, music and all with a three-hour commute each day. I don’t remember him ever speaking ill of anyone : he showed everybody respect. His good humour was indomitable ‘. 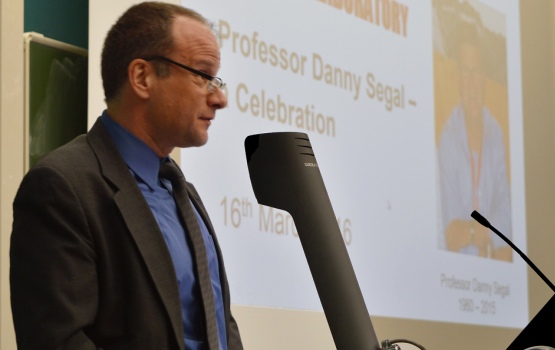 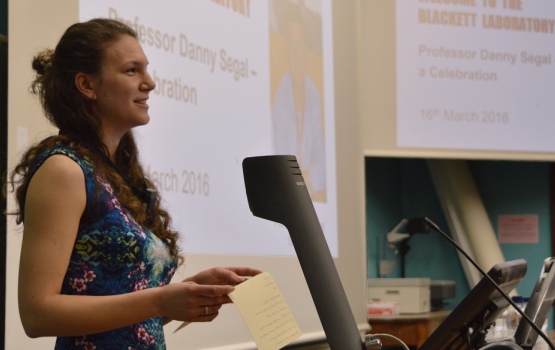 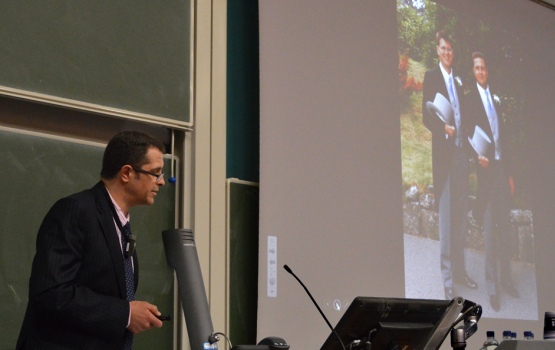 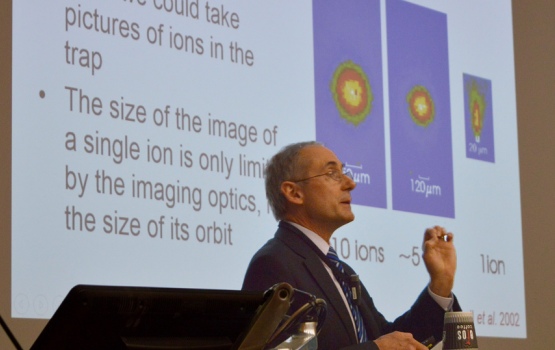 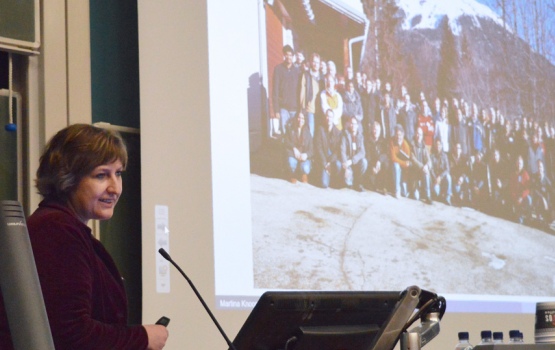 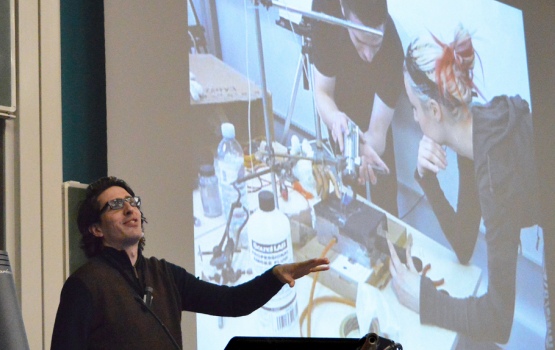 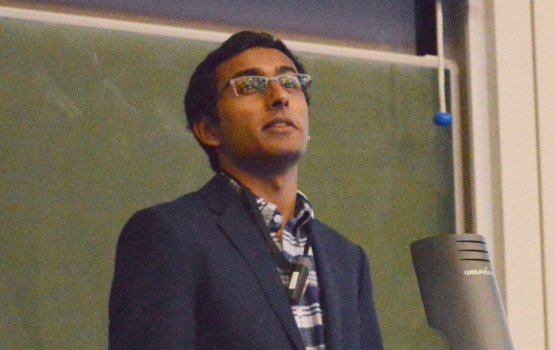 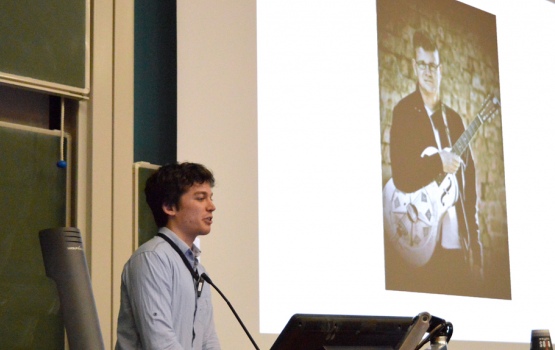 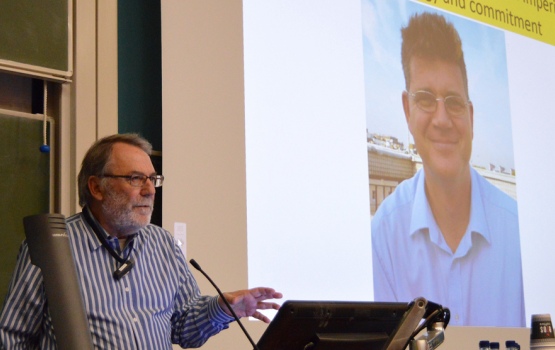 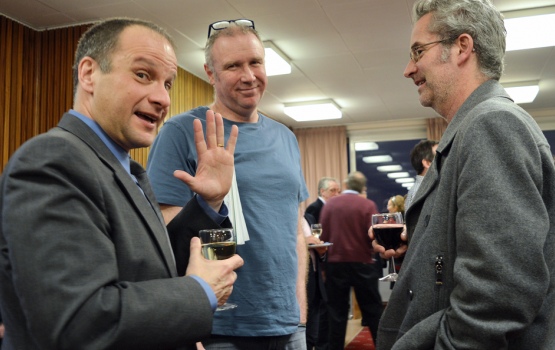 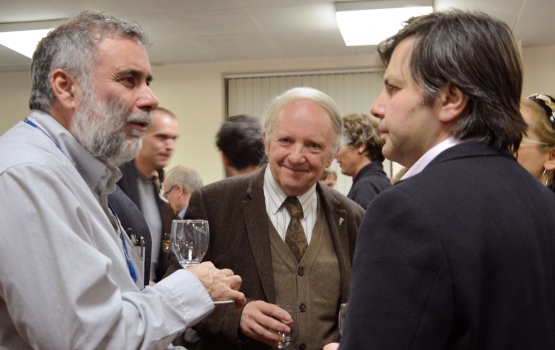 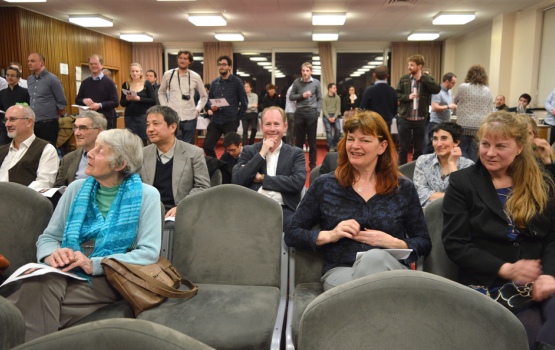 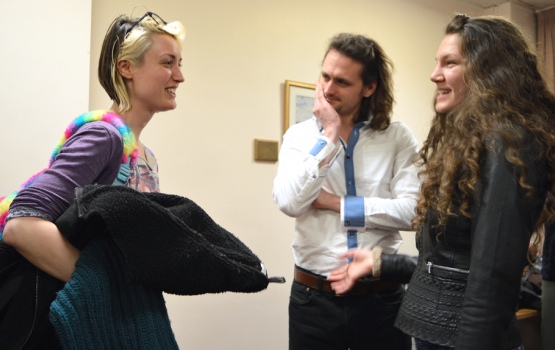 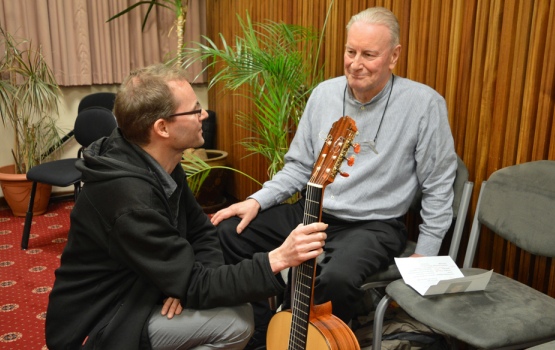 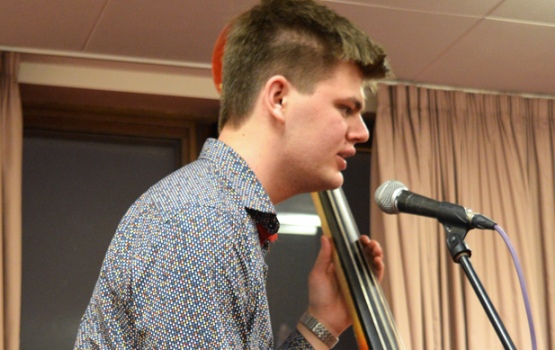 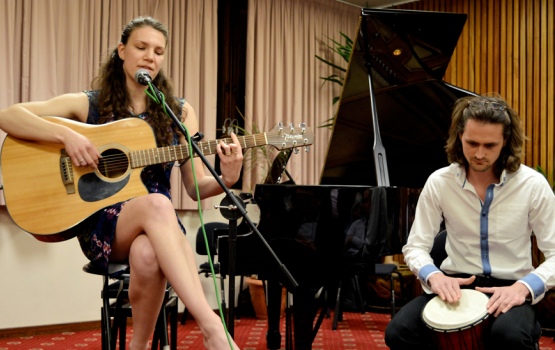 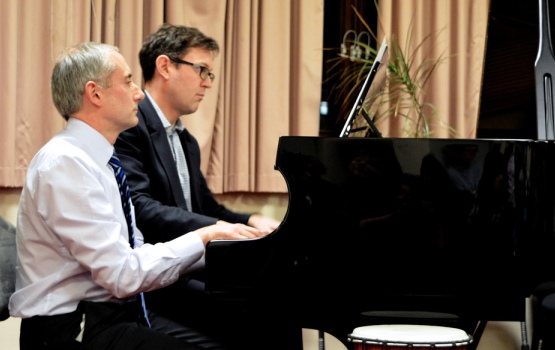