Sir Thomas Walter Bannerman (Tom) Kibble CBE FRS, who died on 2 June, was Emeritus Professor of Theoretical Physics at Imperial College London. He is distinguished for his ground-breaking research in theoretical physics and his work has contributed to our deepest understanding of the fabric and forces of the universe. He is best known for his seminal work in the 1960s that led to the concept of a new elementary particle now known as the Higgs boson, a key feature of the Standard Model of particle physics, which was confirmed experimentally by the Large Hadron Collider at CERN in 2012. He was also a major pioneer in applying ideas of high energy physics and condensed matter physics to study the early universe.

Tom was born in 1932 in Madras, India. He moved to Edinburgh in 1944 to attend Melville College. He completed his undergraduate studies and then obtained a PhD in mathematical physics at the University of Edinburgh. In 1959 he joined the Theoretical Physics Group at Imperial College, newly founded by Professor Abdus Salam (who was awarded the 1979 Nobel Prize in Physics). This started an association with Imperial that would last for nearly 60 years. 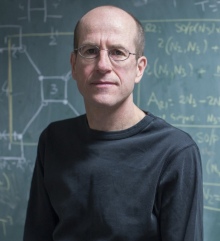 breaking that is  associated with the Higgs boson, in collaboration with two American scientists - National Science Foundation postdoctoral fellow Gerald Guralnik, and Richard Hagen from the University of Rochester, New York. Just earlier in 1964, two other papers appeared which came to similar conclusions, the first by Robert Brout and Francois Englert and the second by Peter Higgs. In 2008 all three of these papers were selected to be amongst most important papers of the last 50 years by the leading journal Physical Review Letters.Tom was jointly awarded the prestigious 2010 J.J. Sakurai Prize for Theoretical Particle Physics along with the five other scientists credited with the Higgs theory. In a subsequent 1967 sole-author paper Tom showed how the symmetry breaking mechanism can be extended and this can be used to explain how the elementary particles we now call the W and Z bosons have mass whereas photons, which make up light, have no mass.

These key scientific insights are central features of the unification of the electromagnetic and weak nuclear forces into the so-called electroweak theory, that was formulated in 1967 by Abdus Salam at Imperial and Steven Weinberg then at MIT building on earlier work of Sheldon Glashow of Harvard. Salam, Weinberg and Glashow were awarded the Nobel Prize in Physics  for the electroweak theory in 1979. In 2013, after the discovery of the Higgs boson, Englert and Higgs were also awarded the Nobel Prize in Physics. Many people in the theoretical physics community, including Higgs, hoped that Kibble would be chosen to share this award. However, Tom himself, a man of great modesty, never expressed any disappointment.

In 1976, another seminar paper laid the foundation for a second key phase of Tom's scientific work. Drawing on ideas from both high energy physics and condensed matter physics he realised that phase transitions just after the Big Bang could give rise to the important observable cosmological signatures. He showed that certain conjectured theories of particle physics, beyond what we now know, could give rise to exotic structures known as topological defects. These include one-dimensional concentrations of energy of cosmic scale which he called cosmic strings. The experimental search for cosmic strings is ongoing and if found would provide momentous new insights into the fundamental forces of nature.

In 1980 Tom was admitted to the Fellowship of the Royal Society, where he would later serve as Vice-President from 1988-89. In 1998 he received the Commander of the Most Excellent Order of the British Empire (CBE) medal in the Queen's Birthday Honours, in recognition of his services to Physics. In 2012 the Royal Society awarded Tom the Hughes Medal, one of its premier awards. During 2013, Tom became one of four new honorary fellows of the Institute of Physics, and he also received the Dirac Medal from the Abdus Salam International Centre for Theoretical Physics (ICTP) in Italy which is given to scientists who have made significant contributions to theoretical physics. He was Knighted in 2014.

In addition to his outstanding research achievements, Tom's teaching and mentoring were exemplary. One recognition of this facet of his career was a NESTA/Nature lifetime achievement award for mentoring that he received in 2005.  He was Head of the Physics Department at Imperial College from 1983 to 1991, skilfully steering the Department through a difficult period of low funding for science in the UK.

Outside of academia, Tom was an active campaigner. He joined the British Society for Social Responsibility in Science (BSSRS) soon after it was formed in 1969, and for three years was chair of the organisation’s national committee. From 1985 to 1991 he was also chair of Scientists Against Nuclear Arms. He was a keen cyclist and walker.

Throughout his illustrious career Tom conducted himself with extraordinary modesty and integrity. He was a special member of the small group of British scientists who have made major contributions to our understanding of the universe at the deepest level. He was held in the highest esteem and was regarded with great admiration and affection by his colleagues and students alike. He will be very sadly missed.

Former friends, colleagues and students of Sir Tom's are invited to share their own tributes and memories here.