With first hand experience of the effects of schistosomiasis, Steve Hoy set himself this challenge to raise funds to protect others against infection

Last Sunday (10 July 2016) I cycled L'Etape du Tour for SCI.  The Etape is an amateur ride where 15,000 cyclists take on a tough mountain stage of the Tour de France a couple of weeks before the pros. Due to a rock fall the organisers had to shorten the ride a few days before but it was still 122km with three big climbs totalling almost 2800m. 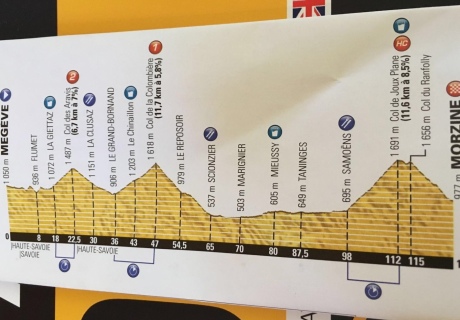 We started in the ski resort of Megève gently freewheeling past Alpine meadows and forests and in the shadow of snow-capped peaks. Before long we hit the first climb of the day to the Col de Aravis (1,487m), which meant a 6.7km climb at a 7% gradient, making it both the biggest climb of my life and the smallest of the day. I crested the top feeling good and dropped into a tuck position for the long swooping descent into Le Grand Bournand, where we had our first food stop of the day.

Next up was the Col de La Colombière, one of the most frequently used climbs of the Tour de France.  This time we had to climb 700m over 12km, topping out at 1,618m following some tricky steep sections near the top. After posing for the obligatory photo I started the 18km / 1100m descent, heeding the Danger! signs. Others weren't so careful and on the way down I passed three accidents with riders being stretchered away, one by helicopter.

In the valley below I regrouped with my travelling companions before setting off on the 33km flattish section to Samöens at the bottom of our final climb of the day.  Working as a group taking turns to shield each other from the hot headwind we made quick progress to the final feeding station of the day where we filled our bottles and steeled our nerves for the Col de Joux Plane.

At 1,691m the Joux Plane isn't enormous by Tour standards but it is steep, averaging almost 9% gradient over 12km. The Tour de France give it their highest climb classification and it has been known to break many pros over the years, including Lance Armstrong. It was certainly tough but I still was feeling strong and made good progress for the first few miles until disaster stuck 5km from the top. My rear tyre blew out requiring a replacement inner tube, which I had, and a new tyre, which I didn't. With no other option I picked the bike up and carried it to the next mechanics point at the top of the mountain. In 34ºC heat and wearing cycling shoes this wasn't quick, or much fun, nevertheless, at the top I fixed the bike and rode the final 12km downhill through cool pine forests to collect my medal in Morzine. 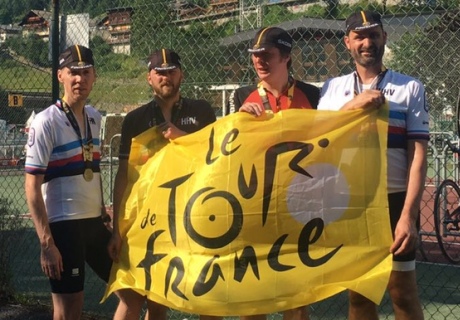 I'm raising money for SCI because I know first-hand what schistosomiasis does. In 2015 I had an operation on my bladder to save my right kidney, as a result of being infected with schistosomiasis when swimming in Lake Malawi in 1995, which had gone undetected for a few years. Later this year I will have a similar operation to prevent further damage to my left kidney.

The work that SCI does prevents children and at-risk adults across Africa from ever having to experience the pain and life threatening effects of this preventable chronic disease. Less fortunate than myself sufferers in Africa do not have access to the expensive medical treatment needed to prevent suffering and early death once infected. Just 30p per person per year protects them from this killer parasite.

L'Etape has been my goal for the year to make sure I got my fitness back post-op, and I'm looking forward too many other adventures down the years. Supporting SCI will ensure thousands of children can dream and hopefully look forward to many adventures of their own!

If you would like to sponsor Steve here is the link to his fundraising page - http://uk.virginmoneygiving.com/Etape-for-SCI