As final preparations are being made before this weekend's opening ceremony, a number of Imperial athletes are setting their sights on gold.

Imperial alumnus Mel Wilson will be flying the flag for Imperial and Team GB at this year’s Rio 2016 Olympic Games after being selected for the rowing team.

Mel, who graduated last year from the School of Medicine, has been training for the games as a member of Imperial College Boat Club (ICBC), along with other Team GB rowers Zoe Lee and Sam Scrimgeor. 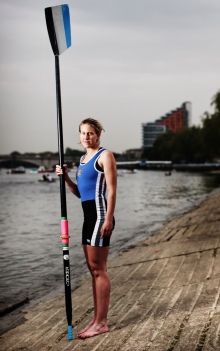 This will be Mel’s second Olympic Games having previously competed at London 2012, where, along with Debbie Flood, Frances Houghton and Beth Rodford, she competed in the GB quadruple sculls finishing just outside the medals in 6th place.

Stuart Whitelaw, Head of Rowing at Imperial, said: "Mel has been an inspiration to us at Imperial College Boat Club. To have gained a place in the Olympic team less than a year after completing her medical degree is testament to her outstanding abilities. Every Imperial rower, past and present will be raising an extra cheer for the GB Women's Eight."

Rowing is one of the first sports at this year’s games - which start on Saturday 6 August in Rio’s Lagoa Stadium.

Mel, along with fellow ICBC athlete Zoe Lee, will be competing in the first heats of the Women’s Eight on Monday 8 August at 12.50 (BST).

Rowing is a historically fertile ground for British medals and following London 2012’s record haul of nine medals, hopes are high that Mel and this year’s team make a strong showing at this year’s games. 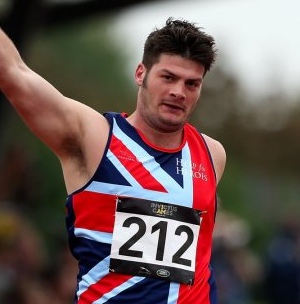 Imperial is represented in next month’s Paralympics by PhD student Dave Henson competing for team GB in the T42 200m competition.

Dave previously rose to prominence as he captained Team GB at the inaugural Invictus Games in 2014, leading a team of injured service personnel and veterans in Prince Harry’s competition for armed services representatives from around the world.