Guests quench their thirst for discovery at watery Imperial Fringe Did you know that thirsty pavements are popping up around London to prevent flooding?

Or that pumping London’s water uses more energy than running the Tube?

Imperial’s Fringe event on Thursday was saturated with soggy scholarly pursuits. From parasite infested waters to oceans on other planets, 14 research teams from across the College showed off their projects.

See our guests dive into various pools of research below 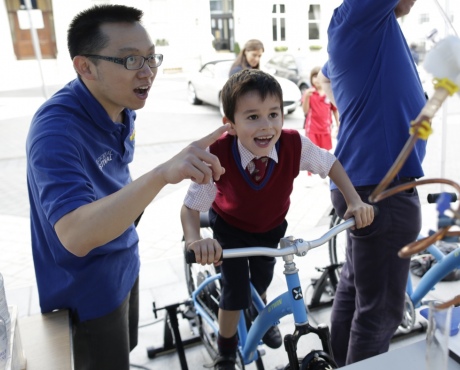 Bottled, tap or recycled: This blind, three-way test‎ with Nick Voulvoulis at Imperial's Centre for Environmental Policy certainly got our taste buds and brains working, but which water was which? 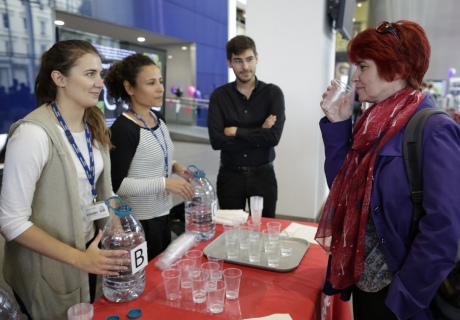 This award winning drone, developed by Talib Alhinai at Imperial’s Aerial Robotics Lab fixes cracks in hard-to-reach water pipes with expanding foam, so that humans don’t have to! 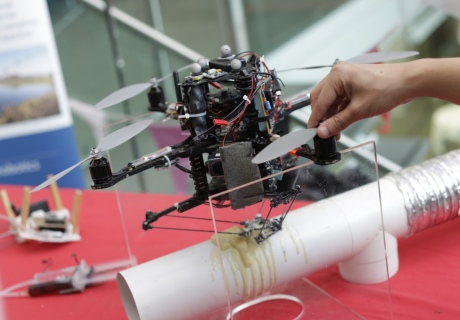 How many schistosomiasis-spreading snails did you find lurking in the water on Thursday? Guests explored with researchers from the Schistosomiasis Control Initiative

All this fun makes for thirsty work! Guests quenched their thirst with these portable, biodegradable, single-use water bottles, developed by Ooho Water at the Skipping Rocks Lab… 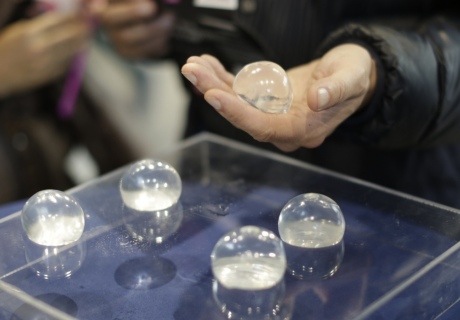 …before treating themselves to a refreshing flavoured ice cone. 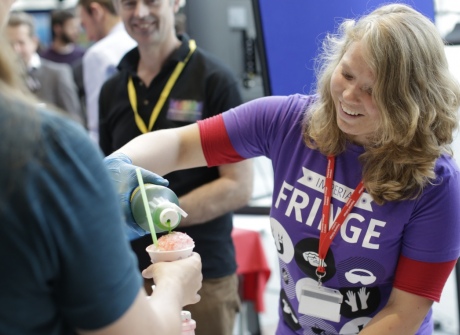 Water way to spend an evening!

See what visitors themselves made of the event below, with this round up of social media activity