Scientists have demonstrated a highly efficient method for wirelessly transferring power to a drone while it is flying.

The breakthrough could in theory allow flying drones to stay airborne indefinitely by simply hovering over a ground support vehicle to recharge opening up new potential industrial applications. 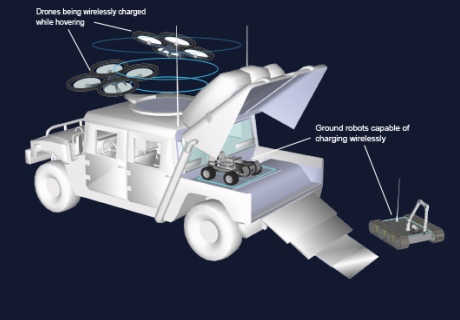 Drones could draw their power from mobile charging vehicles

The technology uses inductive coupling, a concept initially demonstrated by inventor Nikola Tesla over 100 years ago. Two copper coils are tuned into one another, using electronics, which enables the wireless exchange of power at a certain frequency. Scientists have been experimenting with this technology for decades, but have not been able to wirelessly power flying technology.

Now, scientists from Imperial College London have removed the battery from an off-the-shelf mini-drone and demonstrated that they can wirelessly transfer power to it via inductive coupling. They believe their demonstration is the first to show how this wireless charging method can be efficiently done with a flying object like a drone, potentially paving the way for wider use of the technology. 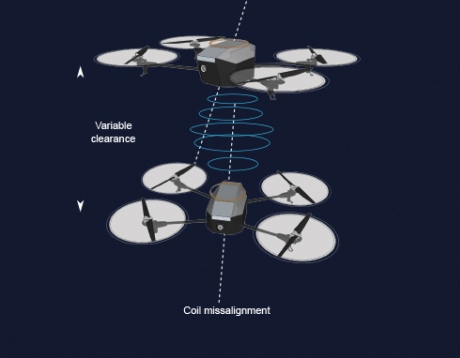 The research breakthrough could lead to drone-to-drone recharging

To demonstrate their approach the researchers bought an off-the-shelf quadcopter drone, around 12 centimetres in diameter, and altered its electronics and removed its battery. They made a copper foil ring, which is a receiving antennae that encircles the drone’s casing. On the ground, a transmitter device made out of a circuit board is connected to electronics and a power source, creating a magnetic field. 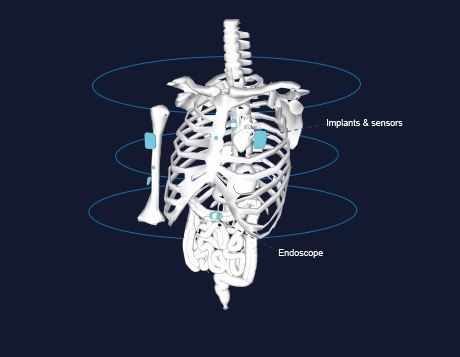 The wireless charging method could have potential in healthcare

The technology is still in its experimental stage. The drone can only currently fly ten centimetres above the magnetic field transmission source. The team estimate they are one year away from a commercially available product. When commercialised they believe their breakthrough could have a range of advantages in the development of commercial drone technology and other devices.

The use of small drones for commercial purposes, in surveillance, for reconnaissance missions, and search and rescue operations are rapidly growing. However, the distance that a drone can travel and the duration it can stay in the air is limited by the availability of power and re-charging requirements. Wireless power transfer technology may solve this, say the team. 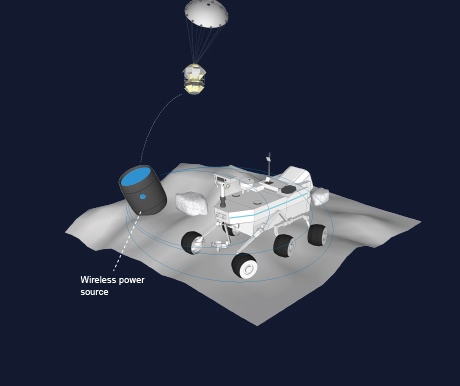 The technology could even prolong the life of expensive Mars missions

Dr Samer Aldhaher, a researcher from the Department of Electrical and Electronic Engineering at Imperial College London, said: “There are a number of scenarios where wirelessly transferring power could improve drone technology. One option could see a ground support vehicle being used as a mobile charging station, where drones could hover over it and recharge, never having to leave the air."

Wirelessly transferring power could have also applications in other areas such as sensors, healthcare devices and further afield, on interplanetary missions. 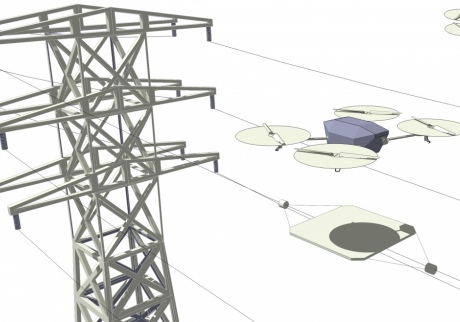 Professor Paul Mitcheson, from the Department of Electrical and Electronic Engineering at Imperial College London, explains: “Imagine using a drone to wirelessly transmit power to sensors on things such as bridges to monitor their structural integrity. This would cut out humans having to reach these difficult to access places to re-charge them.

“Another application could include implantable miniature diagnostic medical devices, wirelessly powered from a source external to the body. This could enable new types of medical implants to be safely recharged, and reduce the battery size to make these implants less invasive.

“In the future, we may also be able to use drones to re-charge science equipment on Mars, increasing the lifetime of these billion dollar missions.

“We have already made valuable progress with this technology and now we are looking to take it to the next level.”

The next stage will see team exploring collaborations with potential industrial partners.