Invasive species threaten global biodiversity by predating on, or outcompeting, native species and by carrying diseases. They can also cause serious economic damage, for example by devastating crops.

However, it is difficult to predict which species will become invasive after they are first introduced to a new area - which will establish self-sustaining populations that spread and which will die out.

Once a species has become fully invasive they are incredibly hard and expensive to control, let alone eradicate, so catching an invasion before it gets going is a major conservation win.

This is because many factors could influence their ability to become established, such as their basic biology, the local climate and the density of the local human population.

Now, by investigating records of movement for nearly 1,000 bird species from the years 1500-2000, a team led by UCL and including researchers from Imperial have uncovered key factors in their spread.

They found that human activities are the main determinants of how many alien bird species live in an area, but that alien species are most successful in areas already rich with native bird species. The study is published today in the journal PLOS Biology.

Study co-author Dr David Orme from the Department of Life Sciences at Imperial, said: “By looking at these factors, we can then identify current or future introductions of species that share the hallmarks of previous invasions, giving us an early warning system.

“Once a species has become fully invasive they are incredibly hard and expensive to control, let alone eradicate, so catching an invasion before it gets going is a major conservation win.” 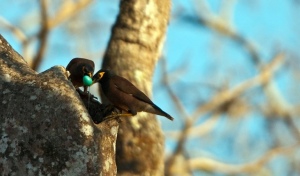 Relatively few bird species are invasive but they do have very serious impacts - including the extinction of other species - and three are listed by the International Union for the Conservation of Nature as being in the worst 100 invasive species. Those three are the Indian myna, the European starling and the red-vented bulbul.

Dr Orme said: “All three are aggressive competitors with other birds and mammals for nest spaces; the myna eats the young and eggs of other bird species; and the starling and bulbul are both serious agricultural pests. The starling in particular has been very widely invasive: in the US, it is thought to cause hundreds of millions of dollars a year of agricultural damage by eating fruit and grain crops and animal feed.”

The rate of introductions increased sharply in the middle of the nineteenth century as Europeans, particularly the British, purposefully exported beneficial birds - largely game birds - to new territories. ‘Acclimatisation Societies’ moved birds such as ducks, geese, pheasants, partridge, and pigeons to (and from) colonies during this period. 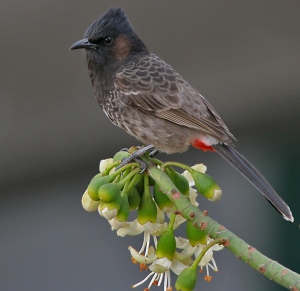 Another acceleration happened after World War II, and continues to the present day. This is most likely driven by growth in trade: many alien bird species introduced in recent years include popular cage birds such as parrots, finches and starlings.

The analysis suggests more alien birds are introduced where people have more disposable income – in many areas, owning an alien bird is a symbol of status, and sometimes species escape or get released.

These historical factors are the main reason why the global map of alien birds shows most species today are found in the mid-latitudes. This is where former British colonies and countries with high GDP are located. Hotspots include the US, Japan, Taiwan, Hong Kong, New Zealand, Australia, and Persian Gulf states.

Supervising author Professor Tim Blackburn from UCL said: “One of the main ways humans are altering the world is by moving species to new areas where they do not normally occur.

“Our work shows why humans have been moving these ‘alien’ bird species around for the last 500 years - primarily through colonialism and the increasingly popular cage bird trade - and why some areas end up with more species than others.”