In pictures: Imperial Fringe invests in the public with all things money

Hundreds of visitors discovered how money makes the world go round at the latest finance-themed Imperial Fringe event this week.

The Money Matters event welcomed members of the public to explore all things money related, from discovering game theory through pirates, to learning about the brain through gambling theory. Here are some of the evening’s highlights.

A digital look at digital money 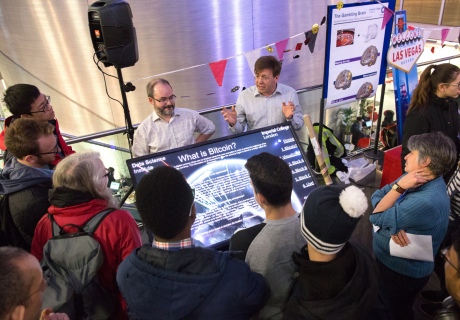 Bitcoin is a digital open-source ‘cryptocurrency’ taking the online world by storm. Researchers from the Departments of Computing and Bioengineering wowed audience members by explaining just how Bitcoins are transferred securely. Fringe-goers also immersed themselves in the Bitcoin revolution through guided visits to Imperial’s impressive wrap-around 313 degree, 64-screen KPMG Data Observatory.

Can accounting save the world? 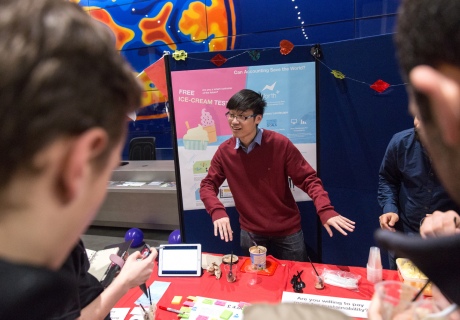 With new pressures for global corporations to meet tough sustainability targets, Amit Kalra and Long Kei Fong from the Worth+ Initiative tested the sweet temptations of the audience. The pair challenged Fringe-goers to decide whether they would be willing to pay the price of an expensive ice cream, whose profit went to environmental protection and workers’ rights, over a cheap ice cream from an unsustainable business. Best of all? Whichever side we picked, we all got to taste it!

Gambling on the brain 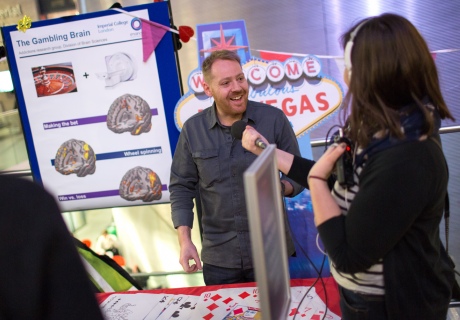 Gambling is a popular pastime, but in some cases it can become a huge problem. Members of the Division of Brain Sciences demonstrated the relation between gambling problems and drug addiction; showing how the same areas of the brain light up when addicted to either.

“Gambling is socially accepted, whereas drug taking isn’t. Gambling is therefore treated less seriously, despite the same addiction circuitry of the brain being involved.”

Do we need cash? 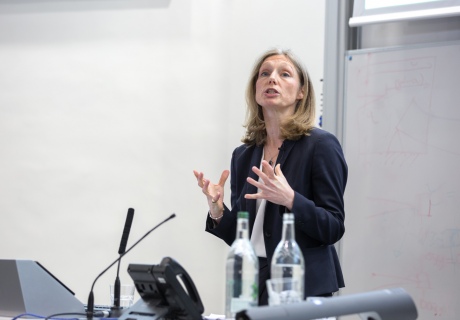 Imperial Business school alumna and Chief Cashier at the Bank of England, Victoria Cleland, gave an inspiring talk on why she believes we will always want to have cash, despite the growing trend in digital payments like contactless credit cards.

She explained: “Money is a store of value, a unit of account, and a medium of exchange. This of course suffices digitally, however people want cash for budgeting and security. Cash is absolute – they can physically see the exchange in front of them.”

Attentive listeners were surprised to discover the demand for cash is actually growing at a rate of six per cent per year, opposing the audience’s prior beliefs that cash is in decline. 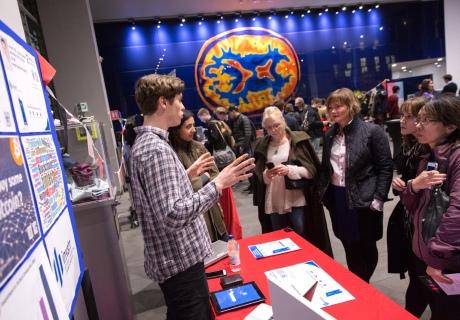 Imperial FinTech, one of the newest societies at Imperial exploring the financial technology (FinTech) industry, presented the rise of the mobile, on-demand economy. Fringe-goers heard of the new Investr investment game app, which lets anyone play the markets, learn, and share, without having to invest hundreds of thousands of pounds.

Imperial FinTech are welcoming the CEO of Investr, and former Global Head of Equity Trading at Deutsche Bank, Kerim Derhalli, to Imperial on 20 February 2017 for their launch event. Join the free event here.

Will Reid, Founder and Chair of Imperial FinTech, said: “We were promoting our newly formed society which serves as a platform to connect the unique community on campus of high-calibre, tech-savvy and entrepreneurial students and academics with some of the most innovative and disruptive financial technology companies in the FinTech capital of the world, London.”

Helena Spooner, Sub-Editor of I, Science, took visitors through the Race the Researcher game, which challenges participants to decide who wins a major research grant before it disappears.

She said: “It was great seeing children getting excited about pitching their own ideas for inventions. We explained why they responded the way they did based on human behavioural research.”

Natasha Gertler, Pictures Editor for I, Science, posed the Pirates Dilemma: where participants had to anonymously decide whether to split or steal a pot of cash.

She said: “The Pirates Dilemma was really well received by both adults and kids - in fact the adults sometimes got even more into it than the children! It was a great way to demonstrate game theory in a way that really engaged them emotionally and competitively. It was also really fun to watch!” 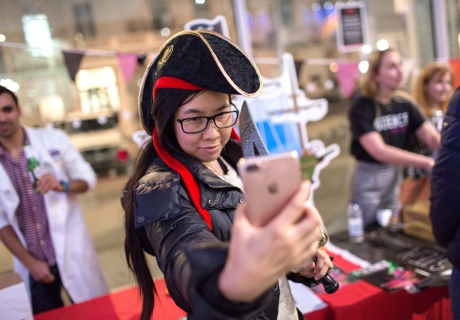 Events Manager for I, Science magazine, Judit Agui, spoke of the value of the Fringe in engaging the local community with the life of Imperial.

She said: "The Imperial Fringe is a great place to learn from researchers, and also from students, of Imperial. The I, Science stand is a place for people to play games to reflect on ideas and themes of the Fringe, whilst taking a read of our free student-run magazine." The next Imperial Fringe (Saturday 18 March 2017, 11:30-14:30) brings science and sport together. The College will join Queen's Park Ranger's football club in W12 to welcome families to a free, fun-filled festival of Science and sport.

Find out more about the Science & Sport Day Fringe.