Professor Michael Duff is honoured for his outstanding contributions to theoretical physics, while two others pick up subject medals.

The Paul Dirac Medal and Prize, for ‘outstanding and sustained contributions to theoretical (including mathematical and computational) physics’, is awarded to Emeritus Professor Michael Duff.

Professor Duff gained his PhD in theoretical physics in 1972 at Imperial College under Nobel Laureate Abdus Salam, returning several times over the years and becoming Principal of the Faculty of Physical Sciences and Abdus Salam Professor of Theoretical Physics in 2005.

In its citation, the Institute of Physics (IoP) said: “Throughout his career Professor Michael Duff has made groundbreaking advances in the areas of unified theories of the elementary particles, quantum gravity, Kaluza-Klein theory, superstrings, supermembranes, M-theory and quantum information theory.” 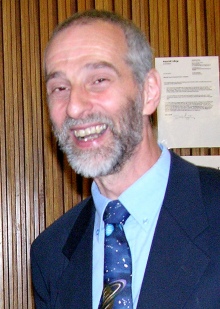 His work involves the interactions between plasmas in the solar system, particularly the shockwaves that form in the collision between the solar wind and Earth’s magnetic field.

He also plays a leading role in NASA’s Magnetospheric Multiscale (MMS) mission, which is a constellation of four satellites investigating how the Sun’s and Earth’s magnetic fields explosively connect, leading to spectacular aurorae and upsetting GPS signals. 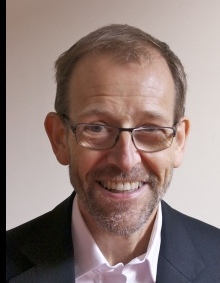 In its citation for the Nevill Mott Medal and Prize, the IoP described Professor Michael Finnis as “one of the most original and versatile materials physicists in the world.”

His research focuses on exploring the links between the electronic structure of materials, the behaviour of their atoms, thermodynamic functions and the evolution of microstructure. He has a joint appointment between the Departments of Physics and of Materials at Imperial.

Professor Finnis was also a founder member of the Thomas Young Centre - London Centre for Theory and Simulation of Materials, and has served as its Director and Deputy Director.