Options for a greener gas grid are explored by researchers from Imperial College London in a white paper out today.

The gas grid or network currently transports natural gas to industries, households and businesses. Due to concerns over greenhouse gas emissions, scientific scenarios to tackle climate change show a reduced role for gas networks in the future, with policymakers preferring routes that involve decarbonised electricity.

Now, researchers at the Sustainable Gas Institute (SGI) at Imperial have reviewed evidence on low-pressure gas networks, which is the part of the gas infrastructure that supplies homes and businesses. The researchers investigate switching the gas network to other sources of energy such as biomethane and hydrogen, which can be produced without carbon dioxide emissions – a process called decarbonisation. 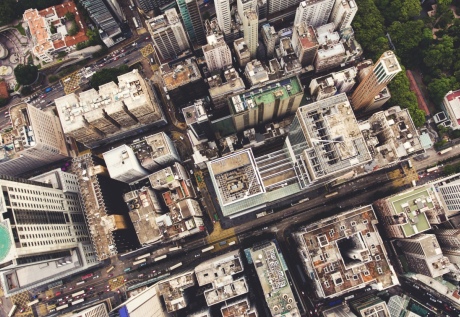 Decarbonised gas will be most useful to domestic consumers in urban environments with dense populations and limited options to use other technologies.

Dr Jamie Speirs, the lead author from the Institute of Sustainable Gas, said: “Our white paper is the first step in helping us to determine if a decarbonised gas network could help some countries to meet their climate targets in the future. We believe decarbonised gas could complement other sustainable forms of energy such as decarbonised electricity.”

The timeframe for the potential conversion of the gas network could be in the late 2020s.

The white paper explores the costs to consumers for decarbonised gas. There are still uncertainties around the costs to produce, transport and store decarbonised gas and there is a wide range of estimates. However, the researchers estimate that for biomethane the retail price might be on average around 8.1 pence per kilowatt hour (p/KWh). Hydrogen could cost on average 9.3 pence (p/KWh). To contextualise, in 2015 the equivalent EU price for electricity was 17 pence (p/KWh) and the average EU natural gas retail price was 5.4 pence (p/KWh).

The researchers also explored the costs for converting existing gas consuming homes to decarbonised sources. Converting an existing gas consuming property to biomethane would cost nothing as the existing infrastructure could safely transport this decarbonised gas. To convert to hydrogen, costs may be in the order of £3000 per household. This could include the cost of a new hydrogen boiler, installation of internal pipes, a new meter, and potentially a conversion or replacement of gas fired cookers.

In terms of energy storage, decarbonised gas may have an advantage of being more flexible in terms dealing with fluctuating seasonal demands, say the authors of the paper. This is compared to storing decarbonised electricity, which is more technically challenging. However, the actual value of this flexibility needs to be fully calculated in more detail, say the authors.

Dr Paul Balcombe, a co-author in the Sustainable Gas Institute at Imperial, said: “The timeframe for the potential conversion of the gas network could be in the late 2020s. A future low carbon gas distribution network may transport hydrogen to some regions and biomethane to others, depending on what resources are available. Decarbonised gas will be most useful to domestic consumers in urban environments with dense populations who have limited amounts of space to use other low carbon options. We will also need to build new industrial plants to produce these decarbonised gases, which will be distributed to households that may have to convert their appliances.”

The researchers in the white paper highlight the challenges of decarbonising the existing gas infrastructure. These include uncertainties around the technical capabilities in the existing gas networks in terms with being able to safely transport hydrogen. More work also needs to be done to explore the level of decarbonisation achievable, and the overall costs of converting the entire network to either biomethane or hydrogen or both.

In terms of the next steps, the authors cite where new research needs to be carried out. Currently, there is limited evidence on the capability of the low-pressure gas networks to transport 100 per cent hydrogen and improving our understanding of this will be key for decision-makers. White paper: &quot;A greener gas grid: what are the options?&quot;