Closthioamide, discovered in 2010, might eventually offer an alternative for current drugs that are becoming less effective against gonorrhoea.

The World Health Organization (WHO) has estimated that 700,000 people around the world die annually from drug resistant infections. It also listed drug resistant gonorrhoea, a sexually transmitted disease caused by the Neisseria gonorrhoeae bacterium, as a high priority infection that poses a great threat to human health.

The imminent threat of untreatable antibiotic-resistant infectious diseases, including gonorrhoea, is a global problem for which we urgently need new antibiotics. This new finding might help us take the lead in the race against antimicrobial resistance.

Antimicrobial resistance occurs when a strain of bacteria evolves to resist each consecutive treatment, until no treatments are left, leaving these so-called 'superbugs' incurable. Antibiotics have become less effective against certain bacteria, including N. gonorrhoeae, largely due to overuse and misuse of antimicrobials.

Some strains of N. gonorrhoeae are now currently untreatable due to the lack of alternative treatments. The standard WHO recommended treatment combines the antibiotics ceftriaxone and azithromycin, but without treatment, gonorrhoea infection can lead to pelvic inflammatory disease and infertility in adults, and vision damage in babies when passed from the mother during childbirth.

Now, for the first time, researchers from Imperial College London and the London School of Hygiene & Tropical Medicine have tested the new antibiotic, closthioamide, on gonorrhoea samples in the laboratory.

The researchers tested 149 samples of N. gonorrhoeae from hospital patients with infections in the throat, urethra, cervix and rectum. They found that at very low amounts (≤0.125mg/L), closthioamide was effective against 146 of 149 samples taken from patients, and against all of the samples provided by WHO which were known to be resistant to other antibiotics. 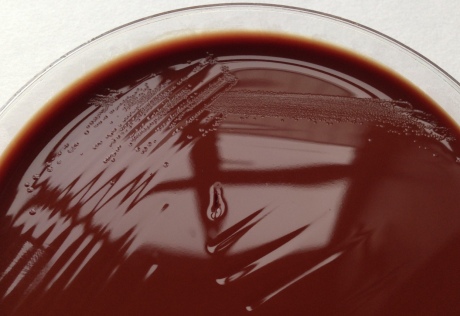 Although still yet to be tested on animals and humans, the researchers say the antibiotic could be an exciting new step in the fight against the disease. The paper is published today in the journal Antimicrobial Agents and Chemotherapy.

Dr John Heap, lead author from Imperial’s Department of Life Sciences, said: “The imminent threat of untreatable antibiotic-resistant infectious diseases, including gonorrhoea, is a global problem for which we urgently need new antibiotics. This new finding might help us take the lead in the race against antimicrobial resistance.”

Victoria Miari, lead author from the London School of Hygiene & Tropical Medicine, said: “Antibiotic resistance, combined with the reduction of drug development, is one of the biggest health issues facing the world today. The problem threatens to render many human and animal infections untreatable, including gonorrhoea. With no effective vaccine available, new antibiotics are urgently needed to tackle this infection which, left untreated, can have very serious consequences.”

She added: “The results of our initial laboratory studies show that closthioamide has the potential to combat N. gonorrhoeae. Further research is needed, but its potential to successfully tackle this infection, as well as other bacteria, cannot be underestimated.” 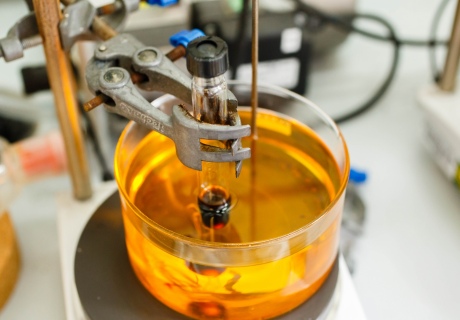 The authors explained that discovering and developing new antibiotics is difficult and time-consuming, hence the slow pace of antibiotic discovery. Dr Heap said: “We believe there are many undiscovered antibiotics out there in nature, but they are difficult to find and test. For example, the bacteria which produce closthioamide naturally make only tiny amounts that are not enough to test or use, so we had to chemically manufacture it ourselves by mimicking its natural structure.”

This is an early stage laboratory-based study, so scientists have yet to determine closthioamide’s effectiveness in animals and humans. Dr Heap explained: “The next step will be to continue lab research to further assess the drug’s safety and effectiveness. Despite showing tremendous promise, it will be a number of years before, and if, we can use the drug in real life human cases.”

This research was supported by internal funding and the Biotechnology and Biological Sciences Research Council.