An Imperial scientist whose work has shined a light on the genetic components of diabetes has received a prestigious award for his research.

Professor Jorge Ferrer, chair in medicine and genetics at the College, has been awarded the Albert Renold Prize from the European Association for the Study of Diabetes (EASD).

As part of the award, Professor Ferrer has been invited to deliver this year’s prize presentation to delegates gathered in Lisbon, which will focus on how genomics can be harnessed to unravel the molecular causes of common forms of diabetes.

According to the World Health Organization, more than 420 million adults around the world have diabetes, leading to 1.5 million deaths each year. 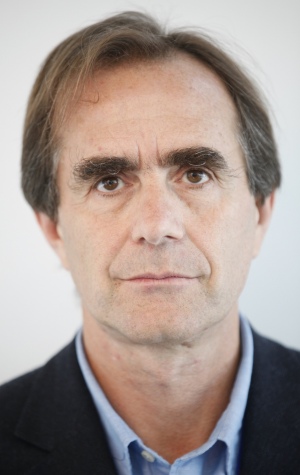 The condition, which is characterised by high blood glucose levels, carries with it a number of health implications, which can include damage to the heart, eyes, blood vessels and kidneys, and can even lead to limb amputation due to ulcers.

Despite the health implications, we still don’t understand the complex molecular pathways underlying most cases with diabetes.

Professor Ferrer’s work focuses on how the genome regulates pancreatic beta cells – which produce insulin – and the implications for diabetes.

The human genome contains approximately 20,000 genes, which encode for the proteins needed for our cells to function, but this is only part of the picture. We now know that beyond these genes, the human genome contains a much larger number of DNA stretches – previously thought to be non-coding ‘junk DNA’ – that act as switches to turn genes on or off in different cells.

Lighting up the 'dark' genome

Other research has led to genome maps that show the location of molecular switches that turn on genes needed to make the pancreas in the embryo. This showed that the mutations that cause a rare disease in which children are born without a pancreas disrupt an embryonic pancreas switch, instead of disrupting a gene.

Ultimately, we hope the work will lead towards personalised treatments, and reduce the burden of this disease around the world

Commenting on the award, Professor Ferrer said: “We know that these non-coding regions of the genome are actually very important in regulating the activity of genes in the cells of the pancreas, and so play a role in human diabetes.”

“Building on this knowledge will enable us to uncover more about the molecular basis of diabetes. Ultimately, we hope the work will lead towards personalised treatments, and reduce the burden of this disease around the world.”

In a statement, the EASD said: “Collectively, this work highlights the power of new genomic technologies to unravel the molecular underpinnings of diabetes.

"It has revealed DNA variants that affect human disease not through the direct disruption of genes, but by altering the switches that control genes that are essential for beta cell function. This exposes networks that can be targeted to develop more effective therapies to halt this devastating disease.” 'Junk DNA' could play an important role in diabetes