The Herschel Space Observatory's discoveries are celebrated this week by the European Space Agency and collaborating institutes, including Imperial.

Herschel was launched in 2009 and operated for four years, peering at distant galaxies for clues as to how they form stars and key molecules such as water.

I remember seeing the first deep extragalactic survey data coming in and thinking ‘My God, it’s full of galaxies’.

The mission came to an end in 2013 when the observatory exhausted its supply of coolant, necessary to keep the instruments working. The craft was then put into an orbit around the sun, where it drifts today.

The European Space Agency (ESA) has chosen 18-22 September 2017 to celebrate the achievements and legacy of the Herschel Space Observatory.

Herschel’s telescope was unique in that it could scan the skies at a wide range of infrared wavelengths – wavelengths on the spectrum beyond the range of visible light.

These wavelengths are important for studying the star-forming power of galaxies. Galaxies emit about half of their total light in this range, so measuring it can help quantify a galaxy’s star formation activity.

As the Universe expands, the light emitted by distant galaxies also stretches, making its wavelength shift further into the infrared range. This ‘redshift’ is important for studying galaxies that are very far away from Earth.

Their distance also means that we see these galaxies as much older – because the light has been travelling for a long time to reach us. Herschel has been able to see galaxies as they were about 10 billion years ago – when they were only about a billion years old, in their peak star-forming time.

Dr Dave Clements, from the Department of Physics at Imperial, worked with Herschel galaxy observations throughout its mission. For him, an important legacy of Hershel is the sheer wealth of the observations: “I remember seeing the first deep extragalactic survey data coming in and thinking ‘My God, it’s full of galaxies’.”

Imperial scientists were involved in part of the HerMES and H-ATLAS galaxy surveys, seeing the data at a very early stage. PhD students and undergraduates at Imperial continue to make extensive use of the Herschel data.

The science programme has revealed numerous insights into the star-forming power of galaxies young and old. For example, the galaxies that we see when they were only a couple of billion years old were forming stars roughly ten times faster, on average, than galaxies today, although there are some forming stars much, much faster. 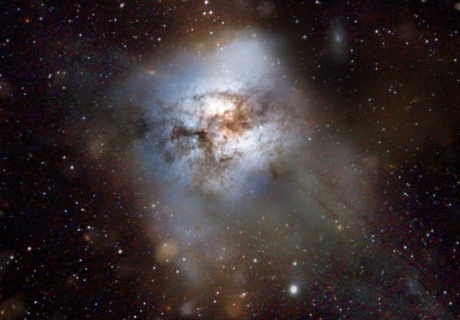 Dr Clements said: “My favourite object so far discovered by Herschel is HFLS3, the most distant Herschel source currently known, a massive rapidly star forming galaxy that we found just a billion years after the Big Bang.

“It has no right to exist there, according to most galaxy formation models, and we still don’t know how it got there. We could tell, though, just by looking at the early data that it was a very special object.

Herschel was built and operated by ESA, but included collaboration from around the world. Dr Clements said: “This mission was truly international. Imperial was part of the SPIRE Instrument Control Centre, but the SPIRE team included people from across Europe and as far away as California and Beijing.”

Pedro García-Lario, Herschel Mission Manager at ESA, said: “Such a large project would not have been possible without the cooperation of many institutions from across Europe and the world, each one contributing in different ways to the success of the mission, from the ESA-led Herschel Science Centre and Mission Operation Centre to the instrument consortia and the NASA Herschel Science Center.” 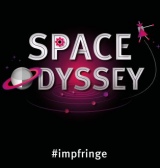 Come and meet Dr Clements and more space researchers at Imperial’s next Fringe event: A Space Odyssey, on 10 October 2017 in the College main entrance from 17:00 - 20:00.

Dr Clements will be bringing a quarter scale model of Herschel, discussing its results and technology, and using a thermal imaging camera to show what the world looks like in the infrared.