Imperial and one of Japan's top universities joined forces at a two-day workshop in London this week.

The 2nd Tokyo Tech-Imperial Workshop, brought together some of the world’s leading researchers to explore new collaborations in bioscience and its links with technology, encompassing expertise in synthetic biology, data science and neurotechnology. 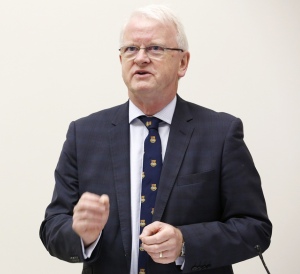 “Although this is about promoting new collaborations, the two universities are old friends,” he said.

“There was a considerable amount of excitement within our academic community as the plans for this day materialised, with many of our brightest and best researchers eager to take part.  With such complementary expertise at our institutions - in fields ranging from robotics to neurosciences to chemical biology – I am certain that with such a deep well of goodwill on either side that we can build on our existing partnership, and expand into new and exciting areas.”

President Mishima said he was “pleased to see the growing collaborations between our institutions, especially in big data, synthetic biology and neurotechnology,” which have resulted in significant academic exchanges and research discoveries. These include Professor Sergei Kazarian’s support for Tokyo Tech colleagues in spectroscopic imaging, which was “an inspiration to our students and researchers alike.”

Professor Rod Smith, who has been collaborating with Tokyo Tech engineers since the 1970s, emphasised the very long-term nature of London and Imperial’s connections with Japan, dating back to the 19th century. These ties include the father of seismology John Milne (1850 – 1913) who, after graduating from the Royal School of Mines, made some of his most important discoveries at Tokyo’s Imperial College of Engineering. 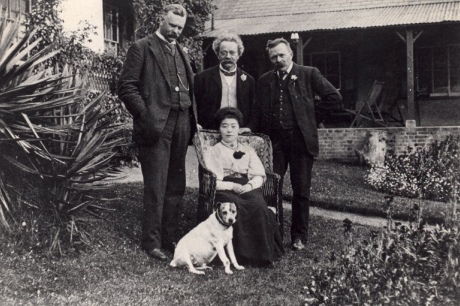 Professor Maggie Dallman, Associate Provost (Academic Partnerships), was the driving force behind the Tokyo Tech-Imperial workshop series, the first of which was held in Japan in 2016.

Professor Dallman spoke about the two universities’ aim of “tackling grand challenges relevant to the UK, Japan and the world,” taking advantage of complementary expertise, matching projects to funding opportunities in the UK and Japan, and PhD student exchanges. She said the two institutions see “the role of universities as not just in science but in promoting social cohesion.” 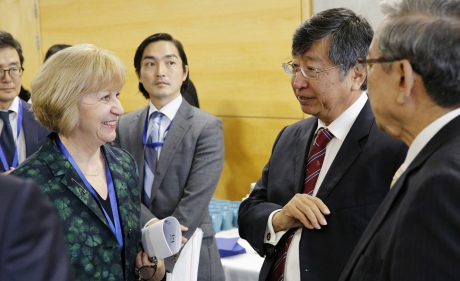 Japan’s Ambassador to the UK Koji Tsuruoka said that soon after arriving in London “Imperial College was a ‘must visit’ for me. Imperial demonstrates the quality of British science,” and “Tokyo Tech is a very appropriate counterpart to Imperial.”

“Science knows no boundaries,” he added, so it is right that the two universities “will contribute to the future prospects of the whole world – not just the UK and Japan.”

London correspondents from the Nikkei, the world’s highest circulation financial newspaper, and the Tokyo Shimbun, one of Japan’s most respected quality newspapers, attended the workshop and toured the College. 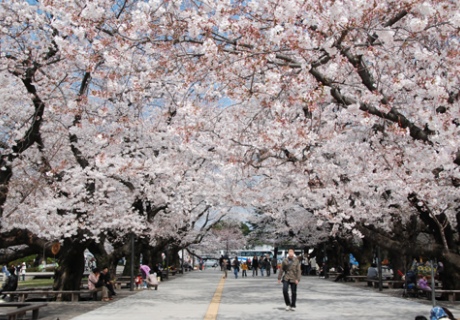 They visited labs, met Imperial academics and some of the College’s 75 Japanese students. They also interviewed Professors Stirling and Mishima about the two universities’ collaborations and aspirations. When asked about Imperial’s position in the world top ten of major university rankings, Professor Stirling said “The secret of our success is that we’re a global institution”.

The guests toured the Hydrodynamics laboratory, based in the Department of Civil and Environmental Engineering. The lab consists of state-of-the-art wave tank facilities, covering a floor area of some 3,000 square metres. 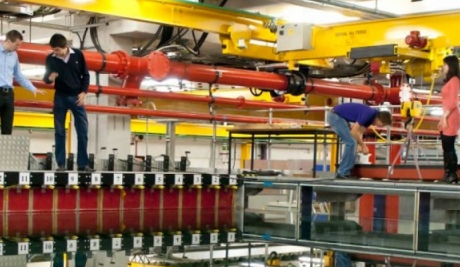 Dr Marios Christou simulated conditions in the ocean, creating different wave formations and wind conditions for the visitors. The Imperial researcher also showed a device for creating tsunamis in a wave tank, which was of special interest to the journalists.

In another demonstration, Dr Henry Burridge demonstrated how these tanks could be used to model airflow. In particular, they were using fluids to model how smoke travels through buildings, which could have applications for improving airflow in houses in developing countries where open fires are common. By using a coloured brine solution, which is heavier than the tank water it travels through, Dr Burridge was able to simulate how the solution travelled through rooms in a similar way to smoke.

Professor Guang-Zhong Yang, who leads the Hamlyn Centre, spoke about the latest robotic technologies that he and his team are developing to reshape the future of healthcare for both developing and developed countries.

Professor Yang and his team are working closely with academic institutions and industry in Japan to develop robotics that is smaller than the width of a human hair. In the near future, these devices will be inserted into the body to deliver treatments to targeted zones, which could improve outcomes and recovery times for patients.