An Imperial start-up is helping farmers in the tropics boost their crops in the face of climate change.

Climate-Edge is pioneering low-cost agricultural weather stations that are designed to help farmers of crops such as coffee and cocoa respond to changing climate conditions to maximise crop yield and quality.

The portable stations, placed among crops, monitor factors such as air temperature, soil temperature, air humidity, leaf wetness and precipitation. Climate-Edge software then interprets this data and feeds it back to the farmers, allowing them to optimise conditions for their crops or protect them from harm. 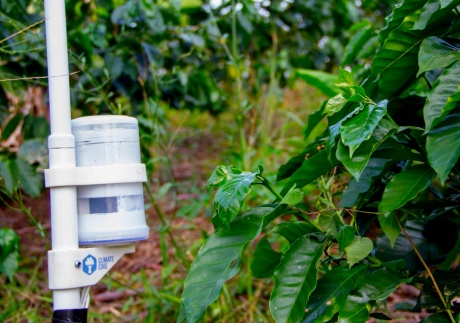 The portable stations are place among crops

Climate-Edge is the brainchild of Imperial researchers Paul Baranowski and James Alden, former Imperial student Gabriel Brueckner, and Dr Peter Baker – an expert in the sustainable production of coffee.

The only problem was that a family of ants had taken a fancy to our electronics box as a home.

Paul, who is a Research Assistant in the Centre for Environmental Policy, said: “There are a lot of factors that can affect crop quality. Heat, humidity, soil quality, precipitation – it’s incredibly complicated and climate change is making it ever more unpredictable.

“We’re trying to bridge the gap between scientific research and smallholder farmers – taking elements of precision agriculture and making the approach affordable and accessible.” 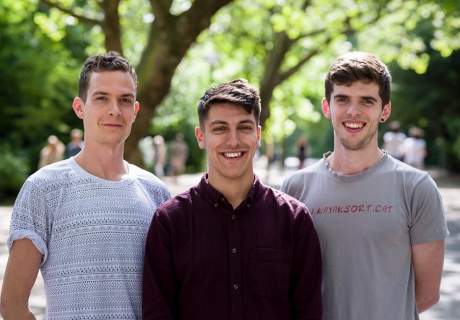 Accessibility is a key priority for the team, as each region and individual farmer will have different needs and requirements: “we’re working on different methods of feeding back information to the farmers” James explained. “We have developed web software, but we know that not all farmers will have access to computers or smartphones, so we’re also making use of SMS and voicemail.”

Gabriel - a former student on Imperial and the RCA’s joint Global Innovation Design programme and current Hacker in Residence at Imperial College Advanced Hackspace - led on the design of their first prototype, which they trailed in Nicaragua in 2016. They installed 12 stations in farms in the Managua region, working closely with the Fairtrade Foundation and local agriculture cooperatives. 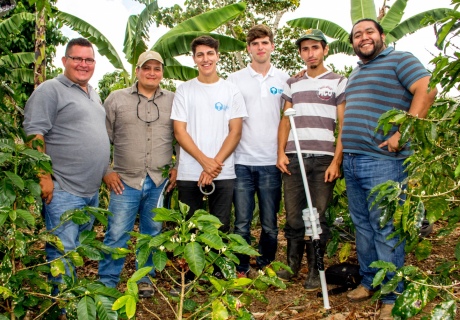 The team worked with farmers and local agricultural cooperatives

Gabriel said: “Prototyping the devices involved a lot of trial and error because there isn’t really anything existing to model them on. Weather stations are usually expensive and typically focus on collecting data for weather forecasts. Ours needed to be very affordable, record data at farm level, and also withstand the conditions in the tropics.”

Paul said: “We’ve tested the stations in UK vineyards before because a lot of the challenges are similar. However, the conditions in the tropics are just not replicable in the UK. The humidity is close to 100%, the rain can be torrential. Shortly after we’d set up the prototypes in Nicaragua, an enormous storm hit. It was the most extraordinary weather – I was actually worried whether our little weather stations would survive – but they did!” 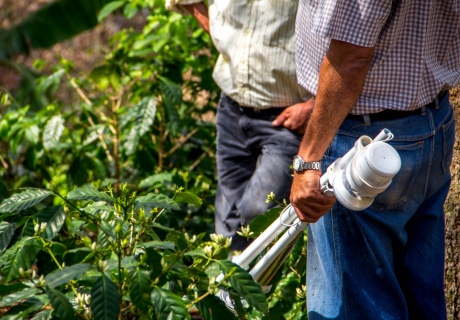 “The only problem was that a family of ants had taken a fancy to our electronics box as a home. I guess this can only be a testament to Gabriel’s design as it was very dry despite the tropical storms. I only wish I hadn’t opened the weather station in my room!”

James, also a Research Assistant at the Centre for Environmental Policy, added: “We’re not here to tell farmers what to do. They know their crops better than we do. We’re just here to equip them with more information and better insights so that they make more informed decisions. Their crops are their livelihood, so this is incredibly important.”

The team is currently working with the Initiative for Coffee & Climate which is implemented by Hanns R. Neumann Stiftung (HRNS) on an initiative to support coffee farmers in Honduras, Tanzania and Brazil to respond to changing climate conditions.

Climate-Edge were supported in the development of their prototype by an Enterprise Boost Grant from Imperial College Advanced Hackspace and Imperial Enterprise Lab.