Imperial alumni are leading some of the UAE's most prominent multinational companies.

Major financial institutions, international conglomerates, and Fortune 500 firms are among those benefiting from the leadership of some of Imperial’s most accomplished graduates. 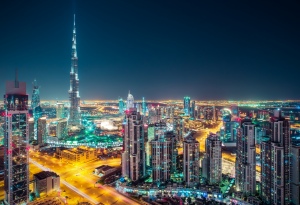 Imperial has more than 400 alumni living in the UAE. On Thursday 14 December, Professor Alice Gast, President of Imperial, will host a reception in Dubai to celebrate the achievements of the College’s alumni and friends in the UAE.

To be successful, what you really need to have is guts.

At 16, after finishing her O-Levels in Malaysia, Rafiah thought she wanted to pursue a career in architecture. But an opportunity to study in the UK swayed her. She explained: “The Malaysian Government was offering scholarships to study in the UK, but there were only scholarships for engineering left available. So I thought, why not? It seemed interesting and challenging, I thought I’d give it a go. That was how my engineering journey began."

Rafiah completed A-Levels and an undergraduate degree in the UK. After three years working in Malaysia as an engineer, she took up a masters at Imperial in digital communications engineering.

She said: “Being a student at Imperial was a wonderful experience. I had fantastic tutors and really supportive classmates. For a time I worked in the College bar with some friends – and we’d have great fun meeting new people and earning a bit of money." 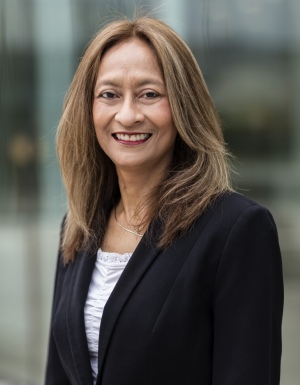 Over Rafiah’s 37 years in the telecommunications industry, she has risen to hold various leadership positions within the Ericsson Group. In 2017, she was awarded ‘Female CEO of the Year’ at the CEO Middle East Awards for her contributions to the ICT industry. She was named 'Woman Game Changer’ of the year in 2016 by Women in Leadership Achievement Awards and was recognized as top female leader of the Forbes Middle East top 100 Executive list for the MENA region in 2016.

She says that an Imperial education has been pivotal in her career: “When you’re looking for jobs in major multinational companies they will look for graduates of top universities and Imperial stands out."

“To be successful, what you really need to have is guts. If you’ve been hired, you know that you’re already competent enough to be in that position. You have enough experience. You need to be able to speak out and show that you can perform."

“I always try to coach younger talent to forge their own personality and develop courage. That way, they will be respected as an individual."

Throughout her career, Rafiah has worked in many countries - Malaysia, Bangladesh, UK, Middle East and Africa. During her leadership experience she has grown businesses in emerging markets, and was responsible for Ericsson’s business in 11 countries on the African continent.

She said: “One very important experience that I cherish is having the opportunity to work with different cultures. When you work in a global company, understanding and appreciating different local cultures and customs is so important. You need to learn to adapt, while still maintaining your own values as an individual, and the values of the business you represent. This is not something you can just read and learn from a book – you need to have lived it. I am grateful to have had that opportunity."

Dr Dalya Al Muthanna, who obtained a PhD in Environmental Research from Imperial in 2015, is President and CEO of GE Gulf. She is the first Emirati, and the first woman, to ever hold the post.

Often, all it takes is a word of encouragement to bring out the best from others

General Electric (GE) is global digital industrial company, spanning aviation, power generation, renewable energy, medical imaging, financial services and industrial products. In 2017, GE ranked among the Fortune 500 as the thirteenth-largest firm in the US, and was listed the forteenth largest in the world among the Forbes Global 2000.

70 percent of hospitals in the Middle East are equipped with GE technologies, and the company supports the generation of more than 60 percent of the region’s electricity.

Dr Muthanna was named the 13th most powerful Arab Businesswoman by Forbes in 2017. 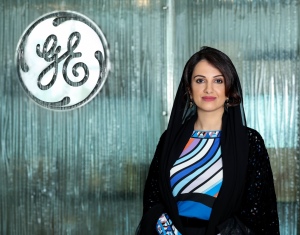 Speaking to Entrepreneur in 2015, she said: “From my personal and professional experience, I have observed that young women join the workplace with tremendous ambition and positive energy.

"Often, all it takes is a word of encouragement to bring out the best from others.

“My suggestion for further energizing women empowerment initiatives is to promote not just work-related skills but also enable your team to develop their personal strengths.

“My final word of advice would be to help women identify their goals and bigger purpose in life. Personal and professional fulfilment, along with true empowerment, comes from an individual accomplishing her goals and working with a clear focus of her purpose. Ultimately, women empowerment is about defining one’s place in the society– and as leaders you can make a big difference to others.”

Leila Hoteit, who obtained a PhD in signal processing from Imperial in 2000, is Partner and Managing Director of global management consulting firm, the Boston Consulting Group (BCG), where she leads the leads the firm’s education and human-capital-development work in the Middle East.

You can either decide to internalize these negative messages that are being thrown at you or you can transform it into your own personal fuel. I have learned to always go for option two.

Named Businesswoman of the Year at the 2016 Arab Business Awards, she is a recognised expert in women’s economic empowerment in the Middle East.

During a TED talk in 2016, she spoke about the unique challenges and opportunities for professional women in the Middle East and the lessons she has leant throughout her career.

Leila said: “Arab women of my generation have had to become our own role models. We have had to juggle more than Arab men, and we have had to face more cultural rigidity than Western women.

“As I have progressed in my career, I have received many words of encouragement, but I have also often been met by women, men and couples who have clearly had an issue with my husband and I having chosen the path of a dual-career couple.

“You can either decide to internalize these negative messages that are being thrown at you, to let them make you feel like a failure, like success is way too hard to ever achieve, or you can choose to see that others' negativity is their own issue, and instead transform it into your own personal fuel. I have learned to always go for option two, and I have found that it has taken me from strength to strength.”

Leila spoke about the need for women to support other women in the business world. “Two of my biggest breaks came through the support of other women,” she said.

“In the West, it seems like ambitious women often compare themselves to other women hoping to be noticed as the most successful woman in the room.

“If there's only room for one woman at the top, then you can't make room for others, much less lift them up.

“Arab women, generally speaking, have not fallen for this psychological trap. Faced with a patriarchal society, they have found that by helping each other out, all benefit.”