Imperial has more than 400 alumni living in the UAE

Imperial held a reception with President Alice Gast in Dubai to discuss ways to utilise the country's growing network of leaders and entrepreneurs.

“I’m excited about creating a corridor of human, technical and financial resources that we as alumni can help and give back to our community here in the UAE.”

More than 65 alumni and friends attended the event where they heard a presentation from former aeronautics student Dr Talib Alhinai, who developed an award-winning drone to spot leaks and fix oil and gas pipelines.

Talib, who was recently named by Forbes as one of its 30 under 30 brightest entrepreneurs, innovators and game-changers, said his time at Imperial allows him to make his project a reality.

Talib said: “To me Imperial was a place where I was really able to achieve my dreams and goals, and was able to make 3D printing with drones a reality. Imperial has given me so much, now that I’m back in the UAE I really want to foster a greater link between Imperial and the UAE.

“I’m excited about creating a corridor of human, technical and financial resources that we as alumni can help and give back to our community here in the UAE.”

President Alice Gast opened the event and updated alumni and friends on the latest developments at Imperial, including the Cassini space mission which recently finished. 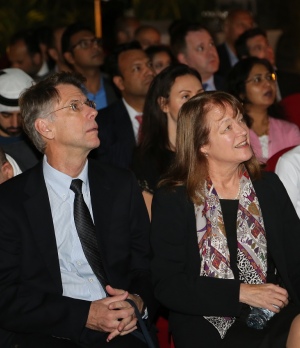 The spacecraft, which was launched in 1997, has spent the last 13 years orbiting Saturn and its environment to examine its rings, moons, atmosphere and interior.

The hugely successful mission was brought to a close in September when the spacecraft was turned towards the planet and burnt up in the atmosphere. 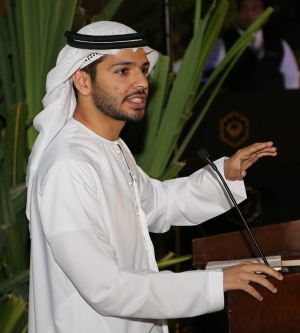 Imperial has more than 400 alumni living in the UAE and connections with institutions including United Arab Emirates University, Khalifa University of Science and Technology, University of Sharjah, Abu Dhabi School of Management and the Ministry of Higher Education and Scientific Research.

Khaled Vincent Chahine (MSc Civil and Environmental Engineering 2013) is the Project Manager for Expo 2020 Dubai, and did a Master's in Hydrology and Water Resources Management at Imperial.

Khaled said: “Imperial shaped my personality, career and the way I behave on a day to day basis. It made me into a leader and gave me the business acumen that sent me on the path to success.”

Between October 2020 and April 2021, Dubai will host the next World Expo, a festival to celebrate human ingenuity, showcase innovation and encourage collaboration.

Two startup companies based at Imperial have won grants from the organisers of Expo 2020 Dubai to take their ideas global. 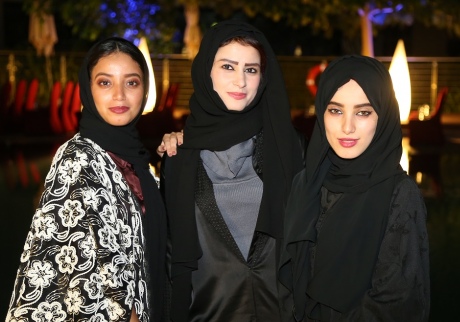 Ideabatic, set up at Imperial’s Hackspace, have developed an innovative cooling system to help prevent vaccines being spoiled in harsh environments. Desolenator, which is located at the College's Incubator have developed a portable device that uses solar power to purify water.

Alumna, Dr Amber Rashid (MSc Business School 2003), who helped organise the event, said that her time at Imperial was a ‘fantastic experience’.

Dr Rashid, said: “The fact that Imperial is in London where you have exposure to so many nationalities, it really opens your eyes. And the experience you get is fantastic and for me it was the first time I was exposed to a lot of different cultures. It’s not just the education it’s the entire experience.”