Members of Imperial are counted among the most promising young innovators in Europe, according to Forbes.

The Forbes 30 Under 30 Europe list comprises the most impressive young entrepreneurs that are reshaping Europe, and the world, for the better.

Among them is Mala Mawkin, an undergraduate student in Imperial’s School of Medicine, who features in the Science & Healthcare list. Mala was recognised for her research at the European Space Agency (ESA), and for her work with healthcare start-ups to improve NHS services. 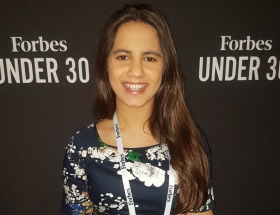 Mala spent three months as an intern with the ESA, based in Cologne, where she undertook a research project into the effects of spaceflight on glucose tolerance. The research is helping to provide a better understanding of the effect of this extreme environment on the human body, and the implications for future space missions.

Mala said: “It was incredible to spend time in the company of such phenomenal scientists at the ESA, and I was very proud to represent Imperial and the UK on the project.” 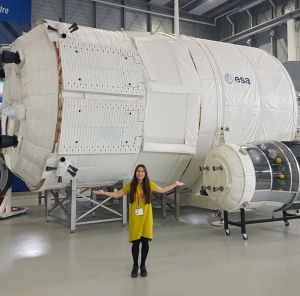 Mala at the ESA

Mala says that she has always had an interest in space exploration. When she was 17, she spent 10 days with NASA after winning a national competition run by the UK Space Agency for her work in discussing the future of space flight.

She said: “When I was considering my future I was always torn between my fascination by space, and my interest in medicine. At NASA I met an astronaut who had originally trained as a doctor. He really inspired me to pursue medicine first, knowing I could contribute to space exploration with the skills I gained. He was right!”

Mala has also pioneered developments in medical technology while working with London-based start-ups. She was part of the launch team for DemDX – an app for medical students and junior doctors which helps guide them when diagnosing patients. Separately, for Touch Surgery – an award-winning surgical simulation platform co-founded by Imperial graduates Dr Andre Chow and Dr Jean Nehme, she conducted and published two research papers on the use of simulation for surgical training.

Mala is the UK student representative for the Medical Women’s Federation. She has written for the Microsoft Health Blog, the Student British Medical Journal, and is one of Imperial’s longest-standing student bloggers.

Currently Mala is in her fifth year of Undergraduate Medicine at Imperial. She said: “The past five years at Imperial have really shown me that practicing medicine is what I want to do. But I’d love to continue to be involved in innovation as well, and to help the NHS embrace new solutions to the challenges it’s facing.”

Randall Lane, Editor of Forbes and CCO at Forbes Media, said: “The Forbes 30 Under 30 Europe list comprises the most impressive young entrepreneurs that are reshaping Europe, and the world, for the better.”