Global project to reduce health inequalities in cities around the world A major new research partnership has been launched to explore ways of reducing health inequalities in cities around the world.

The research will be led by Imperial College London and University College London (UCL) and is funded by £10 million from the Wellcome Trust, collaborating with institutions in ten cities, including London.

Over the course of the four-year project, the research teams will gather evidence on issues affecting the health of people in urban environments, and work with policymakers to develop evidence-based policies for equitably improving the health of billions of city dwellers.

More than half of the global population now lives in urban environments, with a number of mega-cities such as Beijing and Dhaka being home to more than 10 million people, and significant population growth expected in smaller cities, largely in low and middle countries in Africa and Asia.

“What we need are plans and policies that leverage cities’ potential for innovation to improve the health of low-income and marginalised groups.

Despite increased opportunities for work and social life, generally higher incomes and better access to services; there are large and growing inequalities between the health and life expectancies of the rich and poor.

This is due to a range of mechanisms, such as lack of access to basic sanitation, poor housing conditions, and worse healthcare, education and recreation opportunities for children and adolescents.

However, cities have the potential to deliver substantial improvements in the health and wellbeing of residents. With support from local governments in ten cities, this global effort aims to explore some of these health inequalities as part of an effort to identify ways to improve public health in urban regions.

Led by Majid Ezzati, Professor of Global Environmental Health at Imperial College London, and Mike Davies, Professor of Building Physics and the Environment at UCL, the projects will be coordinated through the newly established London Hub for Urban Health, Sustainability and Equality. 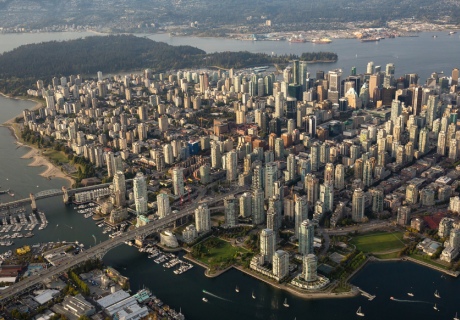 The team will look at several cities, including Vancouver (pictured)

Professor Ezzati said: “People have always lived in cities in order to have better opportunities for health and wellbeing. However, cities in both poor and rich countries are increasingly a setting for growing inequalities that are fundamental barriers to sustainable human development.

“What we need are plans and policies that leverage cities’ potential for innovation to improve the health of low-income and marginalised groups.”

Each of the cities has different histories and geographies, with population growth increasing demand for resources, but the researchers will identify common challenges.

The Imperial-led arm of the project, which will receive one half of the total funding, will bring together expertise from across the College’s faculties, including Medicine, Engineering and Natural Sciences. Researchers will use £5 million in funding to focus on factors affecting health in London (UK), Dhaka (Bangladesh), Vancouver (Canada), Beijing (China), Accra (Ghana) and Tamale (Ghana).

It will work closely with researchers and practitioners in these cities to characterise health inequalities, and policies which can reduce them, in four key areas: transport, housing, water and waste management, and access to health/urban services.

The other half of the funding will be used by the UCL-led team to focus on London (UK), Beijing (China), Ningbo (China), Rennes (France), Nairobi (Kenya) and Kisumu (Kenya).

Professor Ezzati added: “This is an exciting project for everyone involved. By bringing together expertise from faculties across Imperial, as well as close collaboration with international partners, this work will highlight areas where we can have a real impact on public health.”

Professor John Polak, Director of the Urban Systems Laboratory at Imperial, said: “By focussing on elements including infrastructure it will help to build a clearer picture of where these health inequalities are arising and how we can change policy to close the gaps.

"The scale and reach of this research will enable us to work with researchers around the world, benefitting from their expertise. We hope the work will inform policy and lead to improvements in urban centres globally.”

Many cities have already set up initiatives and made changes to further improve health. In London, for example, the mayor’s office has launched a strategy to close the gap in life expectancies between the capital’s rich and poor, focusing on factors such as improving air quality, mental health, childhood obesity. Other strategies are focused on addressing the city’s housing crisis, including building more affordable housing and tackling homelessness and rough sleepers.

In the Ghanaian capital Accra, meanwhile, efforts are being made to improve living conditions in the city’s slums. Policymakers and development agencies are trying to improve the standard of housing while avoiding pitfalls, such as a failure to understand local politics which govern daily life in the extra-legal settlements, which can inhibit urban development more than poor planning or finance. 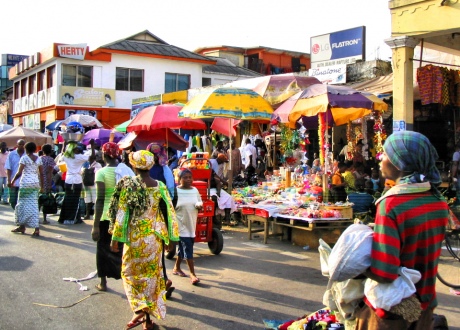 In the Ghanian capital Accra, efforts are being made to improve the standard of housing (Image credit: Francisco Anzola)

The new global project will see teams use computer modelling to test more of these large-scale policies, such as safe low-income housing or large public transport systems, to see whether they are likely to be successful, and to unearth unintended consequences.

Professor Samuel Agyei-Mensah, from the University of Ghana in Accra, said: “Improvements to housing and basic services for the poor are fundamental to tackling health inequalities in Ghana. By doing so in our large slums, we can help to improve the lives of millions of citizens.”

Professor Yvonne Doyle, from Public Health England, said: “The reasons for variation in health status and life expectancy seen in urban centres is complex and influenced by many factors. Only by sharing the knowledge and insight from cities around the world can we hope to improve the current situation, and reduce health inequalities globally.”

The project is part of Wellcome Trust’s Our Planet, Our Health programme which seeks to respond to the health and environmental challenges of our rapidly changing world.

Saskia Heijnen, from Wellcome’s Our Planet, Our Health team, said: “Our cities will need to adapt to ensure that all people can live healthy lives whilst protecting the planet, both now and in the future. This new partnership will create a world-leading research hub for urban health, addressing many of the unanswered questions that have previously stood in the way of progress.”

Further details of the UCL-led project can be found by visiting the University College London website.

The Imperial arm of the project will bring together expertise from across the College’s faculties, including Medicine, Engineering and Natural Sciences.

The UCL-led arm of the project, coordinated by Professor Mike Davies and which will also receive £5 million in funding, will focus on London (UK), Beijing (China), Ningbo (China), Rennes (France), Nairobi (Kenya) and Kisumu (Kenya).