Dr. Barun Chakrabarti graduated from the Department of Chemical Engineering, Imperial College London in 1999 (M.Eng.).  Then he pursued a PhD on investigating organo-metallic redox species dissolved in organic solvents as electrolytes for novel redox flow batteries (RFBs) at the University of Manchester, UK (graduated in 2003 from the Department of Chemical Engineering).  It is noteworthy that he published one of the most cited review papers on RFBs (more than 1000 citations) along with the founder of the all-vanadium RFB, Prof. M. Skyllas-Kazacos, in 2011. 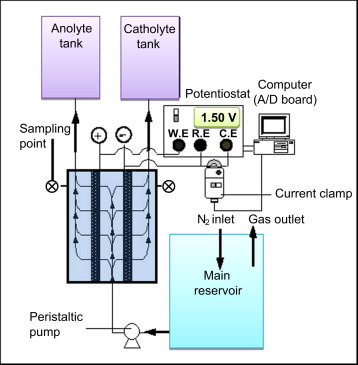 Besides pursuing research on other areas of renewable energy such as biodiesel infrastructure development in third world countries, Barun has also published extensively on electrochemical wastewater treatment and soil remediation.  However, his main focus has always been on RFBs.  In this regard, he has helped develop an infrastructure on RFB research using novel ionic liquids in the University of Malaya in Malaysia while collaborating with the Energy Futures Lab in Imperial College (2012-2014).

Since 2014, Barun has worked under Professor Nigel Brandon to modify carbon based electrodes with graphene electro-catalysts for applications in vanadium-based RFBs.  He has also supported his collaborators in the University of Exeter to test new additives for suppressing zinc dendrite formation in the alkaline Zinc/Nickel RFB.  In addition, he has aided his colleagues from both Earth Science and Engineering as well as Chemistry Departments (Professor Anthony Kucernak's group) for evaluating mechanisms of vanadium electrolyte transport through micro-porous carbon fibre electrodes using advanced X-ray imaging techniques. 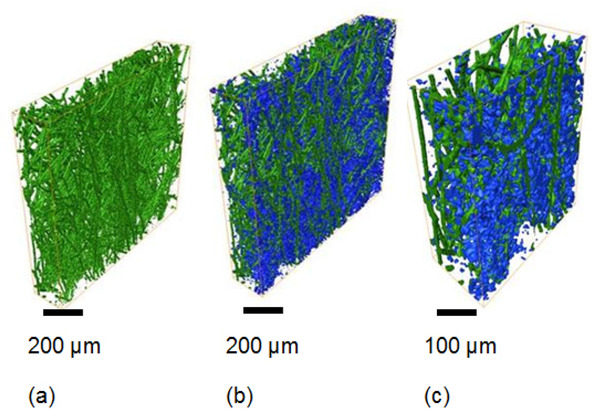 Reconstructed 3D X-ray Micro Tomographic images of SGL 10 AA carbon paper (CP) with and without reduced graphene oxide (rGO) deposited by means of electrophoresis. a) Untreated CP (green); b) rGO deposited on one side (rGO in blue); and c) rGO deposited on both sides.  Images taken with our GE Nanotom S Laboratory Source.

Currently he is working full time in developing novel membrane-electrode-architectures for a range of hybrid RFB systems that include the regenerative hydrogen/vanadium, hydrogen/manganese and polysulphide/air batteries.  He is also collaborating with Dr. Qilei Song for evaluating membranes and Dr. Billy Wu for testing advanced 3D printed / electrospun electrodes in these hybrid flow systems.