I am interested in how genetic variation in traits that are socially interactive can be maintained. The approach is two-fold: I use observations made on wild birds to generate hypotheses which I then test experimentally. I work on two wild bird populations, for both of which I have long-term data, including a pedigree, available. This allows me to study questions in evolutionary biology and behavioural ecolgoy that are otherwise hard to answer in wild study systems.

I am interested in how behaviour of one indiviudal affects other individuals, and whether or not variation in these interactive behaviours has a genetic basis. If that is so, such so-called indirect genetic effects (IGEs) can strongly, and unintuitively, alter predictions of the evolution of said behaviours. For instance, we suspect now that the behaviour of female birds can affect how much parental care her social male will provide for her offspring. He may provide less if she has cheated on him. However, what cues males use to assess this is unclear, and this may affect how parental care and mating systems can evolve.

Another interest of me is how certain phenotypically flexible traits that change with age can influence the future generations. For instance in wild house sparrows, we found that older parents have offspring with an on average lower fitness than their older siblings. Using data from a long-term cross-foster experiment in the wild, we could show that this effect is likely inherited from the genetic parents, not the foster parents (and their behaviour). Thus the future generation pays the costs of late reproduction. 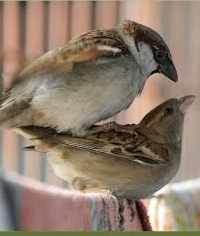 Oftentimes, older males are able to sire more extra-pair young than younger males. However, such sugar-daddy attitude does not seem to pay off for the cheating females, because they do not gain any benefits from such extra-martial activities, especially not if the old male produces low quality offspring. Why females engage in extra-pair behaviours is a question that we currently research, using wild passerines as model system.

I am also interested in how stressful events, such as poor conditions during early life stages affect how individuals can cope with stress later in life, how their offspring deal with stress, and whether it shortens their life expectancy.