Molecular characterization of other C-type lectins
C-type lectins identified from genome sequence data are now the subject of much of our work. Examples include langerin, a receptor specific to Langerhans cells, and the scavenger receptor C-type lectin of endothelial cells. For langerin, we determined oligomeric structure, ligand-binding specificity, demonstrated the ability to mediate endocytosis of glycoproteins and recently solved the crystal structure of the trimeric extracellular region of the receptor, showing the disposition of the ligand-binding sites. We have shown that amino-acid changes due to polymorphisms in the langerin gene affect stability and ligand-binding by langerin, a finding that is important in understanding susceptibility to infectious organisms, such as HIV, that interact with langerin. For the scavenger receptor C-type lectin, in addition to biochemical characterization of the protein we have demonstrated high specificity for binding to the Lewis-X trisaccharide and determined the mechanism of this interaction by solving the crystal structure of the carbohydrate-recognition domain in complex with Lewis-X. The specificity of this receptor for a single endogenous oligosaccharide suggests a role in cell adhesion or clearance of specific glycoproteins. We have also contributed to molecular characterization of several other proteins involved in binding of viruses and other pathogens including the dendritic cell receptor DC-SIGN and the endothelial cell receptors DC-SIGNR and LSECtin and have recently identified new C-type lectins in the human genome.

Communication to a wider audience
To make the field of glycobiology accessible to undergraduates, I co-authored the first textbook in this area. Introduction to Glycobiology is now going into its 3rd edition and has been translated into Japanese, Chinese and Korean. 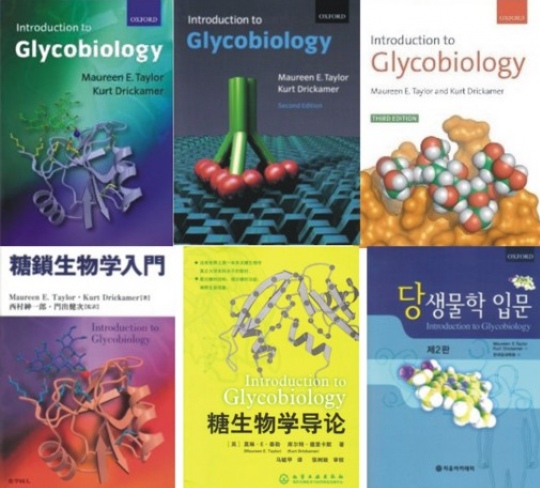