Dr Edison is a Clinical Senior Lecturer in the Division of Brain Sciences at Imperial College London and an honorary Professor at Cardiff University, Wales. He is also a Consultant Physician at Hammersmith Hospital, London.

Dr Edison’s research has focused on neuroimaging with novel molecular probes using PET and magnetic resonance techniques for imaging pathophysiological changes associated with Alzheimer’s disease, Parkinson’s disease, and other neurodegenerative diseases. He has extensive experience in PET imaging in different neurodegenerative and neuroinflammatory conditions. Combined with his clinical expertise in different types of degenerative diseases and dementia, he has investigated the relationship between amyloid deposition, microglial activation, and glucose metabolism in different disorders, along with evaluating different transporters in the brain. His work in assessing microglial activation and amyloid load showed that both of these are increased in Alzheimer’s disease, and microglial activation correlates with cognition, while amyloid load does not correlate with cognition. He was an MRC clinical research fellow before he became a HEFCE clinical senior lecturer.

He leads the Imperial College Memory Research Centre, and is the Chief Investigator of several imaging studies using PET and MRI, and heads multicentre studies evaluating novel treatment of Alzheimer's and other neurodegenerative diseases. He also runs a memory clinic at Imperial College Healthcare NHS Trust 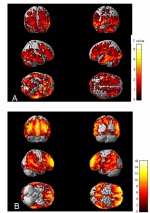 There is currently no treatment that can prevent the disease and the only available treatments help with symptom control only. We are evaluating a possible future treatment for AD using an anti-diabetic drug that is already used for the treatment of diabetes.