We research the mechanisms by which Gram positive bacteria cause disease, using the group A streptococcus (Streptococcus pyogenes) as a paradigm. Based in the Section of Adult Infectious Disease, the group is also part of the MRC Centre for Molecular Bacteriology & Infection (CMBI) and the NIHR Health Protection Research Unit (HPRU) in Healthcare Associated Infection and Antimicrobial Resistance. 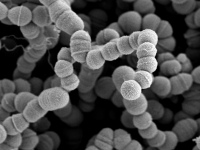 S. pyogenes causes a spectrum of disease ranging from pharyngitis to invasive infections such as necrotising fasciitis, maternal sepsis, and toxic shock. In the developing world, S. pyogenes is associated with rheumatic fever, a major cause of valvular heart disease. Despite the burden of illness, there is no vaccine, a deficiency highlighted by WHO.

Our research examines the relation between pathogen and host immune response, and is driven by changes we observe in the bacteria, the infection severity in patients, and epidemiological changes in disease over time. This has led to our current work on novel proteases that might function as vaccine targets, unexpected routes of bacterial dissemination in the lymphatic system, and recognition that large and small scale genome remodelling may have major impacts on disease frequency. We are learning that changes in the environment and human behaviour might also impact on bacterial and disease phenotypes. 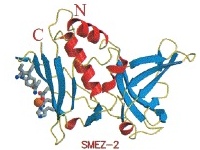 Evasion of the innate immune response is a trademark of S. pyogenes and we have a longstanding interest in the CXC-chemokine cleaving protease SpyCEP (cepA) and the homologue C5a peptidase (scpA) that cleaves C3a and C5a. Proteases like these, that are conserved, may provide excellent vaccine targets.

Recently we have been trying to understand how S. pyogenes might spread from a non-invasive focus of infection to the bloodstream and have identified that extracellular bacteria can metastasise in the lymphatic system to reach the blood circulation.

RESEARCH THAT IMPACTS ON PUBLIC HEALTH

Prof. Sriskandan has a longstanding collaboration with Public Health England and the group's research reflects a focus on understanding trends in streptococcal disease to inform interventions that might improve public health. As theme lead for ‘Applied Molecular Bacteriology’ in the NIHR Health Protection Research Unit (HPRU) in Healthcare Associated Infection and Antimicrobial Resistance,  her group has examined the molecular basis for bacterial infections relevant to the healthcare setting, such as Escherichia coli bacteremia, antimicrobial resistance, and haemolytic streptococal infections that are of public health importance. The HPRU, which was established on 1 April 2014, is a partnership between Imperial College London, Public Health England, Cambridge University Veterinary School, the Wellcome Trust Sanger Institute (WTSI) and Imperial College Health Partners.