Professor Tom Bourne is Chair in Gynaecology in the Department of Metabolism, Digestion and Reproduction within the Faculty of Medicine at Imperial College and Hon Consultant Gynaecologist at Queen Charlotte's and Chelsea Hospital London. He is visiting Professor at KU Leuven in Belgium. He is an authority on the use of ultrasound in gynaecology and the management of early pregnancy complications.

He trained in Obstetrics and Gynaecology at St Mary’s Manchester and Gloucester. He also worked on the neonatal unit in Oxford before working as a research fellow to Professor Stuart Campbell and finally lecturer/senior registrar at Kings College Hospital, University of London. At Kings for five years he ran the gynaecological ultrasound and ovarian cancer screening service where he introduced the use of vaginal ultrasonography into the clinic. In 1994 he moved to Sahlgrenska Hospital at the University of Göteborg in Sweden on a Swedish Medical Research Council visiting scientist fellowship. In Sweden he initiated research into ovarian function and extended his experience of gynaecological ultrasound with Seth Granberg. However the main purpose of this move was to train in laparoscopic and hysteroscopic surgery. He wrote his Ph.D. in 1996 on the diagnosis of ovarian and endometrial carcinoma. Following this he furthered his surgical training working with Olav Istre in Norway and Jan Deprest in Belgium before returning to the UK. 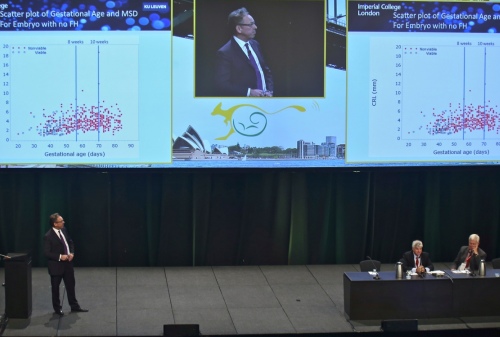 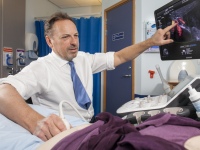 He has edited seven books including the classic textbook Dewhurst, and  published over 400 papers in international journals. He has been invited to speak and chair at numerous international meetings on subjects relating to the use of ultrasound and diagnostics in gynaecology as well as aspects of medical regulation. His H-index is 88 with Google Scholar and 61 with Web of Science.

He is president of the International Society for Ultrasound in Obstetrics and Gynaecology (ISUOG). He is a medical advisor and trustee of the Ectopic Pregnancy Trust. He is the immediate Past-President of the Association of Early Pregnancy Units (AEPU). He is past chair of the early pregnancy clinical study group (CSG).

He has been an expert advisor to NICE on early pregnancy complications. In 2012 he was a member of the Society of Radiologists in Ultrasound (SRU) panel that developed new guidelines to diagnose pregnancy failure, subsequently published in the New England Journal of Medicine. In 2014 he was also a member of the  American Institute of Ultrasound in Medicine (AIUM) consensus group to develop new guidelines for the classification and management of ovarian cysts and the diagnosis of ovarian cancer. He has been part of the American College of Radiologists (ACR) committee to develop new guidelines for the diagnosis and management of ovarian masses including cancer. This guidance was published in 2020. He is now part of the European Society for Gynaecological Oncology (ESGO) consensus group on the diagnosis of ovarian cancer.

In 1990 he founded the International Ovarian Tumor Analysis (IOTA) with Professor Dirk Timmerman and Professor Lil Valentin. He is now CEO of IOTA and sites on the project steering committee along with other large international trials such as  the International Endometrial Assessment trial (IETA) trial.  He was PI for the Diagnosis of Miscarriage (DOM) study published in the BMJ. 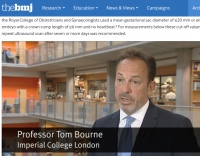 and the IMPACT trial that examined the impact of complaints and investigations procedures on the psychological wellbeing of doctors (with the BMA). He is also PI for the EPOS trial on the impact of early pregnancy events, ABPEP on serum biomarkers in early pregnancy and PIEPE examining the psychological impact of early pregnancy complications. Professor Bourne can be seen speaking about the diagnosis of miscarriage trial - published in the BMJ and the main paper from the study can be read by here. In 2016 he became Director of Early Pregnancy Research at the new Tommy's National Centre for Miscarriage Research - a joint centre between Imperial College and the Universities of Birmingham and Warwick. His current research interests relate to miscarriage, the management and psychology of early pregnancy complications, early pregnancy embryonic growth, caesarean section scars, the diagnosis of ovarian cancer and the characterization of ovarian pathology. He has an interest in medical regulation and burnout (e.g. the IMPACT study). He has ongoing collaborations with staff at the universities of Leuven, Birmingham, Buckingham, Prague, Sydney and others. 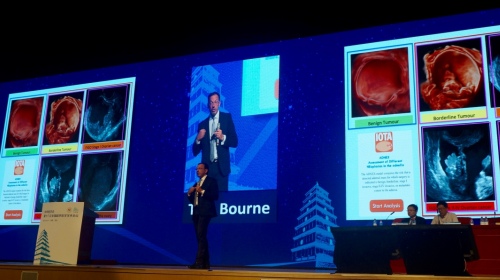 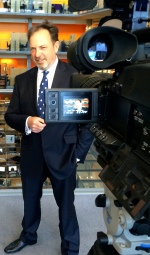 Professor Bourne can be seen speaking about the IMPACT research project on the left. He recently published a large study on over 3000 physicians examing the prevelance of burnout amongst obstetricians and gynaecologists in the UK, and how this relates to physician welfare and defensive medical practice. This paper can be read here. He was a founder member of the RCOG "supporting our doctors" task force.