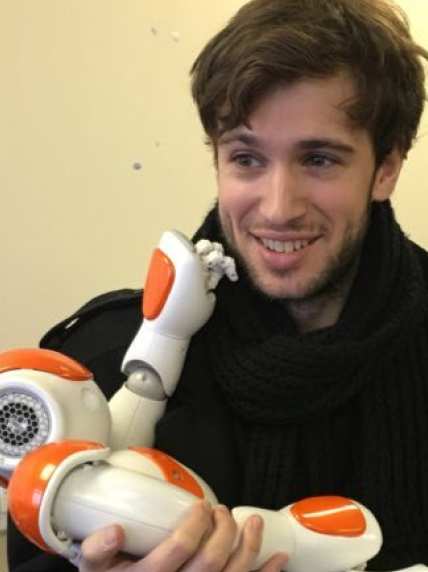 Mark is a Ph.D. candidate in the Personal Robotics Lab since October 2016. He graduated in 2016 with First Class Honours from an MEng in Electronic & Information Engineering at Imperial College London.

Mark's research interests span the domains of augmented reality, motion planning, cognitive science and machine learning for human-robot interaction. His current focus revolves around learning a representation of human intentions during a collaborative robotics task, whilst simultaneously providing visual feedback to the user via augmented reality as a means of explaining the resulting robot behaviours.