Spatio-temporal learning with the online finite and infinite echo-state gaussian processes, 2015A Humanoid Robot Companion for Wheelchair Users, 2013Towards Early Mobility Independence : An In- telligent Paediatric Wheelchair with Case Studies, 2012

ARTY is a smart paediatric wheelchair designed with a focus on safety and with the primary objective of providing an independent lifestyle for disabled children, a training tool for therapists and a experimental platform for scientists.

ARTY is composed of an Ottobock children’s powered wheelchair named Skippi, a powered wheelchair that fulfills some of the key features that an ideal children’s wheelchair should posses according to the National Association of Paediatric Occupational Therapists (NAPOT), i.e. "fun" appearance, ability to be a training aid in early stages, options to accommodate different seating systems as well as a variety of control options (e.g., joystick, switches, head array, touch path, sip and puff, voice, among others). Skippi is colorful, easily transportable, with adjustable seats, relatively lightweight, with an autonomy of more than a day with a single charge and not prohibitively expensive. Furthermore, Skippi uses a Controller-area network ( CAN ) based electronic system. ARTY also has three Hokuyo URG-04LX laser scanners, a tablet PC as a touch interface to change the wheelchair’s basic settings and a wireless router.

The following are nodes related with ARTY that performs tasks in the control and navigation areas:

The following are the software components related with localization and mapping tasks:

3. Communication with the user

These nodes are in charge of communicating wheelchair alerts to the user: 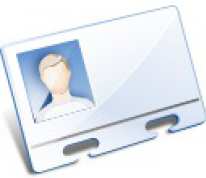