The Space, Plasma & Climate section encompasses research across a wide range of scales – from the laboratory scale through to planetary, solar-system and astrophysical scales – predominantly involving matter in the fluid state: both neutral and electrically charged (i.e. plasma).  Many areas of research investigate naturally occurring phenomena and complex systems that exhibit non-linear and sometimes chaotic behaviour. Activities range from investigation of the physics which controls the natural environment from the ocean bottom to the edge of Solar System and beyond, through to the study of matter under extreme conditions of pressure and density, such as that found at the centre of the Sun and fusion reactors.  The section is comprised of the Space and Atmospheric Physics, Plasma Physics and Astrophysics research groups.

Although the underpinning physical principles may often be surprisingly similar, the range of conditions considered within SPC is mind boggling, with densities spanning over 20 orders of magnitude and temperatures ranging from a few tens of kelvin up to 100 million K.  For example the solar wind out at 1 AU typically has a density of roughly 10 particles per cubic centimetre and a temperature of a few thousand kelvins. At the other extreme, the fusion fuel in laser-driven inertial confinement fusion reaches densities of nearly 1026 particles per cc (almost 1000x solid density) and temperatures approaching 100 million K.

The world-leading research in the SPC section spans the whole spectrum of scientific activity including experimental, observational, theoretical and computational work. We have laboratory experiments housed in the Blackett lab, we are involved in international space missions both in terms of instrumentation development for space probes and data analysis, we conduct experiments on national and international scale facilities, we undertake theoretical modelling and we have a strong activity in computational modelling on HPC systems.

View a list of staff working in this area 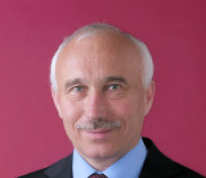