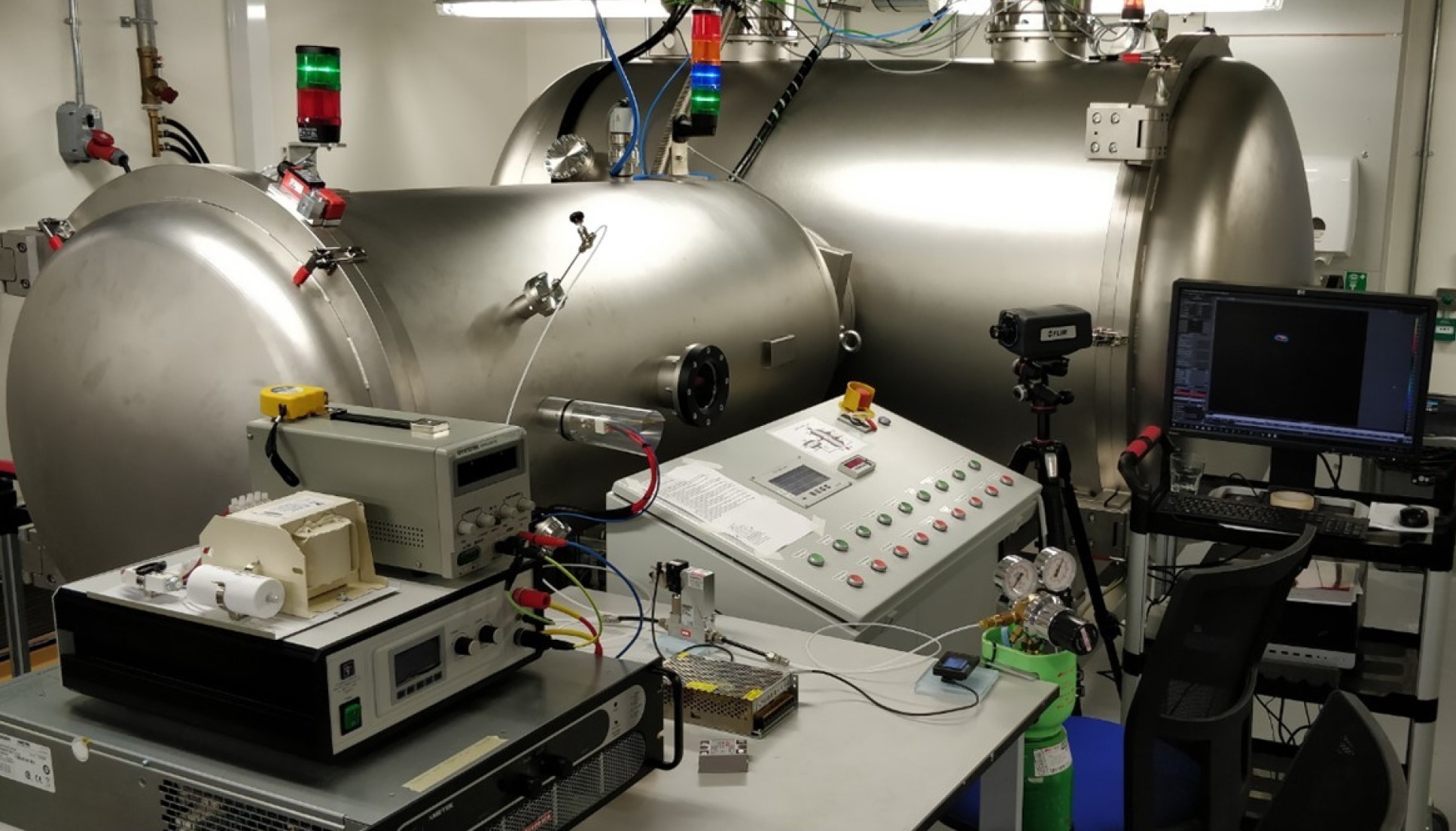 The Boltzmann Vacuum Chamber was commissioned in July 2018. It is a large cylindrical high vacuum test facility 2 m in length and 1.5 m in diameter. This vacuum chamber uses a combination of turbopumps and a cryopanel to achieve background pressures representative of the low earth orbit environment.

The primary purpose of the vacuum facility is to experimentally investigate plasma thrusters (Electric Propulsion) for spacecraft propulsion applications. The first plasma thruster tested within this facility (the Quad Confinement Thruster) first fired in August 2019. Most recently, the facility has been used for the experimental charaterization campaign of the WET-HET thruster. 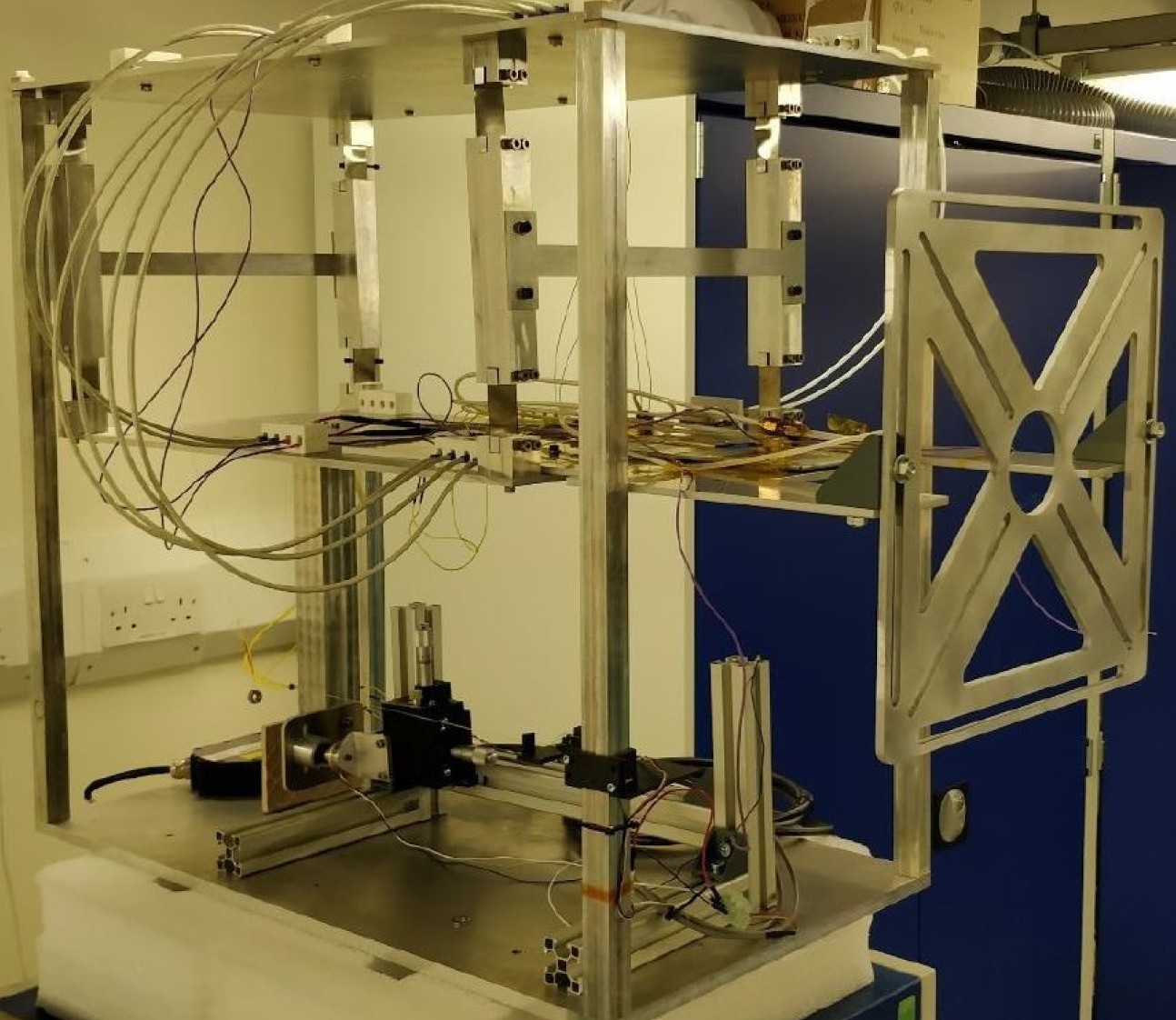 The IPPL thrust balance, fully designed and manufactured in-house, is a pendulum style balance for performing direct thrust measurements for electric propulsion devices in the 1mN-600mN range, with a thrust resolution of 0.1mN. The balance is equipped with two calibration systems and an active thermal stabilisation subsystem to ensure repeatability and traceability.

The cross calibration subsystem comprises a voice coil actuator in conjunction with a high precision sourcemeter to produce a highly repeatable non-contact force. This force is characterized using a NIST traceable microbalance. The same system is then used to apply a force to the balance. This procedure determines the relationship between the force applied to the central platform, and the resulting displacement, which is later used to determine thrust from displacement.

A second calibration system is used in-situ to monitor the drift and repeatability of the balance while in vacuum. A servo-motor on the balance is commanded remotely to displace a hanging mass by a known amount, This mass is secured to the central platform. Displacing the mass produces a highly consistent and repeatable force on the central balance.

The balance thermal and in-situ calibration subsystem is operated from a LabView program. All thrust data acquisition and storage is done using the proprietary “ILD1700 Tool” from the manufactures of the laser sensor.

IPPL has designed and manufactured several diagnostics for plasma measurements and characterization. These include langmuir probes, an array of Faraday probes, and an ExB probe. Furthermore, the lab also has an infrared camera for remote temperature measurements of thrusters operating inside the vacuum chamber.

More detailed description of the available diagnostics mentioned above will be coming soon.