A set of three laser pointers recently purchased by a College researcher via the Amazon retailer have been found to emit hazardous levels of optical radiation. The following information is also available to download Laser Safety Notice 2020. 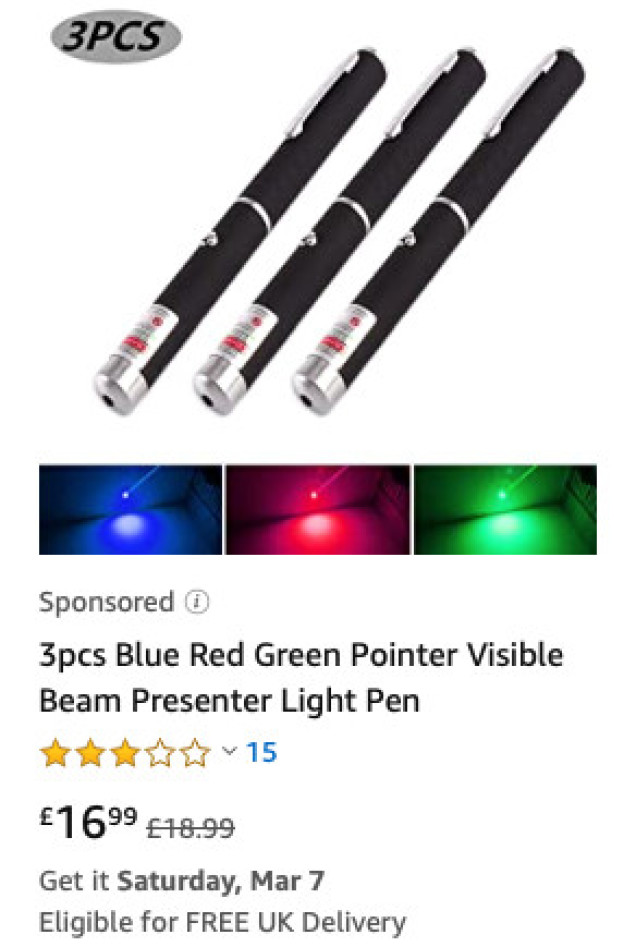 These laser pointers have the potential to blind.

The laser pointers, sold by the trader Tangren, were found to have power in excess of their specified rating.  Marked as “<5mW” the output was measured to be close to 100 mW in one case.  The radiation spectrum was also found to contain a significant infrared contribution (up to 40% in one case) which is invisible, but also optically damaging.

The labelling was also found to be incorrect, as these lasers clearly fall within the Class 3B category.

This incident underlines advice to avoid cheap internet suppliers when purchasing laser devices or any equipment with safety related implications.

Personnel who need to purchase laser pointers, either as research or as presentational tools, should exercise extreme caution.  Where no alternative technology exists, laser pointers should only be purchased from reputable UK suppliers and the absence, quality or clarity of safety markings should be regarded as suspicious. Further, the cheaper the product, the more likely it is to be substandard or non-compliant, so spend what is necessary to ensure your safety and the safety of those around you.

If uncertainty exists, the College Safety Department can provide advice and support including laser power measurements, where necessary.