A typical design set up for a space based dc magnetometer experiment is to mount a primary sensor near the end of a boom and a secondary sensor between this outboard sensor and the spacecraft.  A boom is used to hold the sensors as far as possible from the spacecraft body in order to minimise magnetic interference from the spacecraft operation.  The use of two separate sensors in the design is primarily done for redundancy with the primary sensor sampling vectors at a much higher rate than the secondary sensor.  However if both sensors sample at the sme rate(often included as a telemetry mode) it also opens up the option of using a dual magnetometer technique such as that described by Ness et al.(1971).  The dual magnetometer method allows an estimate through time to be made of the spacecraft generated field.  This means that in cases where the spacecraft field is a significant interference to the measured scientific signal the dual magnetometer method can be used to remove unwanted field. 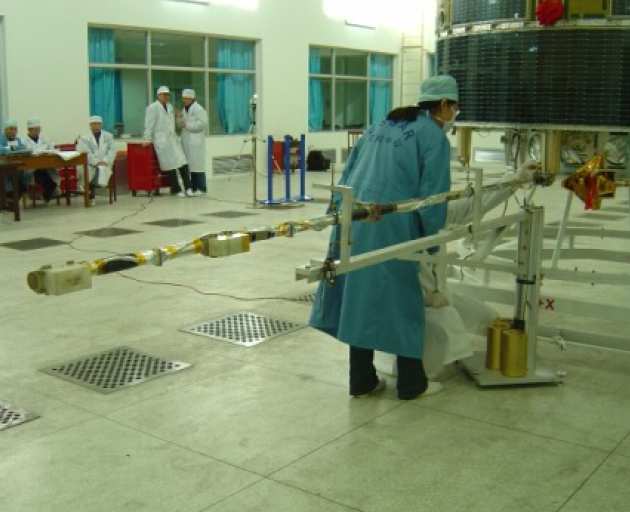 TC-1 operates in several different power shunting modes which result in several different generated spacecraft field values.  It is possible to use the measured field differences between these shunting levels to determine the constant ko which then makes it possible to determine the spacecraft field.  In addition, on TC-1 a new data acquisition mode has been implemented called gradiometer mode.  This mode acquires vectors from both the primary and secondary sensors at the same data rate which is half the normal science data rate from the primary sensor.  This allows a more accurate determination of the spacecraft field.  To see a comparison of cleaned and uncleaned TC-1 data click here.