How a fluxgate works 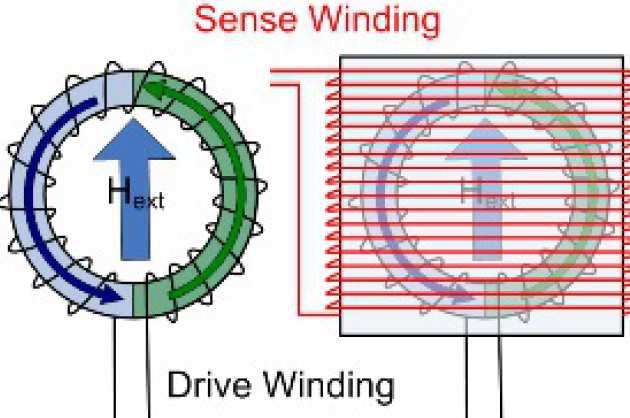 Fluxgate sensors are typically ring cores of a highly magnetically permeable alloy around which are wrapped two coil windings: the drive winding and the sense winding (as shown in the figure).  Some sensors will also have a third feedback winding, if the sensor is to operate in closed loop.

An example drive waveform is shown in Figure 2a.  The transitions are infact more 'square' than shown in the figure, here they are exaggerated to emphasize what is happening in the 2 half cores.

In the absence of an external field (Hext= 0) the two half cores go into and come out of saturation at the same time.  The fields generated exactly cancel out as shown in Figure 2b and there is no net change of flux in the sense winding, and hence no voltage induced.

When there is an external field, the half core generating a field in the opposite direction of the external field (for first transition in Figure 2c, shown in green) comes out of saturation sooner and the half core in same sense as the external field comes out of saturation later.  During this time the fields do not cancel out and there is a net change in flux in the sense winding (shown in black).  According to Faraday's law, this net change in flux induces a voltage, shown in black in figure 2d.  Similarly towards the end of the transition, the half core now generating a field in the same direction as Hext goes into saturation sooner.  Consequently, there are two spikes in voltage for each transition in the drive and the induced voltage is at twice the drive frequency.

The size and phase of the induced spikes tells us about the magnitude and direction of the external field.  To help amplify this signal to make it easier to detect, the fluxgate magnetometers produced by Imperial College use a capacitor to tune the sense winding.  The tuned sensor waveform is shown in red in Figure 2d. 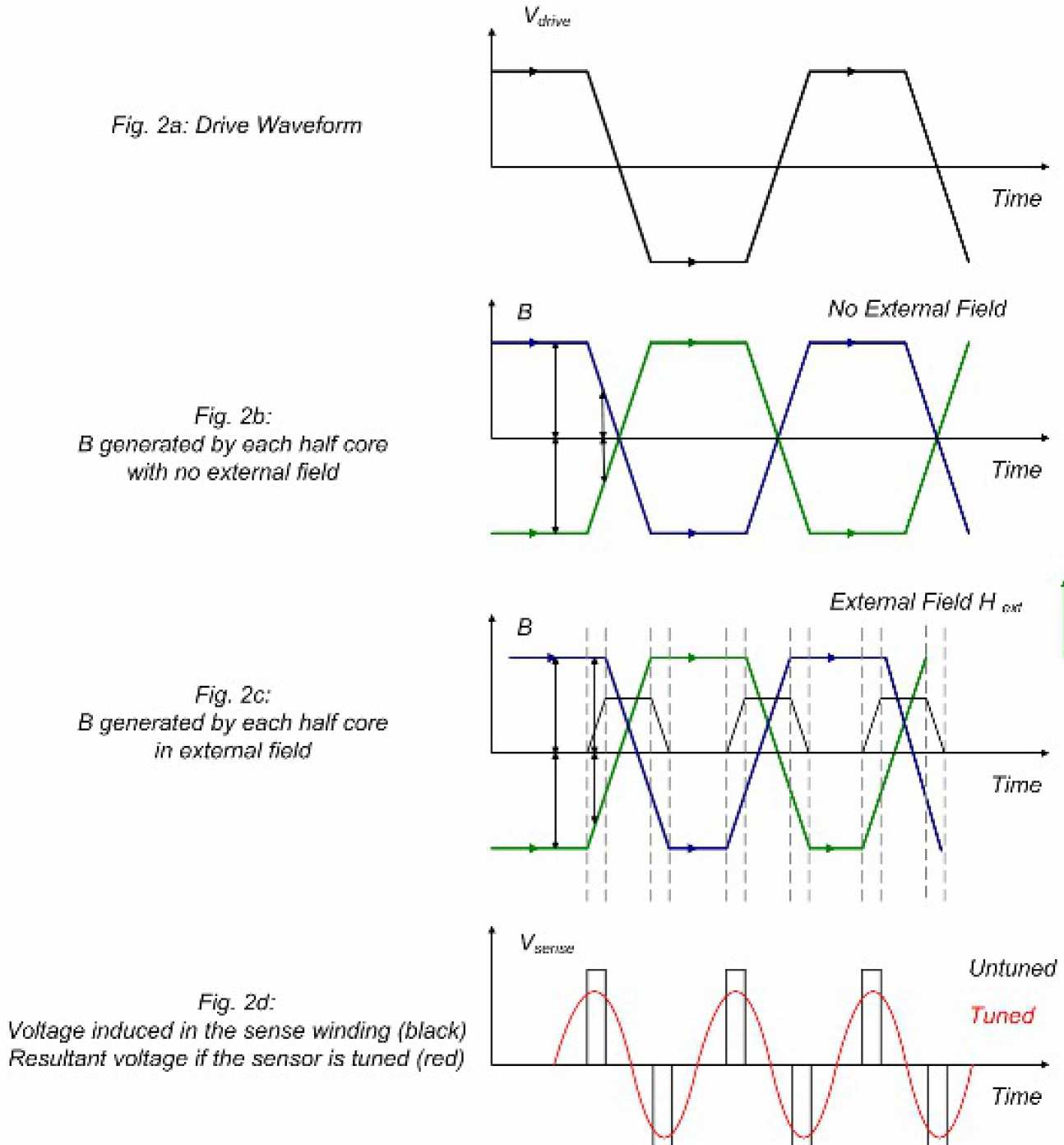