TAFTS is designed to address some scientific problems connected with global warming; it is intended to provide very well calibrated, high resolution radiance spectra for both up-welling and down-welling radiation in the upper troposphere/lower stratosphere. In the simplest terms, it is able to detect any net imbalances in the radiation arriving at and escaping from the tropopause. The data is also of great importance to detailed radiation models which are in need of real data for calibration and initialisation. Of particular interest is the issue of radiation feedback mechanisms and the role of water vapour. Increased levels of carbon dioxide (a greenhouse gas) can promote greater radiation towards the earth's surface, but this in turn may increase local humidity. Since water vapour is itself an efficient greenhouse gas, the downwards radiation will increase further (causing even more warming). The extent and importance of such feedback mechanisms is not well known, especially in the far infra-red, and TAFTS seeks to provide direct measurements.

This prediction (supplied by Helen Brindley of the Space and Atmospheric Physics group) is made using the GENLN-2 model which computes radiances taking into account each known absorption / emission line. It is hoped that the spectral data will elucidate the importance of carbon dioxide line-mixing.

TAFTS is also be deployed in cloudy conditions, looking especially at the radiation fields above, below and within cirrus clouds in order to assess their impact on far-IR heating and cooling rates.  TAFTS made the first ever high resolution measurement of the radiative effects of cirrus cloud in the far-IR (Cox et al 2010), and is currently involved in a new cirrus study, CIRCCREX. 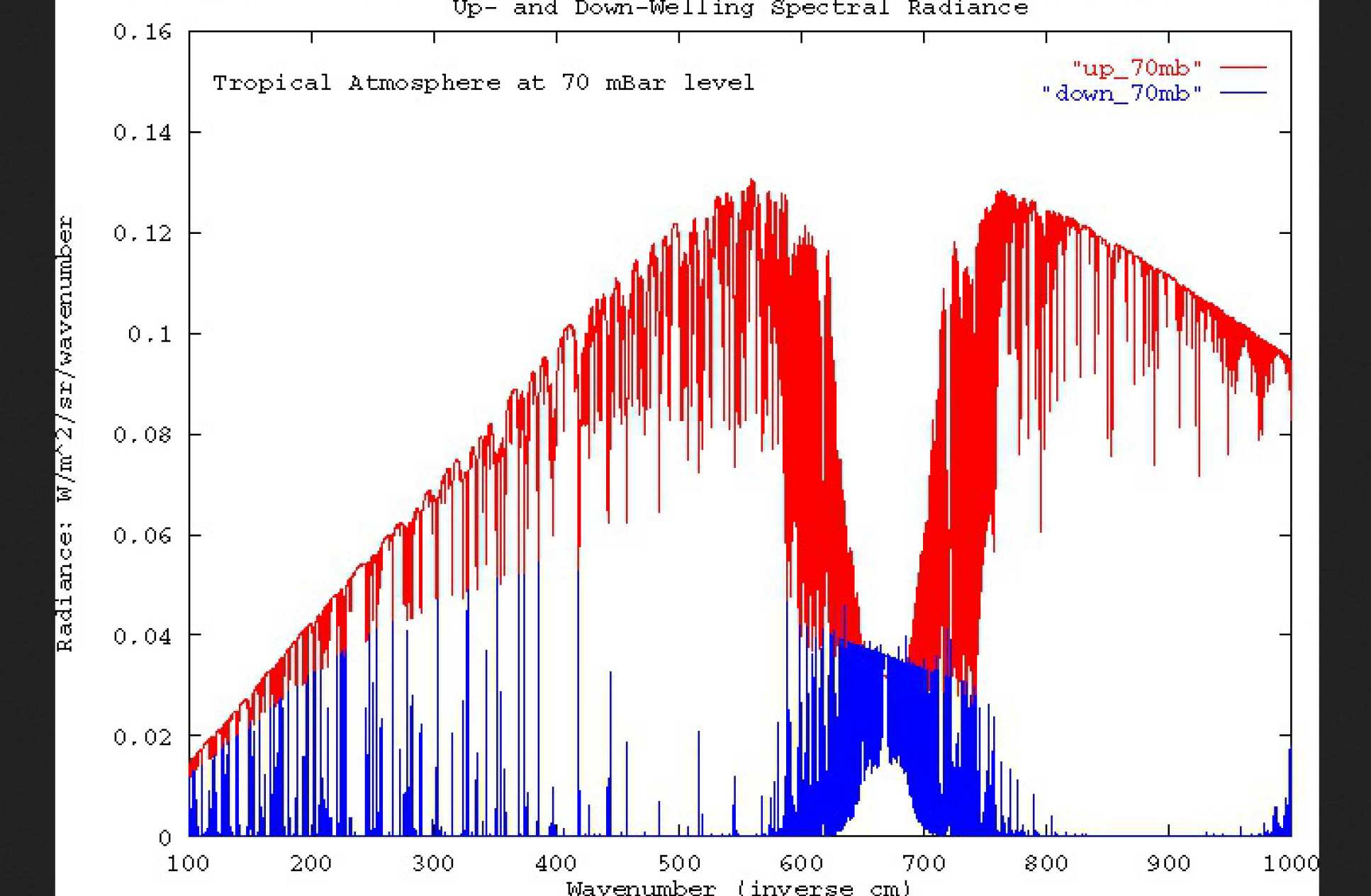