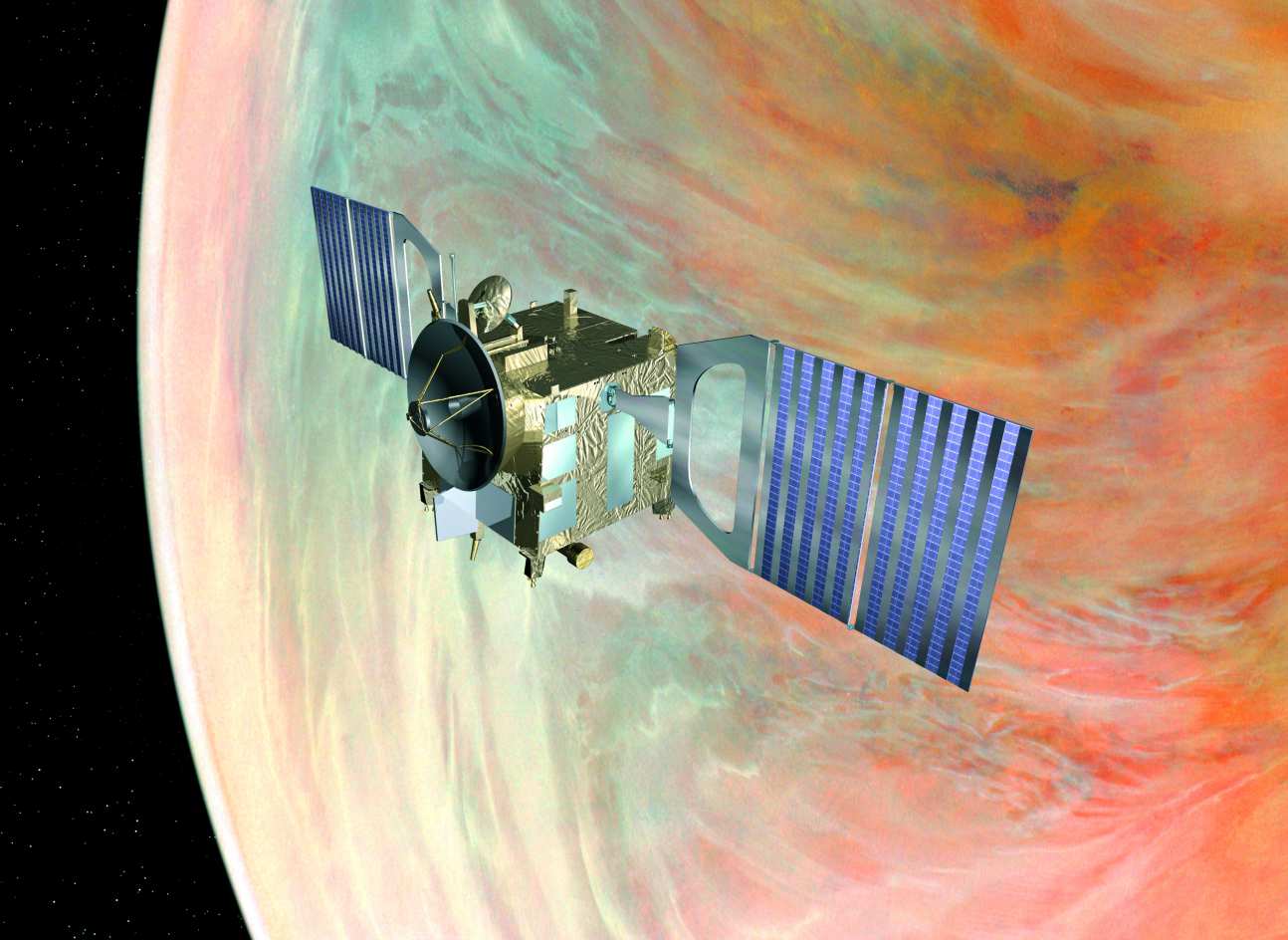 Image shows an Artists's Impression of the Spacecraft at Venus (picture credit: ESA)

The mission was selected in 2001 from a number of different proposals, all of which copied the design of the Mars Express spacecraft. In doing so, ESA was able to build Venus Express in a very short time, at a relatively low cost, and use many of the science instrument designs developed for Mars Express or the Rosetta mission. The spacecraft was launched in November 2005.

Venus is often referred to as the Earth's twin. It is our nearest planetary neighbour, it is of similar size and mass, and made from the same basic material when the solar system formed 4.5 billion years ago. However, Earth and Venus have evolved in markedly different ways. The surface temperature at Venus can be nearly 500 degrees Centigrade, and the atmosphere is 96% Carbon-dioxide with clouds of Sulphuric acid.

Imperial College participation in the Venus Express mission was funded by the UK Science & Technology Facilities Council until 2011.

Venus Express is conducting a global investigation of the Venusian atmosphere and plasma environment. The mission addresses four major topics: 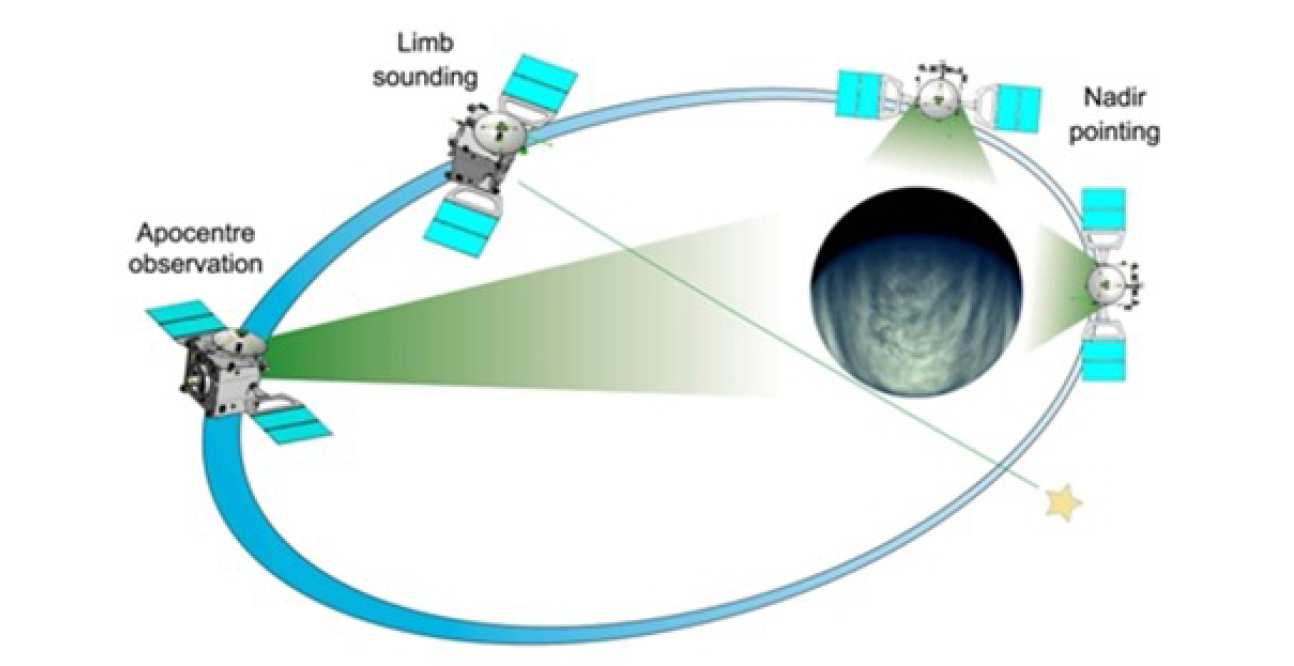 At Imperial, we are interested in the upper atmosphere, the ionosphere, and the interaction of these regions with the solar wind, the million mile-per-hour stream of ionising radiation that flows outwards from the Sun. A consortium of three institutes, including Imperial, built the magnetometer instrument that measures the magnetic field around Venus. This information is being used to identify boundaries between different regions of plasma and investigate the way plasmas, originating from the solar wind or the planetary atmosphere, combine and mix. Through our hardware involvement, Imperial College holds Co-Investigator status on the magnetometer instrument (Chris Carr and Andre Balogh). We are also a Supporting Investigator team led by Marina Galand. The SI team leads our science involvement in the areas of thermosphere, ionosphere, plasma environment and laboratory spectroscopy. Ingo Mueller-Wodarg is the team leader for the VEx Atmospheric Drag Experiment.

The figure above right shows the various observation phases for each orbit of the planet Venus. 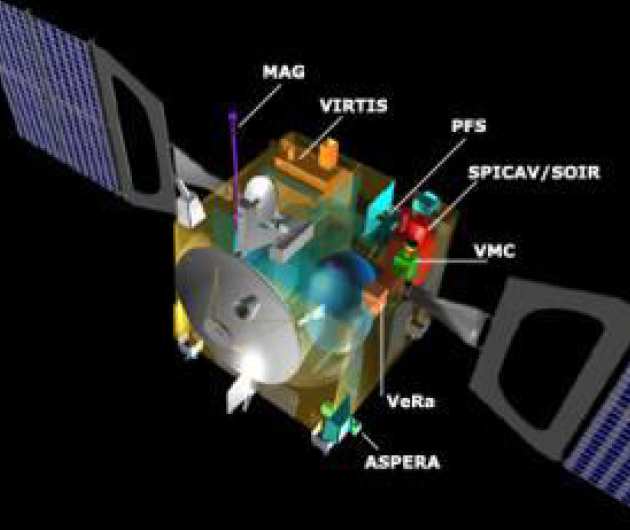 The MAG (magnetometer) instrument is investigating the Venus plasma environment. Dr. Tielong Zhang at The Space Research Institute (Institut fur Weltraumforschung) in Graz, Austria, is PI for the instrument. Instrument hardware was also built at Imperial College and the Institute for Geophysics and Extraterrestrial Physics in Braunschweig, Germany. The instrument bears heritage from the Rosetta lander magnetometer ROMAP. It consists of two sensors, one electronics box (comprising sensor electronics, a data-processing unit, and a power supply), and a one-metre long carbon-fibre boom. One sensor is mounted at the tip of the boom, and the other is mounted on the surface of the spacecraft to monitor magnetic disturbance emanating from the spacecraft. Using this 'dual-sensor' approach, the team is able to separate the magnetic effect of the spacecraft from the very small magnetic field in the ambient space environment which we wish to study.

The Venus Express MAG team is led by the Principal Investigator (PI) Dr. Tielong Zhang of the Institut fur Weltraumforschung in Graz, Austria. The Technical Manager for the instrument is Gerhard Berghofer, also of the IWF Graz.

At Imperial College we provided the power supply for the magnetometer, plus the box which encloses the power supply together with the three other electronics cards. The technical team at Imperial is Chris Carr and Trevor Beek of the Space & Atmospheric Physics Group. Mechanical design and fabrication work was performed by the Blackett workshops, in particular Mr Andy Rochester.

Chris Carr and Andre Balogh are co-investigators on the magnetometer team. They will participate in the data-processing work, and scientific exploitation of the data during the 500-day mission in orbit around Venus. 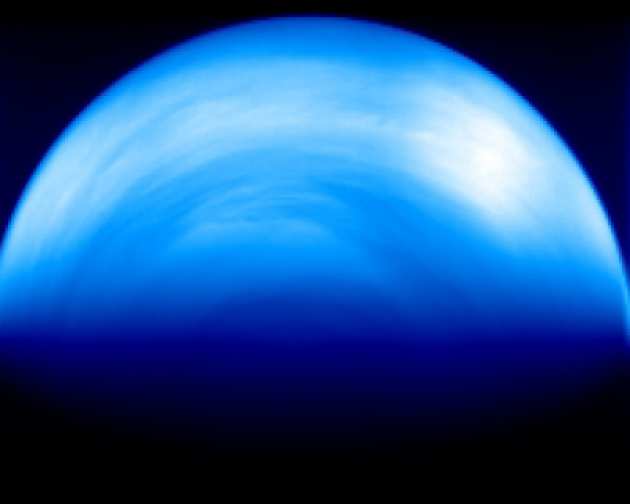 Under the leadership of Marina Galand, we have been selected as a supporting investigator for the Venus Express mission.