Imperial got into the festive spirit for the annual Reindeer Relay!

To wrap up the end of Autumn term, Imperial staff and students gathered on Wednesday 11 December for the annual Reindeer Relay.

In teams of 4, participants took turns to walk, run or jog around the 1-mile course in South Kensington. The course started at Prince's Gardens and meandered its way through Kensington Road and Exhibition Road before looping back, with each team member completing one lap.

We had a great turnout this year with over 110 participants, as competitors brought on the Christmas spirit decked out in reindeer antlers and their finest festive-themed fancy dress.

The ‘Fastest Staff Team’ were the Merry Pigeons, whilst the ‘Fastest Student Team’ was awarded to the Athletics Team 1, led by Captain James Millett.

The ‘Best Christmas Spirit Team’ prize was handed to Team 8, led by Captain Mark Zolotas, who really took the extra mile with their fancy dress – Santa beards and all!

The race ended on a sweet note, with free mince pies.

Emma Tipton, a Masters student, reports on the importance of self-care in between academic work:

“The end of term is a stressful time, which is why I think that it’s especially important to make some time for yourself and your physical and mental wellbeing. I have been working on a final paper for my MSc course this week so I was excited to hear about the Relay because it sounded like a great way to take a break while getting some fresh air and exercise. After the race, I was able to return to my assignment feeling more focused – and the mince pies and points in the Move Imperial app were a nice bonus!” 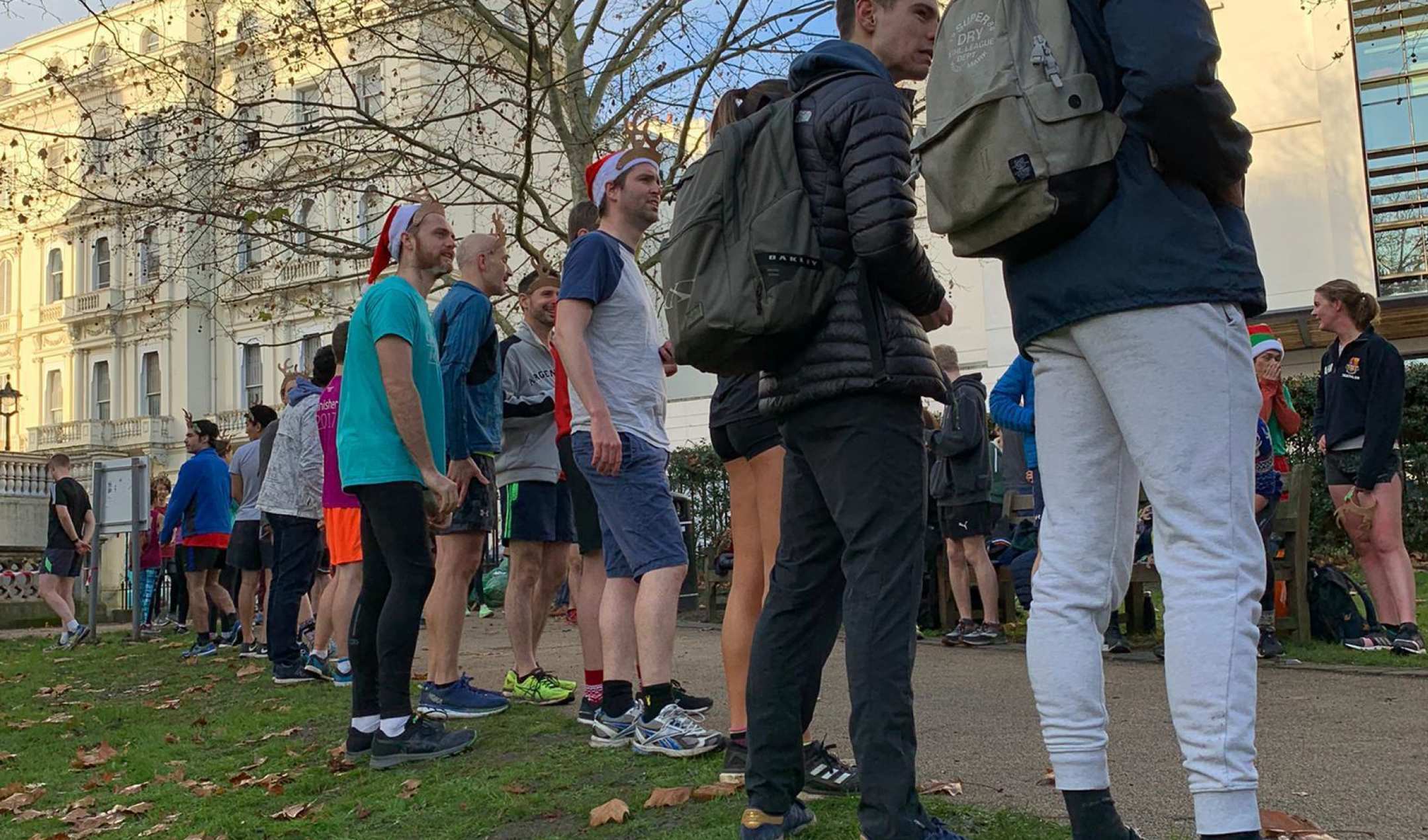 Imperial staff and students get together to partake in the annual Reindeer Relay. 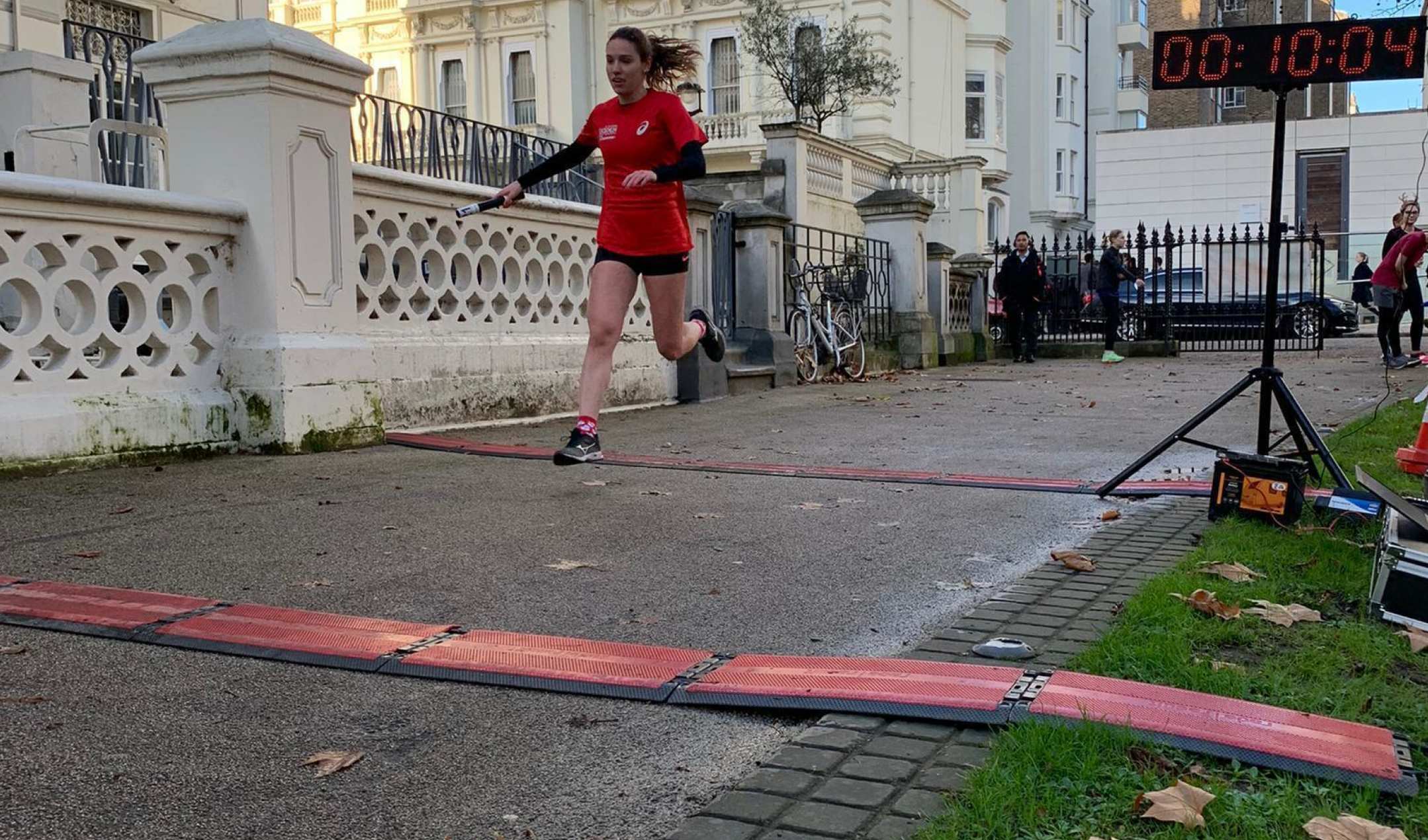 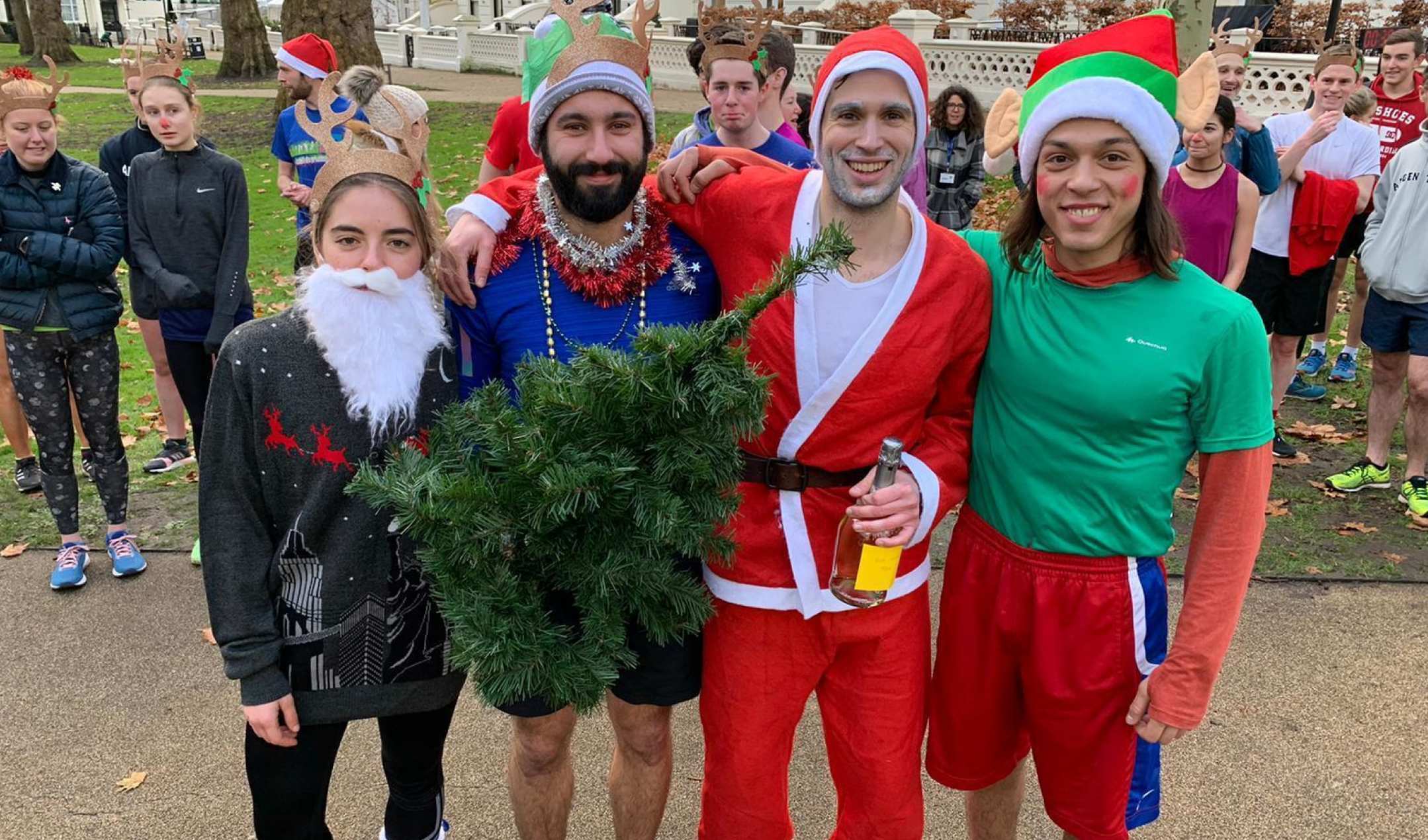 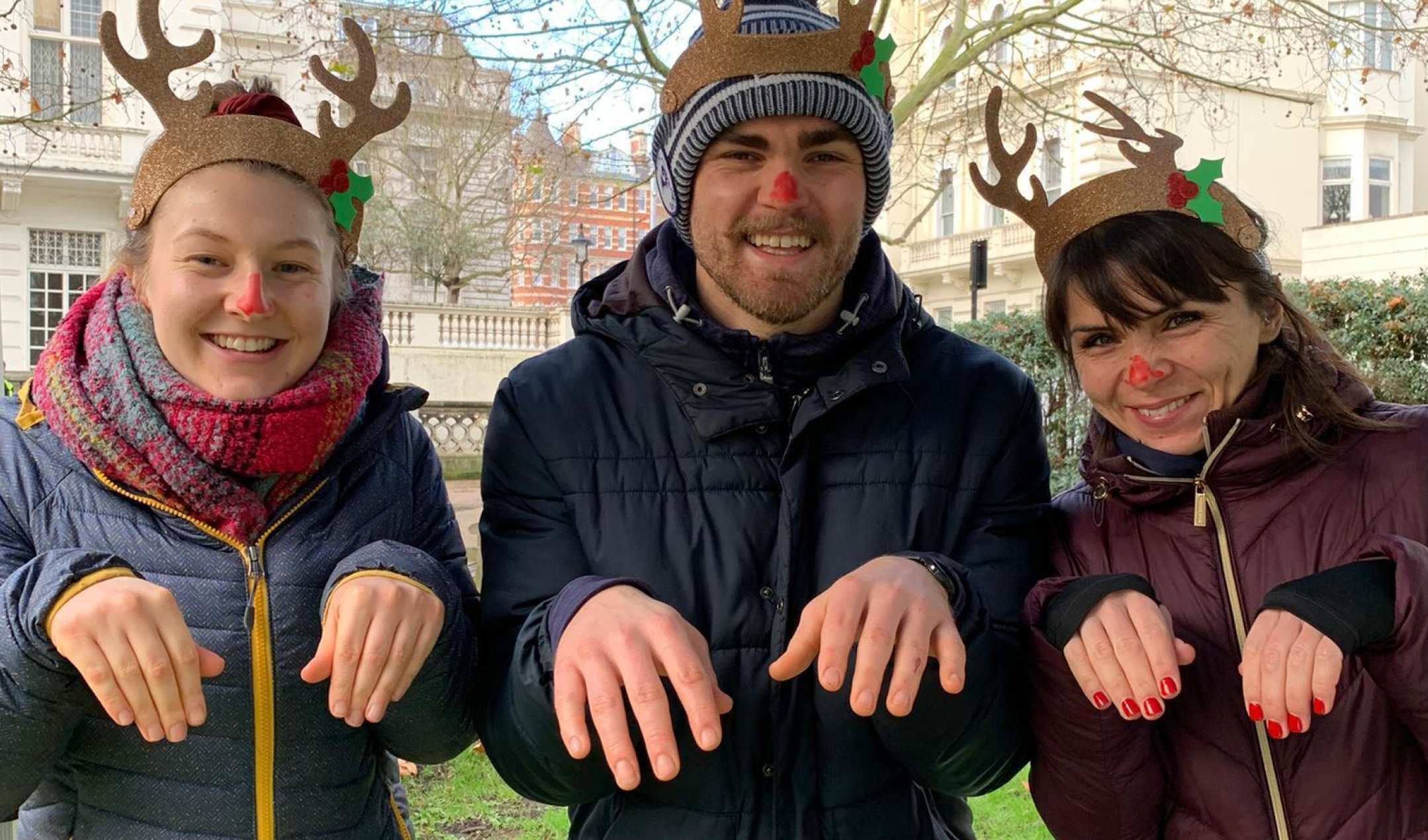 Everyone brought on some Christmas cheer as they dressed up for the occasion.