Oxidation of ZrC and UC was investigated via experiments on ZrC hot pressed specimens and on depleted UC pellets and fragments in a furnace and with an in situ technique: High Temperature Environmental Scanning Electron Microscopy (HT-ESEM).

The Maltese Cross shape of the oxide formed during ZrC oxidation was investigated with HT-ESEM experiments at 1073 K in 200 Pa O2 atmosphere. Its formation mechanism is found to be comprised of three steps: edges delamination, crack formation at corners and crack propagation towards the inner core with formation of microcracks parallel to the interface. Microcracks are formed due to debonding of the interface which occurs when the oxide reaches approximately 20 µm thick. High Resolution TEM revealed the oxide/carbide interface to be comprised of a 2 µm thick amorphous carbon matrix with nanocrystals of ZrO2 embedded in it.

The influence of temperature on the oxidation mechanism of UC was investigated with fragments oxidised in air in a furnace and in a HT-ESEM in an oxygen atmosphere from 673 – 1173 K. Oxide morphology, conversion and specific surface area (SSA) were significantly affected by temperature, e.g. oxidation at 873 K gave a product with greater SSA and conversion compared to higher temperature of oxidation. Samples oxidised at 873 K in the HT-ESEM showed instantaneous oxidation on the entire sample surface after insertion of oxygen, while samples oxidised at T > 873 K showed partial sintering of the oxide which acts as a diffusion barrier and limits the occurrence of oxidation of UO2 to U3O8 to cracked surfaces. 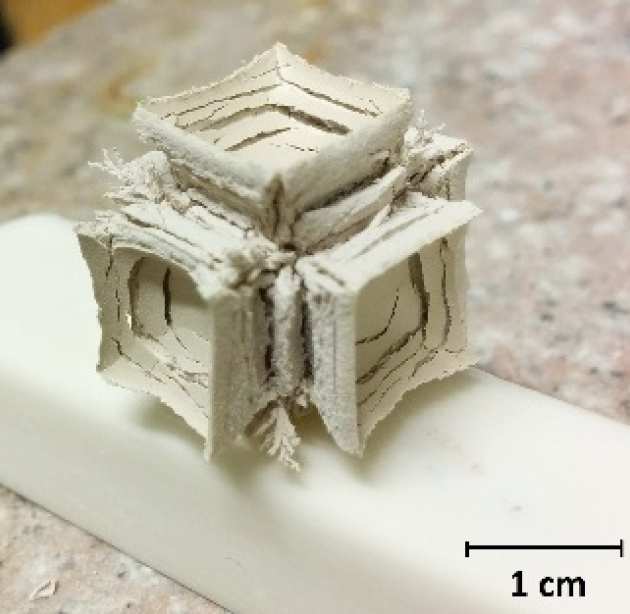 Figure 1. Details of the Maltese cross shape of the oxide formed when a 1cm cube specimen of ZrC is oxidised in air at 1000°C for 4h.