Who needs to apply for a Short-term Study visa?

The Short-term Study visa allows students to come to the UK for a period of up to 6 months (per calendar year) in order to undertake a short course of study, or complete certain academic requirements of their course after their Tier 4 (General) student visa has expired. The Short-term Study visa is the required route for the following Imperial College students:

Please note that if you enter the UK on a Short-term Study visa, you are not entitled to:

How do I apply for a Short-term Study visa?

Citizens of some countries are designated as visa nationals (scroll to Appendix 2: Visa National List  - if your country is on the list, then you are a visa national) by the Home Office. Anyone who is a visa national must make an application for Entry Clearance as a Short-term Student from outside the UK. The visa will be issued as a sticker in your passport. Please refer to our overseas application page for a link to the online application. In addition to the application you will need some supporting documents. These include:

We highly recommend that in addition to submitting these supporting documents with your visa application you also carry them with you when you travel to the UK, so that you can present them if asked to do so by an Immigration Officer at the UK Border.

Leaving the UK at the end of your course

Although the visa you are granted under this route is for 6 months (even if your course of study is shorter than that) you are required to leave the UK within 30 days of the end of your programme of study or before your visa expires, whichever is the earliest.

Citizens of certain countries are non-visa nationals (scroll to Appendix 2: Visa National List - if your country is NOT on the list, then you are a non-visa national) are able to come to the UK as a Short-term Student without first applying for Entry Clearance (a visa issued as a sticker in your passport). Instead, these citizens can be stamped in on arrival as a Short-term Student at the UK border. Students who fall into the non-visa national category must make it clear to the Immigration Officer at the UK border that they are entering the UK for the purpose of study, rather than a general visit.

You may have seen that it is now possible for travellers from Australia, Canada, Japan, New Zealand, Singapore, South Korea and the United States to use eGates at some UK airports. If you are coming to the UK as a Short Term Student it is essential that you do NOT use the eGates at the airport.  If you do not get a stamp in your passport stating that you have been allowed to come into the UK under the STS route, the College will by law be unable to enrol you. You will have to leave the UK and re-enter getting the correct stamp. This can be both costly and stressful, so make sure you are not using the eGates at the airport and are seen by a Border Force Officer.

A non-visa national does not need to complete a visa application form, but will be required to show the following documentation at the border:

Travelling out of the UK during your period of study

If you want to travel out of the UK during your study (for example to spend a weekend in mainland Europe) then this is fine. When you come back to the UK you can be stamped back in as a short-term student. You should take your letter confirming your course details with you to show at the border when you come through immigration control. Even though the new stamp you get will be for a period of 6 months, as a short-term student you are required to leave the UK within 30 days of the end of your programme of study.

If you want to travel out of the UK and re-enter after your course has finished, you can do this but you will need to enter the UK as a tourist. Make it clear to the immigration official why you are re-entering and any holiday plans you have so that they can give you the correct entry stamp. 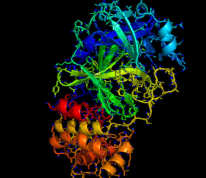 Stay in the loop 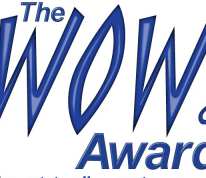 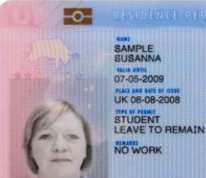