If the exciting research happening all around you at Imperial inspires you to get involved there are lots of ways for you to do this.

Many of our degrees involve at least one substantial research project, usually in the final year.

This project is designed to build your skills in investigating, managing and applying knowledge, and developing your independence of thought and ability to act on your own initiative.

You will work under the supervision of an expert mentor whose research expertise will usually be related to your topic of interest. Their mentoring will challenge your ideas and encourage you to think critically about your work.

Our Exploration Board aims to support projects that strike a balance between scientific research and an adventurous holiday. Past expeditions have seen our students:

We think it's really important to engage the public in our research to make sure it continues to reach the people who want it and need it the most. Two of the ways we do this are through our annual Imperial Festival and our term-time Imperial Fringe events.

Our undergraduate students have the chance to play a supporting role in both.

Our public lecture series gives you the chance to hear from world renowned scientists. Recent speakers include three Nobel Laureates:

All our new professors are also invited to give an inaugural lecture to celebrate their promotion. These events are a great way of getting to know a professor and their area of expertise in real detail, as well as what motivates them in life and work. 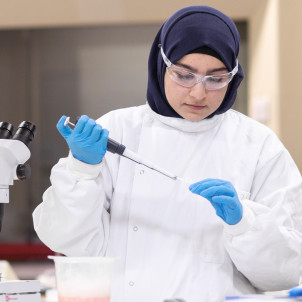 Hear from current students and staff about life at Imperial at our Virtual Open Day on Saturday 18 September.