10 Years of Systems Engineering and Innovation at Imperial College London

Introduction - How 10 years of the Centre’s research and leadership support achieving desired futures. The timeliness in light of systems shocks and the emerging research areas toward 2030. 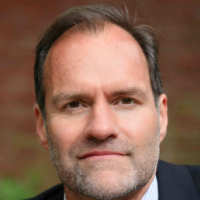 Nick Buenfeld is Professor of Concrete Structures (2000- ) and Head of the Department of Civil and Environmental Engineering (2011- ) at Imperial.  He is a Fellow of the Royal Academy of Engineering, the Institution of Civil Engineers and the Institution of Structural Engineers.
The Department he leads develops the understanding, tools and people needed to create and maintain sustainable and resilient natural and built environments. Currently there are 57 full-time academics, 20 Visiting and Emeritus Professors, over 250 researchers, 350 undergraduates and over 300 MSc students. 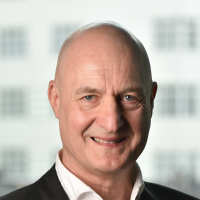 David’s research explores why and how innovation happens, the ways it continually transforms the world we live in, and how it can be managed.

He is Chairman, UK Atomic Energy Authority, non-executive board member, Directa Plus plc the world’s largest producer of pristine graphene and member of the Department of Health & Social Care Tech Advisory Board. David is Advisor to Blenheim Chalcot, the UK’s leading digital venture builder. He mentors start-ups and advises boards on innovation and technology management, including Citigroup, Gammon, IBM, Huawei, HS2, McLaren, NEC and Tata Group. David was Chairman of the Smart London Board (2012-2017), responsible for London’s digital strategy, reporting to Boris Johnson and later, Sadiq Khan. He developed Crossrail’s Innovation Strategy, and was Group Innovation Executive at Laing O’Rourke plc (2007-2011).

David was appointed Commander of the Order of the British Empire (CBE) in the 2010 Queen's Birthday Honours for services to engineering, and received the 2014 Tjalling C. Koopmans Asset Award for extraordinary contributions to the economic sciences. He was awarded the Imperial College Medal in 2019. 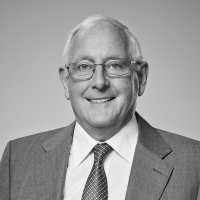 Ray O’Rourke founded R O’Rourke & Son in 1977, and commenced trading in September 1978.  This followed ten years working and studying in the industry to complete his engineering education. The company went on to become a major force in the UK construction industry specialising in civil engineering on sub and superstructure package contracting.

In 2001, the O’Rourke Group acquired the construction arm of John Laing Plc to create today’s international engineering and construction business.  From its headquarters in Kent, the Laing O’Rourke Group is one of the world’s largest and most ambitious privately-owned engineering and construction companies, employing over 15,000 people globally. Today its business model comprises the full range of engineering, construction and specialist services capabilities. The Group’s offer is fully integrated to deliver a single-source solution across the client value chain for some of the world’s most prestigious public and private organisations.

As Executive Chairman of Laing O’Rourke, Ray plays a major  role in the strategic direction and management of the Group.   A respected leader, he has made a major contribution to the advancement of the industry in critical areas such as Health and Safety management, and the adoption of modern methods of construction.

As a true construction innovator, Ray is the driving force behind the Group’s Design for Manufacture and Assembly (DfMA) and digital engineering agendas, transforming the industry through innovative approaches to off-site manufacture and pre-assembly of core components using increasingly sophisticated technologies and multi-skilled, integrated teams to deliver engineering projects across the whole range of building and infrastructure sectors.   Built to exceptionally high standards, these structures are radically improving the time, cost, safety, and sustainability targets of traditional construction approaches.

Among its many landmark projects, Laing O’Rourke was principal construction delivery partner on BAA’s Terminal 5 at Heathrow.   This £4bn+ project was completed ahead of programme and to  budget.  More recently Laing O’Rourke programme managed  the hugely successful construction of the 2012 Olympic and Paralympic Park as part of the CLM consortium, and in 2014 completed the iconic Leadenhall Building in the City of London.

Ray is acknowledged today as a leader of extraordinary stature,  in a company that is a true pioneer in its field.  In 2002 he won “Construction Industry Personality of the Year” at the Building Magazine Awards. In October 2005, he was conferred with an Honorary Doctorate from the Dublin Institute of Technology,  and was awarded an Honorary Doctorate from Queen’s  University, Belfast in 2008.

Through his company Ray is an active supporter of a number of charities and good causes, including Cancer Research UK and  the Integrated Education Fund of Northern Ireland.

In 2011, on the tenth anniversary of the acquisition of the Laing construction business, Ray received an honorary knighthood in recognition of his services to the construction industry in the United Kingdom.  In the same year he was also bestowed a Fellowship to the Royal Academy of Engineering.  He is also  a Fellow of the Royal Institution of Civil Engineers, and a Fellow  of the Institution of Engineers of Ireland.

Nadhim Zahawi was appointed as Parliamentary Under Secretary of State at the Department for Business, Energy and Industrial Strategy on 26 July 2019.

He was previously Parliamentary Under Secretary of State at the Department for Education from 9 January 2018 to 26 July 2019.

Nadhim was elected as Conservative MP for Stratford-on-Avon in May 2010.