The complexity and the resilience of a system are inherently linked though difficult to predict. As we move into an era subject to an exponential growth in complexity and impacted by unforeseen systems-wide shocks, the task of understanding how a system operates under stress is a vital part of designing in the resilience that will maintain stability and support continued and considered growth and development. 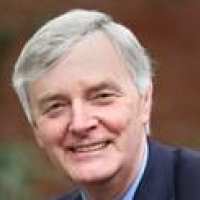 Emeritus Professor Systems Engineering at Imperial College London and Commissioner National Infrastructure Commission. David joined Imperial College in 2006 to take up the RAEng/BP Chair in Engineering for Sustainable Development in the Department of Civil and Environmental Engineering. He was subsequently co-director of the BP Urban Energy Systems Programme, and the Laing O’Rourke Professor in Systems Engineering and Innovation. David’s early career was with the Building Research Establishment where he was Division Head for Mechanical and Electrical Engineering. He became DOE Chief Scientist in 1988, and lead on UK policy on climate change amongst other environmental issues. He was a Non-executive `Director of Ofgem until 2017 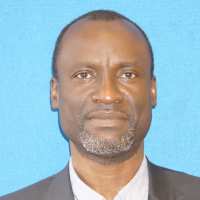 Professor Washington Yotto Ochieng is the Head of the Centre for Transport Studies and Chair in Positioning and Navigation Systems in the Department of Civil and Environmental Engineering at Imperial College London. Professor Ochieng's research interests are in safety and security critical infrastructure systems. He has made significant contributions to major international projects including the design of the European Geostationary Navigation Overlay Service (EGNOS) and GALILEO, GNSS measurement error modelling, aircraft trajectory management tools for the Single European Sky's ATM Research programme, and integrated positioning and navigation systems for many applications including ITS. In 2013, Prof. Ochieng was elected Fellow of the Royal Academy of Engineering in recognition of his exceptional contribution to engineering. He is a Scientific Advisor at the Department for International Development (DFID), and is a Member of the Advisory Board on Imperial’s Institute for Security Science and Technology (IST) and the Steering Committee of the the UK-funded Sustainable Urban Economic Development (SUED) Programme for Kenya. 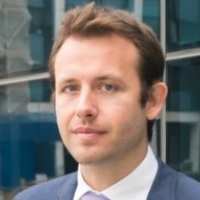 Dr Panagiotis Angeloudis is Senior Lecturer in Transport Systems and Logistics, based in the Centre for Transport Studies (CTS) at Imperial College London. His expertise is on the design and control of transport systems and networks that underpin the efficient and reliable movement of people and goods across land, sea and water. His group uses numerical analysis, agent-based simulation and game theory to capture the dynamic relationships among interacting agents and their surroundings and mathematical programming or machine learning for the design of operating and control regimes.