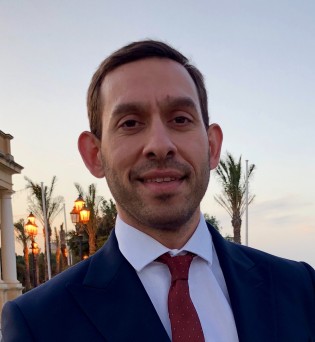 Having graduated as a Bachelor of Architecture and Civil Engineering from the University of Malta in 2010, Jean Paul moved into industry as a Site Engineer with a Civil Engineering contractor, working on projects involving demolition, excavation and foundation works.

In 2011, he enrolled into a full time MSc course in General Structural Engineering at Imperial College, achieving a pass with distinction. Jean Paul’s achievements from the MSc course included first prize in the Imperial College Student Concrete Design Competition, awarded by the Institution of Structural Engineers for his work on the design of a concrete tall building as his thesis project, and the Gyebi Kufuor Memorial Prize awarded by Imperial College for excellence in Concrete Structures and Technology.

Jean Paul returned to Imperial College in November 2013 as a PhD student within the Centre for Systems Engineering and Innovation working on research into headed bar connections between precast concrete elements. The research was sponsored by Laing O’Rourke and provided very exciting prospects due to the direct links with industry and potential of impact in construction practice. Jean Paul successfully completed his PhD in 2017, during which he presented his research in several local and international conferences, in addition to having research papers published in established high impact journals.

The PhD provided a stepping stone into Laing O’Rourke where Jean Paul is currently a Structural Engineer within the Engineering Excellence Group working on challenging projects involving research and development opportunities into new precast concrete products and systems, helping to push forward the company’s innovation agenda.