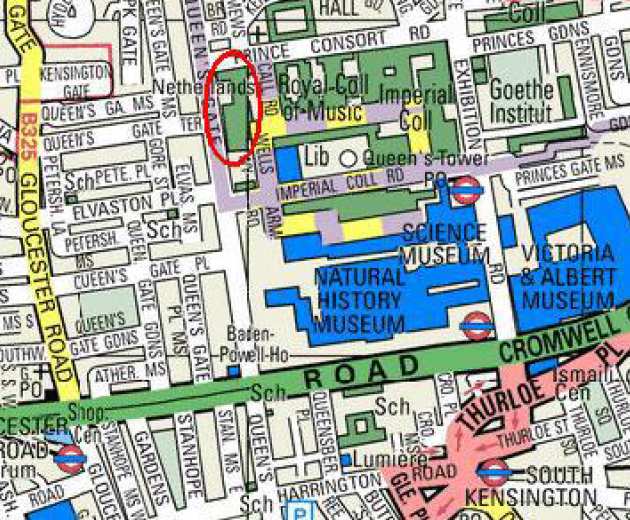 The Physics department offices are in the Blackett Lab on the corner of Queens Gate and Prince Consort Road, with the entrance on Prince Consort Road.  This is physically joined to the Huxley Building which has an entrance on Queens Gate.  The Theoretical Physics office is on level 5 of Huxley Building and the group is on level 5 and 6. Take the lifts to level 5 in either building then follow the signs.

For maps and further details on how to reach us or any other part of campus try the  Physics Department  or Imperial  web pages. Parking spaces in college are scarce during working hours and must be booked in advance. Parking nearby is extortionate.